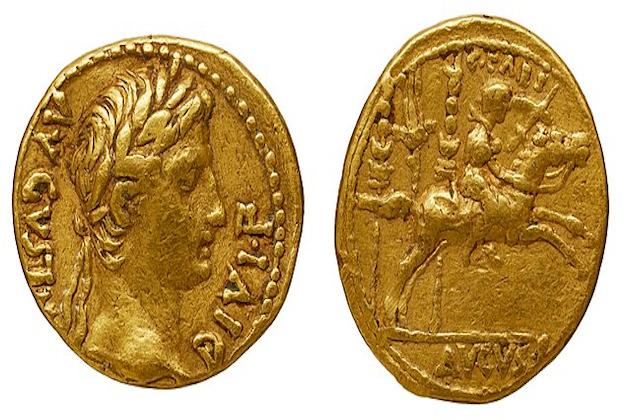 MADRID, Spain: A collection of 53 perfectly preserved gold coins from the Roman Empire, one of the largest collections ever discovered in Europe, was discovered by brothers-in-law Luis Lens and Csar Gimeno off Xbia, in Spain.

According to the Associated Press, the two amateur divers were snorkeling and removing trash in the Mediterranean Sea when they discovered a shiny object that looked like a “dime”, quoted Spanish newspaper El Pais.

After retrieving and examining the object, they noticed an inscription with an ancient Greek or Roman face and assumed it was jewelry, before discovering seven more coins.

A team of divers and archaeologists then found a total of 53 gold coins, three nails and what appeared to be the remains of a chest.

After the pieces were analyzed by scientists from the University Institute for Research in Archeology and Historical Heritage, they were dated from the end of the 4th century to the beginning of the 5th century.

In a press release, Jaime Molina, head of the team of underwater archaeologists at the University of Alicante, said: “This is one of the largest sets of Roman gold coins found in Spain and Europe “.

The discovery could provide new information on the final phase of the fall of the Western Roman Empire, he added.

Researchers were able to identify the emperors on the coins, including Valentinian I, Valentinian II, Todosio I, Arcadi and Honorius.

The coins could have been intentionally hidden to prevent looting and could shed light on times of insecurity in the Roman Empire with the arrival of barbarian peoples, such as the Suevi, Vandals and Alans, which led to the eventual downfall of the empire, historians have said.

The University of Alicante said the pieces will be restored and exhibited at the Soler Blasco Archaeological and Ethnographic Museum in Xbia.

Swimming in an uncertain sea