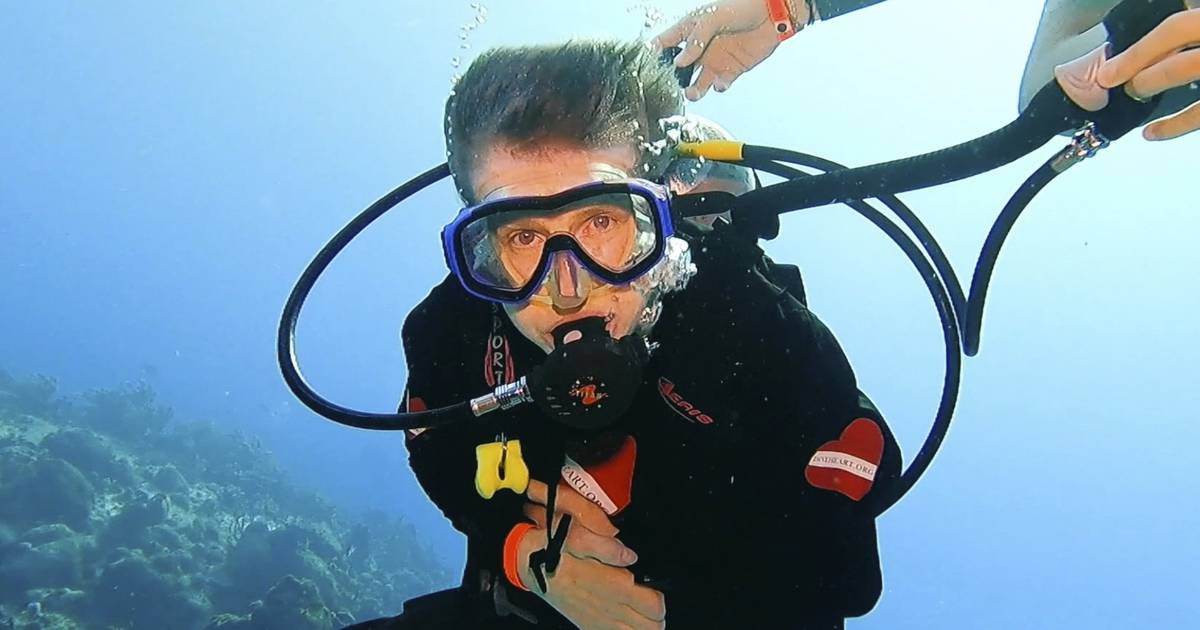 Friends of Barb Mabbs have long described this charming Batavia woman as a star.

Even a cursory glance at what she has accomplished in her 67 years, the vast majority in a wheelchair, certainly deserves applause.

Despite, or perhaps because of, her struggles with a hard-to-diagnose degenerative disease much like multiple sclerosis, Mabbs approaches life with an exuberance and passion that most of us would envy but struggle. to imitate.

Not only has she volunteered hundreds of hours on non-profit boards, many of which serve adults with disabilities like her, but she has also been involved with Batavia Access Television, enjoys swimming, camping and hiking. canoe and has her own parking spot and a reserved seat at the Kane County Cougars stadium because she is such a fan of the game and the team.

“If I really want to do something, I’ll find a way to do it,” Mabbs says, noting that her quest to stay independent and adventurous is what others insist set her apart.

But Mabbs definitely deserves the red carpet treatment after a documentary featuring her on one of her many escapades recently debuted on Amazon Prime.

After watching “Adapting to Dive” a few nights ago, I agree: Mabbs indeed stands out among a memorable cast in a remarkable film that not only dives into the deep blue waters of Cozumel, but also dives into the lessons we can learn when life throws surprising challenges at us.

How? By learning to connect and trust each other, the same way these disabled divers come to rely on their water buddies.

If that sounds like a lot to unpack in a few short paragraphs, let me go back to another star of that movie, Jim Elliot, who started the Diveheart Foundation in 2001 to help injured veterans, children, and other adults. disabled to experience the therapeutic wonders that underwater activity can provide.

I was lucky enough to meet the man from Downers Grove in 2017 when he and his volunteers were teaching scuba diving at the Fox Valley Park District Vaughan Center to a class from the DuPage County Veterans Center. At the time, Elliott was in serious discussions with a developer and local officials about building the world’s deepest hot pool in downtown Aurora that would be used for research, rehabilitation and training for this program that gives people with disabilities – such as chronic pain, spinal cord palsy, cerebral palsy, MS, autism, PTSD and brain injuries – the well-documented benefits of physiotherapy in a weightless environment.

But another major part of this non-profit organization is its diving expeditions to some pretty cool places around the world. Diveheart had about 3,000 such trips under its belt when COVID hit, so there was a lot of pent up desire for the December expedition to Cozumel, Elliot said.

He and Diveheart executive director Tinamarie Hernandez were at the Mexican resort planning the trip when they met David Marsh, an Arizona filmmaker who was on a dive vacation trying to cope with the depression and a sense of bankruptcy failure. , a divorce, and her beloved son’s ongoing battle with addiction.

Intrigued by Diveheart’s mission, he and Elliott discussed the possibility of making it into a documentary. But talking is cheap, of course, and neither thought the conversation would go anywhere, until Marsh returned to the real world.

Still feeling lost and hopeless, he wondered if spending time with these adapted divers might help him rejuvenate. And so, plans have been made for the filmmaker, along with his brother and fellow cameraman, Scott Marsh, to join Diveheart for this December excursion.

On Thanksgiving Day, a week before he was to fly to Cozumel, Marsh’s life hit a new low when his son overdosed and died.

Instead of canceling the trip, however, he and his family made the decision to postpone the funeral until he returned from Cozumel, where he would at least have something to distract him while struggling with such a monumental loss.

Marsh hasn’t told anyone about his son’s death. And it’s here that the film takes a new direction, focusing not so much on the adaptive divers’ individual stories, but on how they and their diving partners taught this grieving father valuable lessons for coping. to the really difficult obstacles of life.

Which brings us back to Mabbs, whose sense of humor and nothing is impossible attitude likely contributed to the time she spent on camera, not just for seated interviews, but while she was underwater about 80 feet, surrounded by crystal blue ocean and floating as freely, as independently as the exotic sea creatures that shared this breathtaking domain.

My favorite scene – and I’m guessing Marsh’s too – is Mabbs planting her feet on the sandy ocean floor, then running in slow motion alongside her dive buddies in a sequence that made me smile and cry, all giving me chills.

“The best thing is for me to get up from my chair and carry on,” she told me later when I asked about the moment. “When I dive, I am free.”

Mabbs, who started diving in 2003 and joined Diveheart five years later, saves her money carefully so she can afford a few trips a year – she has also enjoyed destinations in the Caribbean and Central America – because “the scuba diving is my zen place”.

When the group goes out on the boats in the morning, “we are all disabled people,” she added. “But when we come back, we’re all divers with shared experiences.”

It was this connection to each other, this learning to trust when feeling hopeless and vulnerable, she said, that “healed David’s heart” and added depth to a project that, as Elliott described it, began as little more “than a Diveheart infomercial”.

In the documentary itself, Marsh reveals how, with input from friends and colleagues, he came to understand the life-changing power of history captured on film. As for the folks at Diveheart, it “also reminds us why we do what we do, and the incredible strength, courage and inspiration that these folks give us,” Elliott said.

The May 18 premiere of “Adapting to Dive” took place at the Tivoli Theater in Downers Grove and was enjoyed by a few hundred people including the filmmaker and Diveheart volunteers who came from all over the country including d Hawaii, as well as the Philippines and Honduras.

Marsh stayed in the area until last week, Elliott told me, helping put together a video about the deep-sea facility Diveheart still wants to build. Right now, he said, the best bet is on property in North Chicago, an underserved community near the Lovell Federal Health Care Center for veterans, and has a mayor who is a diver. “so he gets that on another level”.

Certainly, the exposure of Amazon Prime can only help draw more attention to this foundation, which already hopes to expand its pool program in 200 communities. And that attention suits Mabbs perfectly, who loved watching herself on the Tivoli’s big screen and hopes many streaming subscribers will check her and other divers out on their small screens.

“Did I come down from cloud nine? Not really,” admitted Mabbs, whose real star power comes from his ability to “take things as they come and do my best.

And that attitude doesn’t hurt either: “Sashaying your way through life,” she insisted, “is the only way forward.”