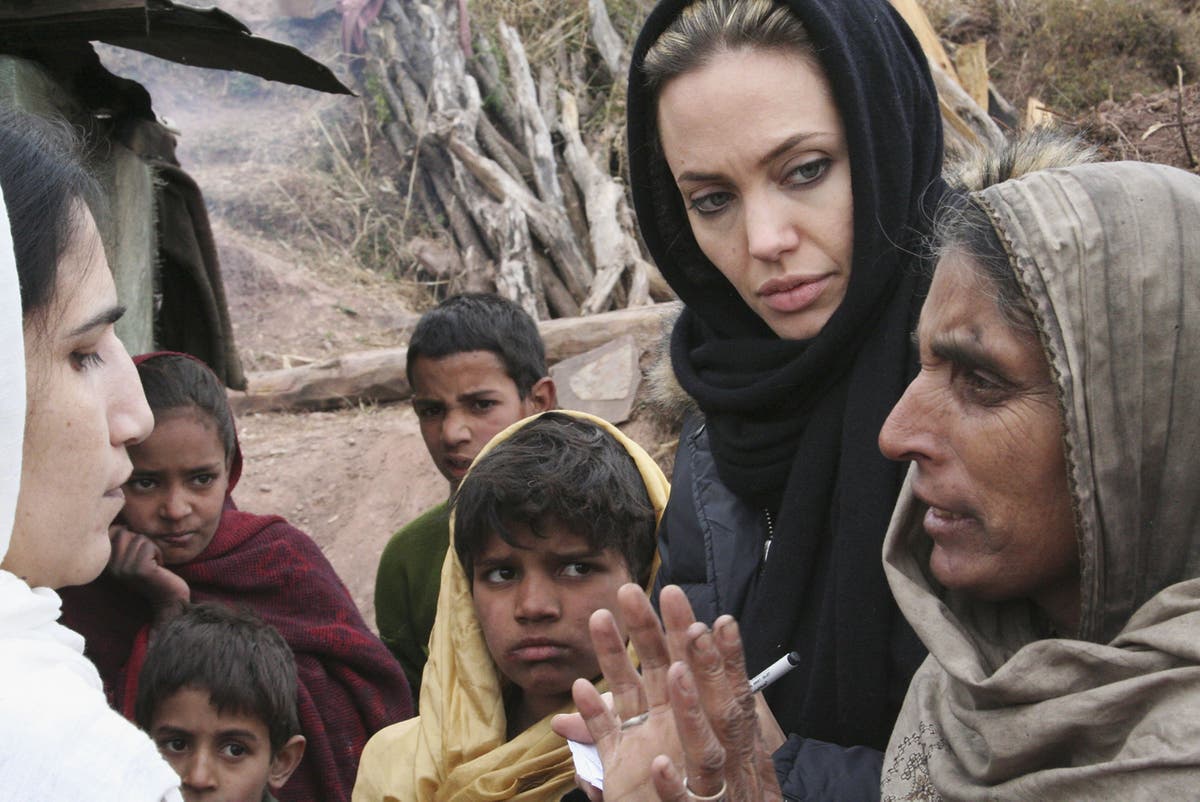 Hollywood star Angelina Jolie has arrived in Pakistan to support victims of the historic floods which affected more than 33 million people.

Television footage from Pakistani media shows Angelina Jolie, Goodwill Ambassador for the United Nations High Commissioner for Refugees (UNHCR), arriving at the airport in Karachi, the capital of the southern province of Sindh, where floods have killed 692 people in the last three months.

The climate crisis has led to catastrophic floods in the country with the death toll now at 1,559 including 551 children and 318 women. Officials have warned that it could take “up to six months for floodwaters to recede” in the hardest hit areas.

Jolie reportedly went to see the flood-affected areas in one of the worst-hit areas of Dadu where waterborne diseases have also caused nearly 300 deaths since July, and spoke to people about their needs.

According to the International Rescue Committee, a leading international aid group, Angelina Jolie is traveling to Pakistan to support communities affected by the devastating floods.

“Ms. Jolie is visiting to testify and understand the situation, and to hear from those directly affected about their needs and the steps that can be taken to prevent such suffering in the future,” the IRC said in a statement.

“Ms. Jolie, who has previously visited victims of the 2010 Pakistan floods and the 2005 earthquake, will visit IRC’s emergency response operations and local organizations helping displaced people, including Afghan refugees.”

The visit comes as Pakistani Prime Minister Shahbaz Sharif is in New York for the 77th session of the United Nations General Assembly, where he is due to highlight the damage caused by climate change-induced floods in the impoverished country.

Pakistan has suffered more than $30 billion in damages from the floods which have been attributed to the man-made climate crisis by scientists.

Pakistan, which contributed less than 1% of global carbon emissions, is one of the countries most vulnerable to the impacts of the climate crisis and has demanded that rich countries pay for climate reparations.

Meanwhile, an outbreak of waterborne and viral diseases such as malaria, dengue fever, diarrhea and skin infections has overwhelmed the system in all provinces as several areas continue to be overwhelmed.