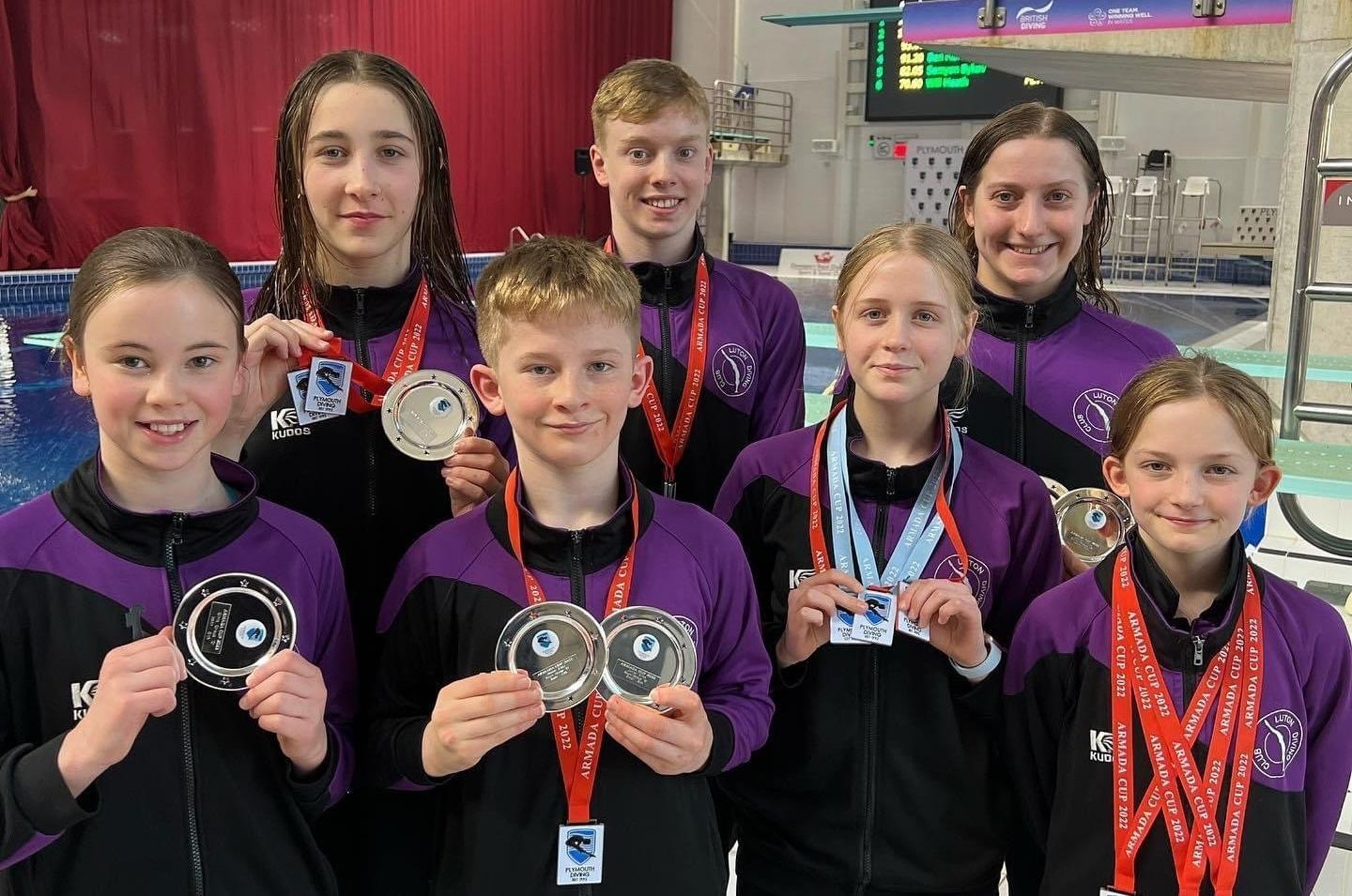 By Charles B. Wright On Mar 25, 2022
Share
Members of the Luton Diving Club

Nine members of the Luton Diving Club, along with head coach Stephen Hewat, recently traveled to the Life Center in Plymouth to compete in the Armada Cup.

The competition is the only one to offer both age group and elite junior competitions and is an opportunity for age group divers to qualify for the National Age Group Finals (NAGS ) which will be held later this year.

There were several successes for divers from all four age groups in Luton as Finn McFarlane and Sarah Brockie enjoyed their first experience at this level.

Brockie was 17th in the 1m and 21st in the 3m, while McFarlane was 12th in the 1m, 11th in the 3m and ninth in the platform, with both divers qualifying for the NAGs in the 1m, an impressive result for their first competition by age group.

Lucy Parker and Olivia Sykes had outstanding performances in their preliminaries and qualified for all available finals.

Sykes produced a stunning performance to win gold in the 3m as she also finished third in the platform and fifth in the 1m.

Parker went on to win silver in the 1m and 3m, as well as bronze in the platform.

There was equal success in elite competitions with divers from Luton making all their finals.

In the women’s Group A event, Lily Chandler and Katie Cripps faced off as Chandler won bronze in the platform and 3m, finishing fifth in the 1m.

The elite boys faced stiff competition in their final with Jorden Fisher-Eames (Group B) taking silver in the platform, fifth in the 1m and sixth in the 3m.

Max Hill (Group A) won silver in the 1m and platform, finishing sixth in the 3m.

Luton’s youngest elite diver, Sky Fisher-Eames, won the full range of medals on offer with gold on platform, silver on 3m and bronze on 1m.