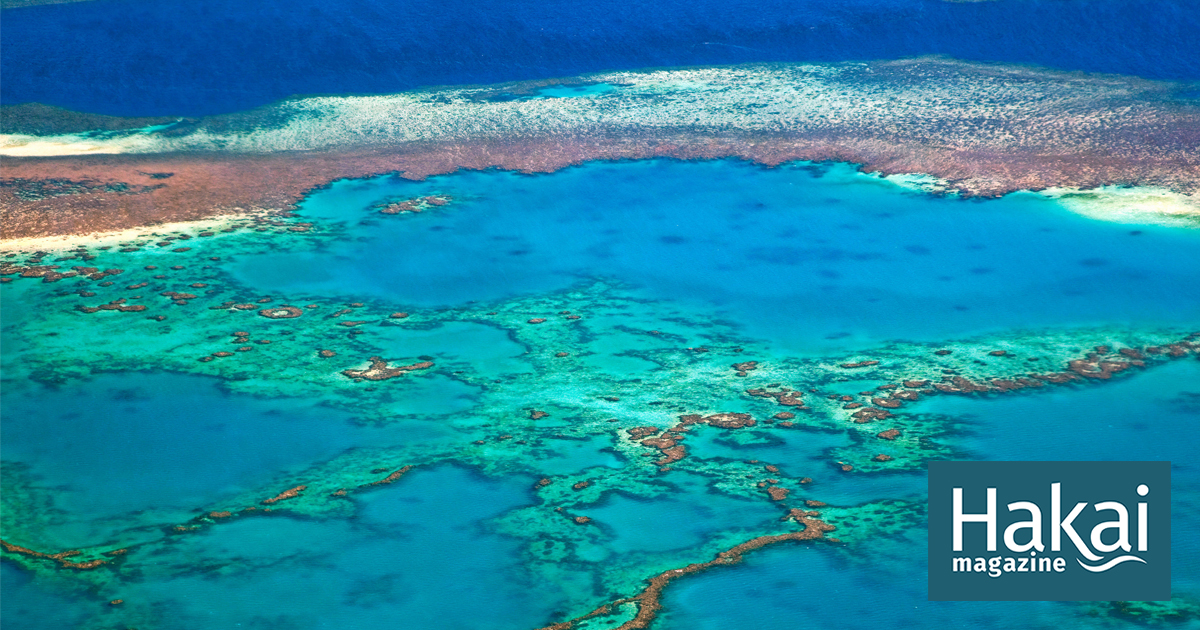 In March 2017, Tropical Cyclone Debbie swept through the Whitsundays region of Queensland, Australia. The force of the storm ripped wide swaths of coral from the Great Barrier Reef, leaving thick blankets of sediment in their place. The natural disaster cost the Whitsundays tourism industry between US$83 million and US$125 million.

“The divers didn’t want to get into the water. It was pretty awful,” says Adam Smith, chief executive of Reef Ecologic, a company that advises on and develops coral reef management solutions. “Not a lot of coral, not much to see. They were happy to walk the islands, but no one was comfortable with the devastation caused by Hurricane Debbie.

As a young marine biologist, Smith was optimistic that the reef could bounce back from anything thrown at it. But these days he focuses more on what he can to take care of it. “I have a different perspective,” Smith says. “The marine environment and my precious Great Barrier Reef is great, but it’s also quite fragile, and we need to have a different relationship with it.”

The year after Tropical Cyclone Debbie, in an effort to bring people back to the reef and become more involved in its recovery, Smith and his team at Reef Ecologic launched the Whitsundays Reef Recovery and Public Art Project. Funded by the Australian government’s $5 million Whitsundays Tourism Recovery Programme, the project included the installation of a series of underwater sculptures on damaged sections of the reef.

The installations consisted of four marine-themed sculptures by local artist Adriaan Vanderlugt: a limestone nudibranch, an aluminum soldier crab, an aluminum boxfish and another marble boxfish. Additionally, Reef Ecologic worked with tour operators, volunteers and citizen scientists to establish coral nurseries to help bring the cyclone-damaged reef back to life.

As a test, the researchers placed the sculptures on a reef off Langford Island, a popular snorkeling spot in the northwest corner of the Whitsundays. They moved the sculptures between three different locations each month: land, intertidal, underwater.

Smith and his team surveyed tourists about their opinions, then compared their results to similar data collected between 2013 and 2017, the year Debbie struck. The results were intriguing. In the end, while tourists weren’t impressed with the reef after it was destroyed by the cyclone, they seemed to see it in a more favorable light after the carvings debuted.

Yolanda Lee Waters, a PhD student in marine social science at Queensland University of Technology, isn’t so sure the sculptures can raise awareness of the marine environment, or even be particularly appealing to tourists. Instead, she suggests, visitors may have seemed excited about the sculpture-laden reef because their expectations had reached an all-time high after years of coral bleaching, she says.

“I’m not convinced that people appreciate [the sculptures] better than the reef itself,” says Waters, who was not involved in the research. “Satisfaction increases because they don’t need to see much to go, Wow, that’s not everything dead or dying”.

Researchers asked more than 400 tourists and locals if they thought underwater art installations were a good idea, with 70% agreeing the sculptures could help revive tourism and even help restore damaged reefs to their former glory, for example by providing new – albeit man-made structures where corals could grow.

Tourists were more receptive to the idea of ​​sculptures than residents, but only if their theme was related to the marine environment. “People were very happy to have something innovative like underwater art, as long as it tied into better education or telling stories about the reef,” Smith says. “They didn’t want art that was out of place.” Tourists also said they were more likely to visit the reef if there were art installations.

The following year, in 2019, Reef Ecologic installed six permanent sculptures on various reefs in the Whitsundays, including a giant stainless steel turtle and a group of manta rays. According to Smith’s monitoring, fish diversity and abundance have increased near the sculptures over the past three years. Reef Ecologic has also launched a citizen science database where snorkelers and snorkelers can share their observations of marine life.

But can underwater art installations really make a difference? Waters remains skeptical. For a public engagement tool to be effective, it must have a clear end goal from start to finish, such as convincing people to support research activities on the reef, she says. “Everyone raises awareness, but what does that mean? Waters said.