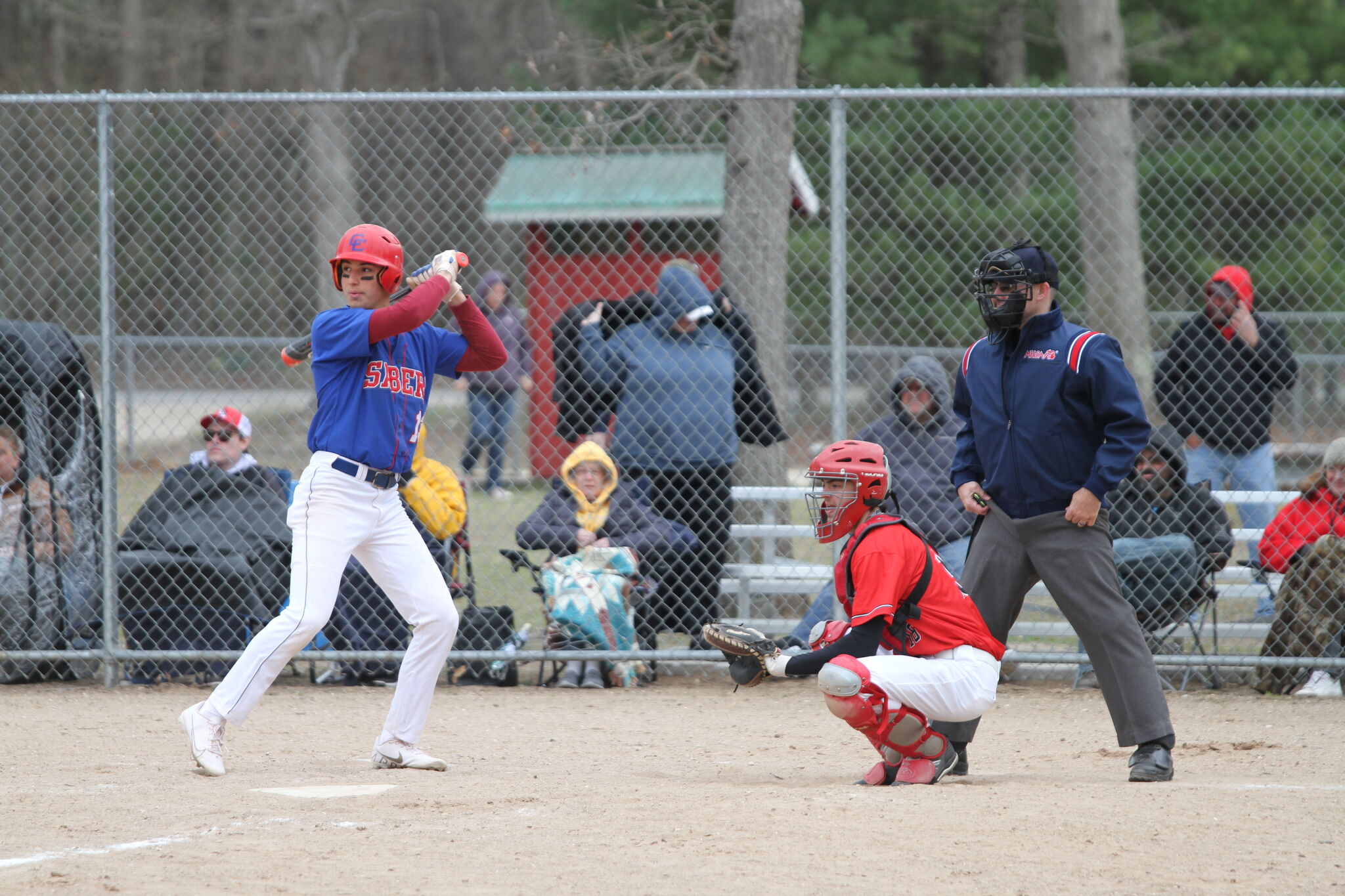 At 17, Pizana is ambitious and driven, but says it’s hard to keep his schedule organized.

Pizana adds that he noticed a difference between high school and college.

“It’s a lot harder when you do it online,” he said. “I think when you’re in class you have more one-on-one time with the teachers and you’re a bit more eager to get involved rather than a Zoom call.

“It’s tough, but if you stay on top of your duties and do everything that needs to be done, then it goes as you want. But you have to make sure you don’t fall behind.”

When referring to future majors, Pizana is interested in accounting and engineering, but has yet to choose a college.

Although there is plenty of time.

For now, he plans to enjoy being a Saber academically, athletically, and socially.

When asked about his favorite sport, Pizana didn’t hesitate, saying he finds himself happiest when playing baseball.

“I love being with all my buddies – it’s just a lot of fun,” Pizana said. “I love hitting the ball and getting in goal. It’s all so exciting.”

Pizana’s passion for the game started the moment he put on a jersey during little league.

“It all started for me at tee-ball,” Pizana said. “Honestly, I felt like I was good at it, so I pursued it. It constantly caught my attention.”

However, he paired his natural abilities with an unwavering work ethic.

As a member of MCC’s upper class, head coach Dillon Rankin, who has known him since eighth grade, says Pizana’s immense growth is impressive.

“When you talk about leadership, he always seems to lead by example,” Rankin said. “He’s very coachable on and off the pitch…he’s always going to work hard for you, he listens and pays attention. Those are things you want to see as a coach and a teacher.”

Rankin went on to say that Pizana’s positive energy helps the Sabers win or lose.

“He’s a leader and he’s always ready to go…he helps guys any way he can,” Rankin said.

“When I’m not ready to bat, I always encourage my guys to be strong at home plate,” Pizana said. “In the dugout, I always tell the guys to get on the fence and start cheering them on because it helps a lot when you’re up there. It’s less stressful when you have your friends behind you.”

Pizana plays in multiple positions on the field, with shortstop, first base, outfield and pitcher.

“He’s your classic utility guy,” Rankin said. “When he got to eighth grade, he played in right field. He also played a little bit in left field for us. I’m confident with him in the outfield; he’s going to grow as a pitcher. is a southpaw, so if his arm gets stronger and he works on his technique, he could be a solid guy on the mound.

Pizana says he is proud to help the team from multiple locations.

“I always go where the coach needs me,” Pizana said. “At the moment I love shortstop, and I started the first one not long ago. It’s been a good experience so far, but the most exciting position for me is the outfield because if there’s a ball coming in, I like to get dirty for it. I like diving.”

According to him, in his first varsity contest, he made two diving catches in right field.

Today, Pizana finds ways to push her skills in practice.

“If we hit ground balls or fly balls, he’s always like, ‘Hey coach, give me one I can dive for,'” Rankin said. “As a coach you get the creeps out of it…he wants something that challenges his abilities. He likes to find where his line is and go even further. I love it – I think it’s a great and beautiful thing.”

Going forward, Pizana wants the team to minimize their mistakes and compete for a conference title.

“On the field, when I’m playing shortstop and we have a little mistake…I always take them and say, ‘We’ll get them next time,'” Pizana said. “It’s important for us to always improve.”

Clean Up the Lake completes 72-mile underwater cleanup of Tahoe