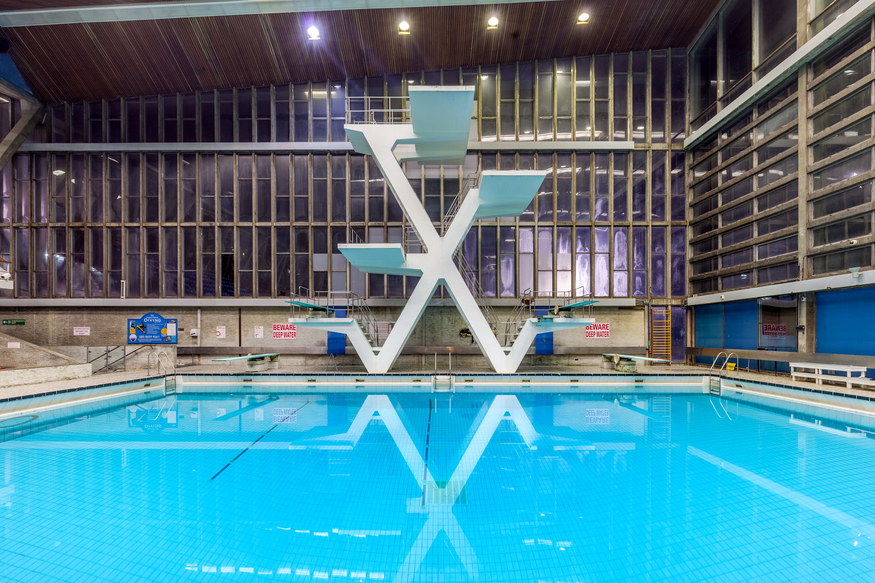 The swimming pool closed in March 2020, following a cracked underwater window, and has remained so ever since, much to the chagrin of the swimmers and divers who use the facility – both casual and professional.

A petition was launched to secure the future of the site – one of the few 50m swimming pools available to Londoners – by stating: the future while providing locals with a place to exercise and have fun . “The petition has now been signed by more than 40,000 people and may well have helped influence Khan’s pledge to allocate funds.

Designed by LCC Architects, the pool opened in 1964 as part of the Crystal Palace National Sports Center (now Grade II listed) and has become a sort of mecca for those training for triathlon and diving events – as well as for school classes, water polo teams and occasional swimming. Its reinforced concrete diving platform is both an invaluable facility for divers and a sort of architectural masterpiece.

Diving gold medalist Tom Daley used the pool for training in his day – like many other athletes who won medals for Team GB – and the Brazilian team even used it as a hub. during the 2012 Olympics.

Ellie Reeves, Labor MP for Lewisham West and Penge, tweeted her joy to learn that the Mayor of London would invest in renovations:

After a tireless campaign led by our wonderful local community, @SadiqKhan has pledged to finance the renovations of the 50m swimming pool and plunge pool at Crystal Palace. Now we need to make sure that this is delivered as quickly as possible and that our pools reopen.

It is not yet clear how much the investment will be or when the renovations will begin, although a spokesperson for Khan noted: “[the mayor] asked his team to urgently call a company to plan and carry out the necessary renovations, in order to maximize the uptime of the pools. “

Into The Wild with Bear Grylls and Vicky Kaushal: Uri’s star dives with Josh

Community Gathers to Celebrate Future Division I Athletes – The Sagamore