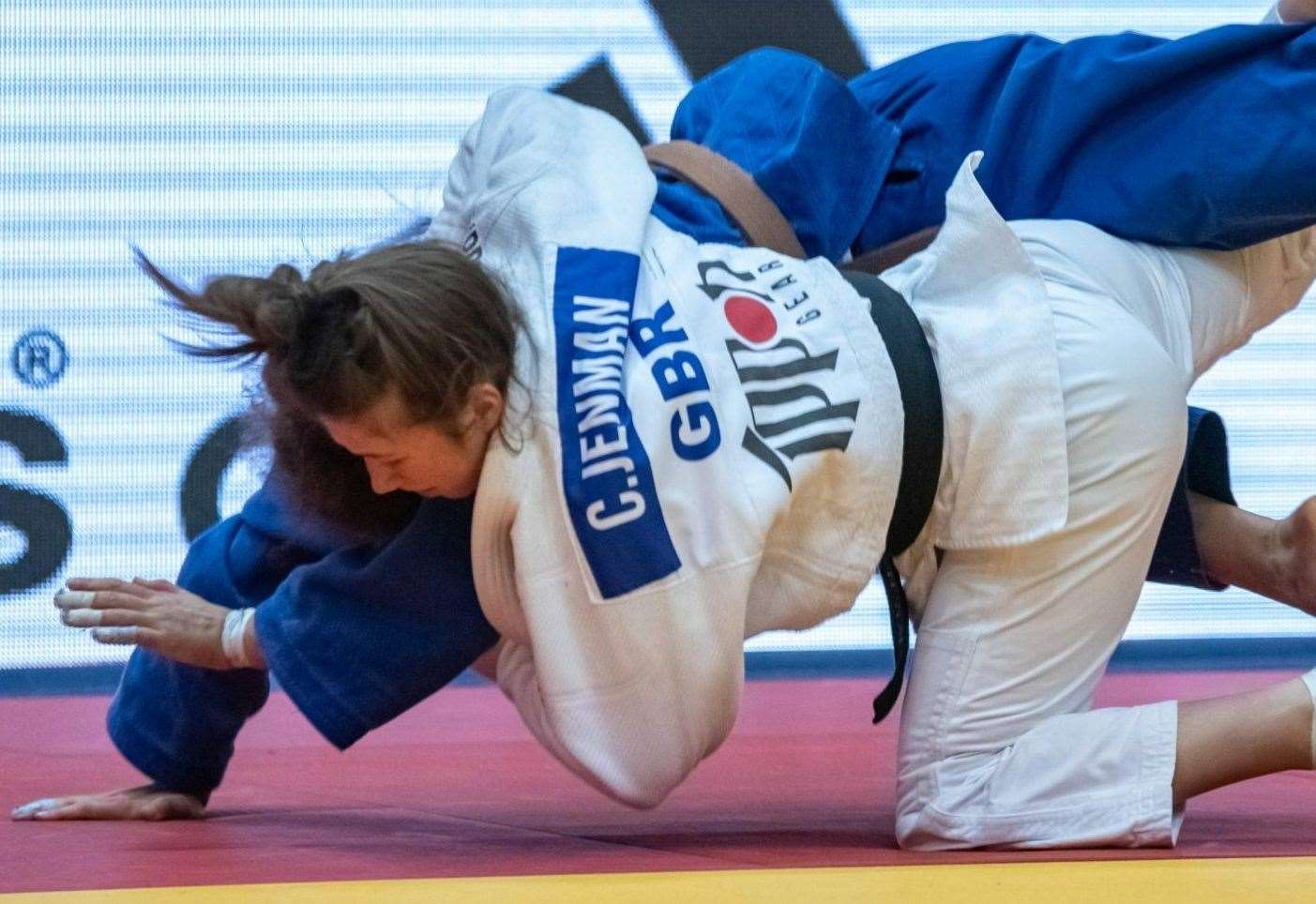 Young judo hopeful Charlotte Jenman could get used to the feeling of knocking down the best in the world.

Dartford star Jenman enjoyed a breakthrough year with bronze at the European Under-18 Championships and a handful of medals on the European Cup circuit.

And his superb 2022 was rewarded with a nomination for SportsAid’s annual One-to-Watch award, shortlisted in the top 10 from a group of 1,000 young athletes supported by the charity in 60 different sports.

The 17-year-old Jenman earned her championship honor the hard way, bouncing back to beat world No. 1 Michela Terranova after committing a foul in her semi-final.

She said: “I had a few training camps before the Europeans, my coach has good contacts and he made sure my preparation was ideal.

“I felt good going there and I knew I was going there to win a medal. I was really happy with my performance, it was one of my best of the year.

“I was really discouraged after the semi-final, it’s the worst way to lose. I always prefer to be dumped.

“Looking at the video you can see I couldn’t believe I beat her. When I threw her they didn’t give points but when they did it was amazing .

“I think people now see me as that player to watch.

“It makes me happy that they see me like this and makes me want to keep working, so they are always watching over me.”

One of Jenman’s main strengths is the variety of his judo, also adept at ground wrestling techniques known as ne-waza and snapping throws.

She credits her father, Jack, for getting her started in the sport and first coach Andy Dodds for helping her believe she could make it to the top.

“Andy turned around and said to dad ‘she’s naturally gifted, she’s got it,'” Jenman said. “From that moment, people saw the potential in me.

“When you hear those words, it makes your day as a kid and knowing that they thought I could go far. The Olympics seem so far away, but you start to feel like it’s not impossible.

Jenman then played for Team GB at the European Youth Olympic Festival in Banska Bystrica, Slovakia. She relished her first taste of the five-ring circus.

She said, “It felt like the real thing, just for kids. It was brilliant.

“I made some brilliant friends there. The atmosphere was so different from what I am used to in judo competitions, we traveled and encouraged our teammates.

“I may not have come away with a medal, but I came away with good friends and just had the best experience.”

The One-to-Watch Award was launched in 2006 to highlight the outstanding achievements of Britain’s brightest young hopefuls, with Tom Daley, Hollie Arnold, Courtney Tulloch, Amber Hill, Morgan Lake and Alex Yee among the past winners.

Jenman, who received her support from SportsAid through the Backing The Best program this year, said: “Honestly, it feels great.

“There are some incredible athletes that are part of SportsAid and it’s great that my achievements this year have shined through.

“You see the Olympians and the medalists who have already won it – I’m not at that level yet, but it’s very inspiring, it’s unreal.”

The winner of SportsAid’s prestigious One-to-Watch Award will be revealed at the charity’s Celebrate the Next event, supported by Royal Bank of Canada, in London on Thursday November 17. Visit www.sportsaid.org.uk for more information.