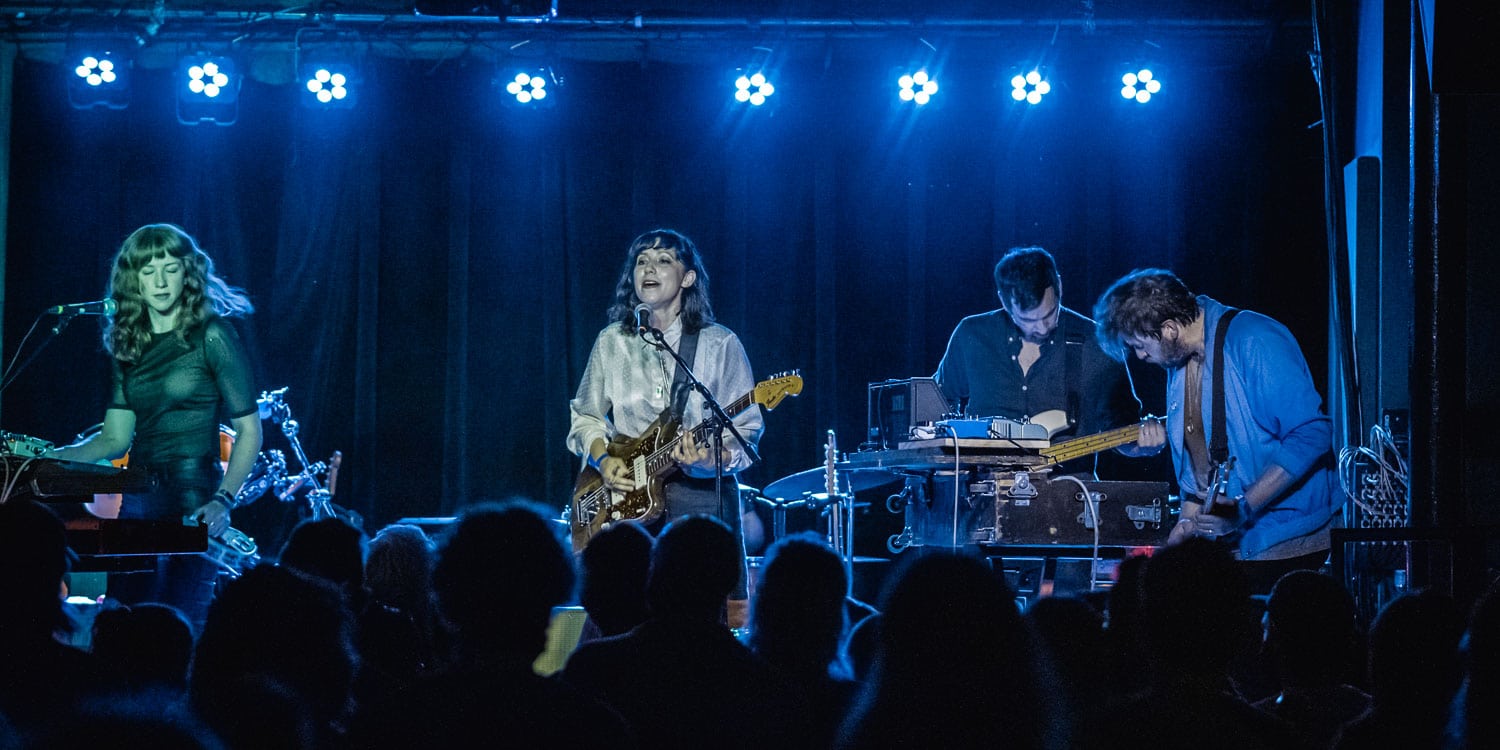 Deep Sea Diver discusses the weight of the hike

Underwater diver released their third album, Impossible weight, in 2020. The album quickly gained critical acclaim and the current tour finally gives Jessica Dobson the opportunity to celebrate its release. The Turf Club welcomed the group of 5 musicians who filled the stage with keyboards, synthesizers, xylophone, drums and several amps. Recreating the sounds and nervousness of the new album, Deep Sea Diver energized an attentive audience.

Speaking to Jessica before the show, she shared that it was a joyous and strange situation to be on tour while still in the midst of a global pandemic. The resilient group changed their behavior to stay safe and avoid contracting the variant. This means more take-out, mask requirements for their audience, and limited interactions between fans after the show. For Jessica, being on the road was a given.

â€œI have always liked the road. I love playing. It’s just part of my DNA. I think the things that I missed so desperately were just being with people who also love music and who love to go to shows. It’s such a common aspect of who we are. It was very nice to come back. I don’t miss the smelly green rooms, but I’ll take it, if that means we can take a tour.

Another adaptation to our current state is the road Underwater diver crosses the country. They don’t play in any of the places that rebel or don’t have a warrant in place. There is too much risk and income that can go missing if you have to quarantine. A positive test means cancellations and loss of money on an already strict tour.

There is also a bit of a time travel spirit when going on tour, especially with the long downtime. The songs are written years ago, then recorded, released and finally the tour ends the cycle. Impossible weight focuses on the themes of vulnerability, finding oneself and having an empathetic insight for others. It all has to do with the feelings and situations that we have all been through. Does it make it easier to rekindle those feelings when you run them now?

â€œI’ve always tried to embody a spirit of rejuvenation in the songs and in the meaning, trying to add something different to it each time we play or channel the spirit it was written in. I also focus on how I connect with the people who have come to the show. And so I never feel like I’m going on forever, even though I sing the same song over and over again.

Kicking off their set was two of the album’s biggest hits, “Lights Out” and “Impossible Weight”. Both catchy and dynamic, she quickly caught everyone’s attention. Hear “Wide Awake” from their Secrets and “Keep it moving” from the History speaks fits perfectly too, showcasing Jessica’s guitar work and her drums breath. “Great Light” sent the band off for a slower track that featured keys and guitar. It was a timely respite that immediately recovered during “You Go Running”.

The end of the set was marked by “Eyes Are Red” which had an extended blackout and ghostly “have no fear” whispers filled by the group. Jessica stepped on their light box and got stuck above the crowd. Leaving the box, the group fell silent, then picked up the pace. It was that common moment that Jessica hinted at when everyone felt connected in a special place.

Any band on tour is always trying to recreate a recording and keep it fresh. Jessica spoke about this potential conundrum.

â€œI think duplication can stagnate. And so, when you are hyper focused on trying to recreate something, you lose the magic of spontaneity. We never trigger entire songs. We try to play everything live and yeah just roll with what that sounds. “

One of Jessica’s fondest memories of playing in Minnesota was at 7th Street Entry and seeing Prince walk through the doors with a cane and a cool costume. While there wasn’t a legendary appearance at the end, we all left feeling like royalty. Check out Deep Sea Diver on the rest of their tour dates here.

Around the Book – UIndy Athletics