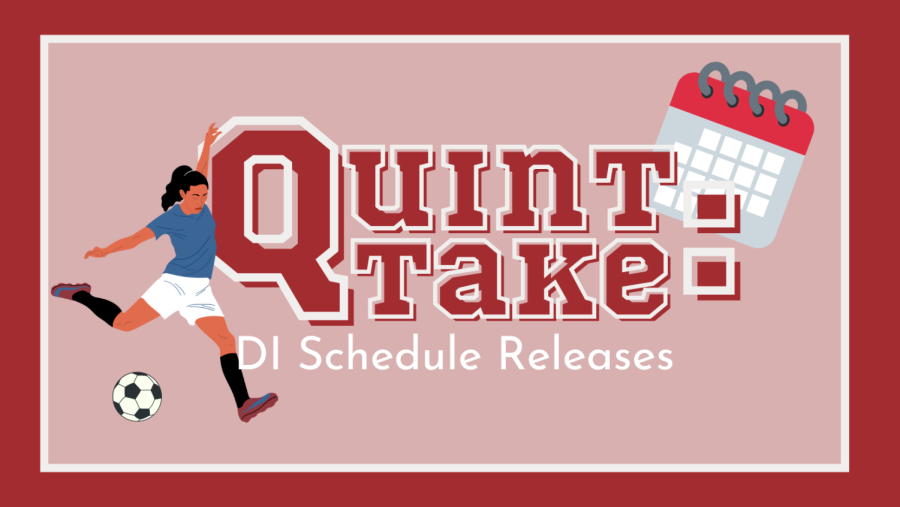 Division I is upon us. After a long summer of waiting, Fall 2022 Athletics has begun. For sports fans, we won the first USI Division I schedules. Many important things come from sports schedules like: Who are we playing against? How many home games will there be? Do we even have a chance at the DI level?

The board of directors decided to move varsity athletics from NCAA Division II to Division I on Feb. 7. USI officially became Division I on July 1, joining the Ohio Valley Conference. This year will be something special, and the excitement is greater now because we know our competition.

The transition to DI also means more exposure for USI. As a member of DI, we are now able to stream on ESPN+. We may not be able to make all the matches, but now we can watch them all. Below, I’ve listed a few games you don’t want to miss along with highlights of the schedule releases.

On Sunday, women’s soccer was 2-1-1 after being tied with Northern Illinois University. In an exhibition game against Murray State University, the girls managed to tie. This team has much to celebrate with the return of women’s soccer head coach Eric Schoenstein.

Schoenstein has led USI to the last three Great Lakes Valley Conference Finals, winning one of them in 2019.

The recent success, plus the addition of freshman midfielder Peyton Murphy, gives me enough reason to believe the team will have a stellar season. Murphy was heavily recruited from Division I.

“She had a huge impact and established herself very early on,” Schoenstein said. “She did an amazing job acclimating to DI, our culture and just passed away.”

Most of their program sounds exciting, but I want to highlight their Oct. 9 game against Lindenwood University. USI and Lindenwood have a history after their transition to the OVC. I would like to see more rivalry come out of the game.

It’s no secret that there’s a buzz on campus about the swim and dive team. The culture created in the program even before the start of pre-season is contagious.

Cameron Kainer, Swimming and Diving Head Coach, has been very active on social media, getting fans excited. Despite the expected recruitment from Division II, Kainer did not let this affect them in the recruiting process once DI was announced.

“The GLVC is very much like the kind of conferences we were said to be a part of for Division I,” Kainer said.

The swim and dive team will look to put on a show every meet to make their mark in the OVC. The first home game is against Valparaiso University on October 1st. I think the stands will be full and the energy will be there.

“Valpo is really comparable to us, even right now,” Kainer said. “I think we’re going to pack the Aquatics Center with an opportunity to win.”

Women’s basketball has some notable matches with much praise.

In December alone, they face Murray State University, Butler University and Cincinnati University. After dominating their final year of the GLVC, the Screagles will get the chance to show how good they are in DI against notable teams. I believe Women’s Basketball Head Coach Rick Stein, Women’s Basketball Assistant Coach Randa Gatling, and Assistant Coach and Alumna Emma Dehart have what it takes to push this team far yet again.

Cross country has a short season this year with only four matches combined, not counting the OVC Championships, through September and October. “Live at the Lou Classic”, the third meeting of the year, will be the meeting to watch. Rider training will begin to be pushed as the OVC Championships approach. This will be the time when they will have to give what they have to qualify.

This year will be memorable. Not only do we see the first stepping stones for USI athletics in DI, but the reasons why the transition happened.

Underwater expedition aims to unlock the mysteries of the Maldives