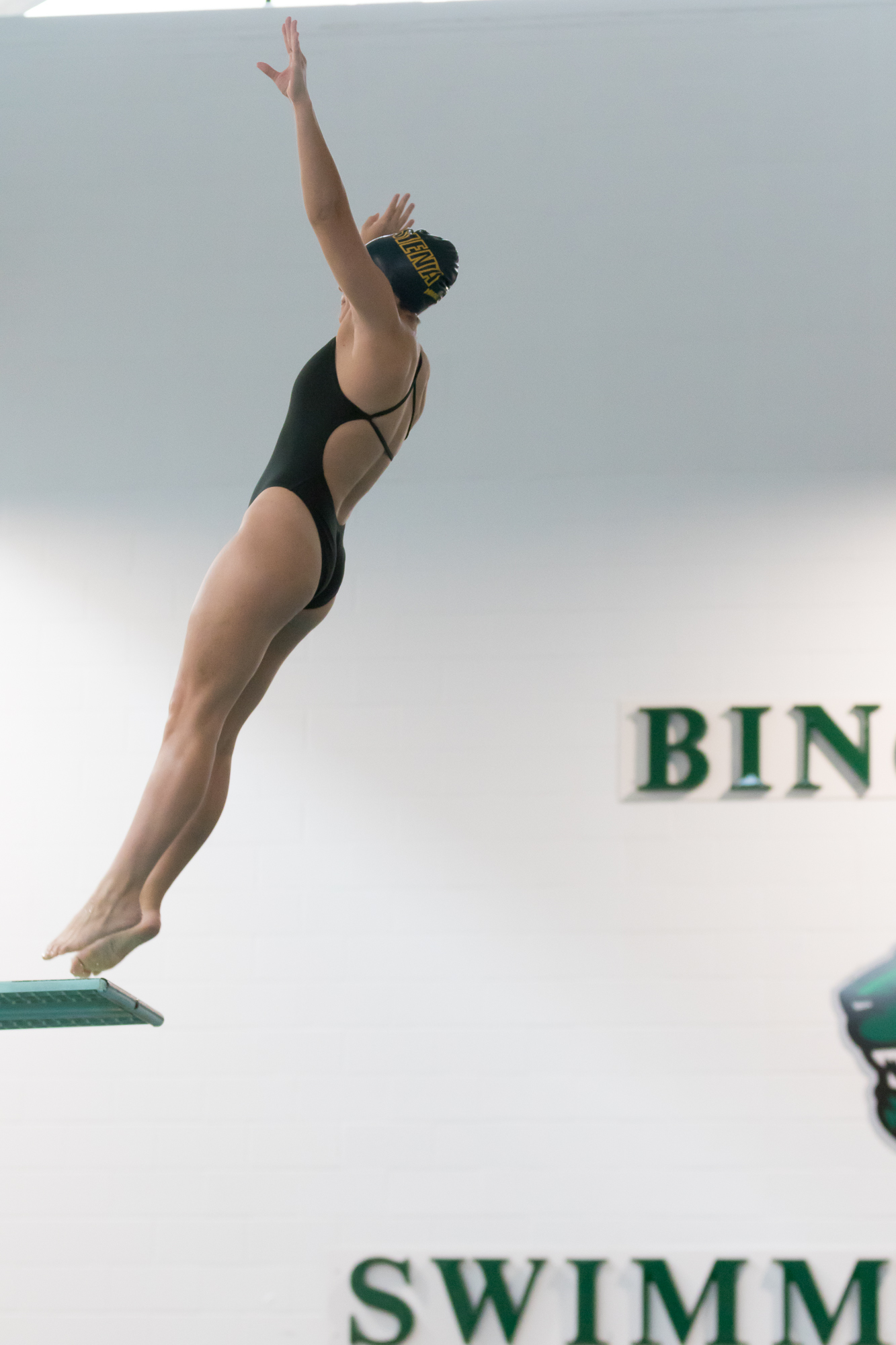 The Siena women’s swim team did not compete last season due to the pandemic, but junior diver Lydia Delano is on the right track this season after a strong freshman year.

Delano, of Burnt Hills and Burnt Hills-Ballston Lake graduate, was named the Metro Atlantic Athletic Conference Diver of the Week on November 24. It was his second weekly honor in the first four competitions. She won the final honor when she finished first in the 1m and second in the 3m as the Saints were beaten 133-108 at Stony Brook on November 20. Her 1-meter (295.27) and 3-meter (302.47) scores qualified her for the NCAA Division I Zone Championship in February. Both are personal bests.

As a freshman in 2020, Delano was named the rookie diver of the competition at the MAAC Championships when she finished eighth in the 3-meter. She was later named Rookie Diver of the Meet at the ECAC Championship after finishing ninth in the 1m.

The 6-foot-4 first-year forward was named Empire 8 Conference Rookie of the Week on Monday after his best game yet for the Sage men’s basketball team. Norte Dame-Bishop Gibbons graduated to a college career-high 10 points and added a career-high six rebounds to help the Gators dominate Mt. St. Mary 73-67 in overtime on Nov. 23 in Newburgh. Senior Ryan Long (Averill Park High) and rookie Noah Girard (Glens Falls High) see the action off the bench for 5-1 Sage.

The 6-1 forward / center was named the North Atlantic Conference rookie of the week on Monday after a big game for the Cobleskill women’s basketball team on November 23. The Schoharie High graduate had 14 points, five rebounds and four blocked shots. She is averaging 7.7 points and 7.4 rebounds for the Fighting Tigers, who were 3-4 after the win. Cater also has a team record of 18 blocked shots and seven interceptions. She managed a double-double (16 points and 10 rebounds) in a 65-51 loss to Potsdam on November 13.

The oldest scores points for the 2-3 Skidmore Women’s Swim Team. In the final meet of the semester, a 160-66 non-league win over Potsdam on November 14, the Queensbury High graduate swam the third leg of the 400-medley winning relay that was timed in 4 minutes, 32.11 seconds. She was second in the 200 free with a time of 2: 15.31. Edwards also swam the anchor stage of the Thoroughbreds 400 freestyle relay but was disqualified.

The Columbia-Greene men’s basketball team started 0-4, but the Twins get solid play from a trio of local players. Haye, a 6-7 center / forward, is averaging 18.3 and 15.0 rebounds per game and has produced double-doubles in all four games. Sophomore Bryan Bathrick of Germantown (Germantown High) leads the team with 19.0 points per game with nine assists. Greenwich (Greenwich Central) freshman Alex Curtis is averaging 14.8 points per game.

The rookie is enjoying a full season with the SUNY Adirondack women’s basketball team. The Corinth High graduate is averaging 12.1 points and 5.1 rebounds with 15 assists and eight steals. She had 21 points in a 64-62 victory over Hudson Valley on November 10 and 17 points in a 70-33 victory over Corning CC last Sunday. Freshman Sovereign Strickland (Glens Falls High) is averaging 13.5 points per game. She had 22 points in an 85-52 win over North Country CC on November 3.

The CCA and the CFP Foundation will fund $ 75,000 in classroom resource projects and award $ 47,500 in scholarships to future SU educators