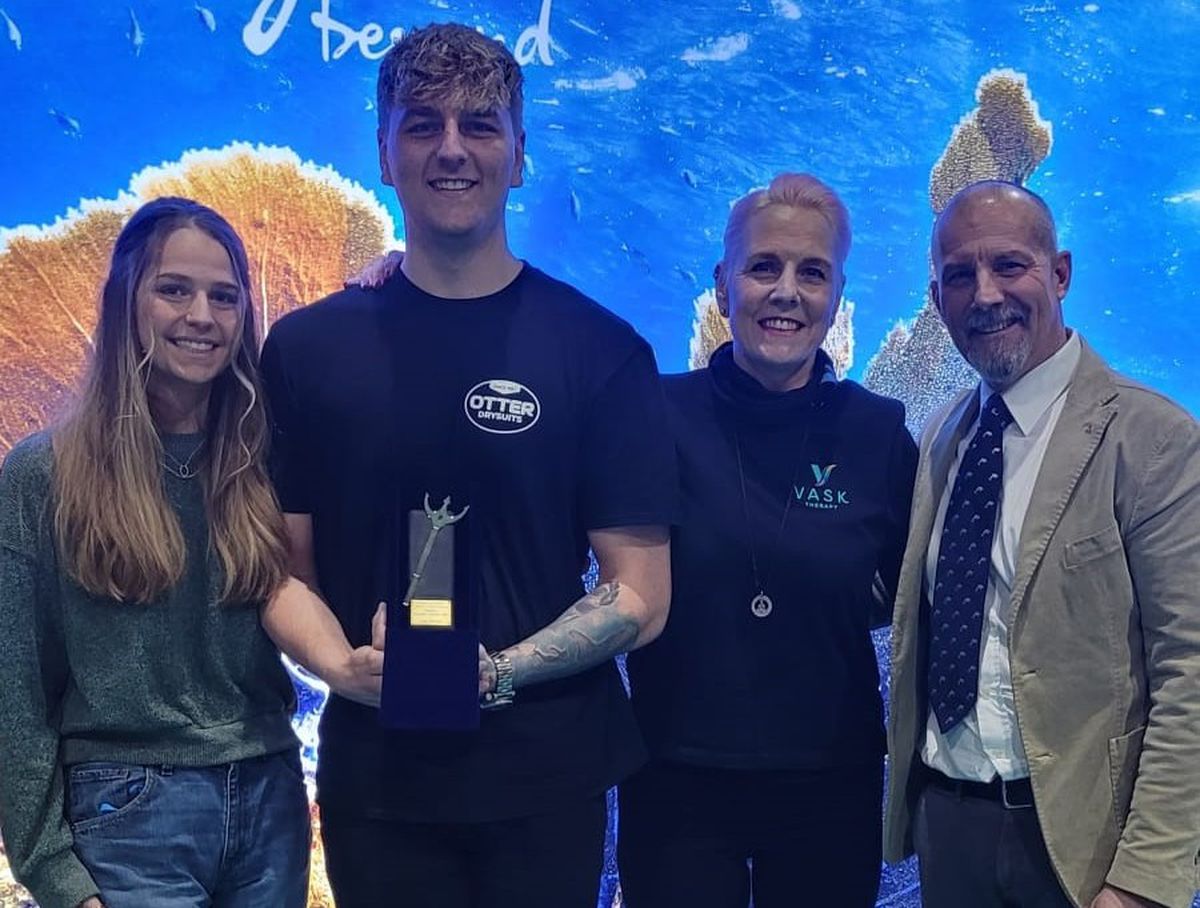 Carl Spencer received the Golden Trident Academy Award from the International Academy of Underwater Science and Technology nearly 13 years after his death while diving in the Aegean Sea.

Mr Spencer, who lived in Kings Bromley, died while leading a National Geographic documentary crew on a dive to explore Titanic’s sister ship Britannic in May 2009 and was awarded at a virtual ceremony.

His 21-year-old son Ben collected the honor in his father’s memory at the Go Diving Show at the NAEC in Coventry under the watch of his mother Victoria Ann Spencer-Kibble and 16-year-old sister Georgia.

Close family friend and member of the Trident Association, Italian diver Edoardo Pavia, who was with Carl when he died, took part in the virtual ceremony before flying in from Italy to personally present the award to Ben.

Ms Spencer-Kibble said she was blown away by the award and spoke of its significance.

She said: “We are truly honored that Carl has posthumously received such a prestigious and rare award. It is simply amazing.

“We are incredibly humbled that Carl’s memory is being immortalized like this in recognition of his extensive global underwater exploration of the ocean where few have gone before.

“I have a favorite phrase which is ‘Legends are born out of nowhere’ and that was Carl.

“Now our son Ben is following in his footsteps. I’m incredibly proud that Ben is receiving this honor as a tribute to Carl.”

During the dive in which Mr Spencer lost his life, he helped place a medical experiment on the seabed close to the resting place of the Britannic which sank in 1916 in the Aegean Sea.

The experiment is due to be brought to the surface later this year and Mr Spencer’s son Ben will be part of the recovery team.

Ben will be the last pair of hands to touch the experiment before it hits the surface where it should be used to aid medical developments, such as antibiotics and viruses like Covid-19.