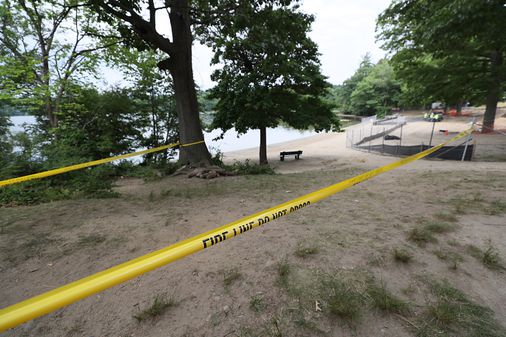 State Police divers on Tuesday found the body of a 52-year-old man, Lynn, who was missing after falling from an inflatable raft on Monday in the Shannon Beach area of ​​Winchester, authorities said.

In a statement, state police identified the man as Alford Garcia, whose body was found shortly after 9 a.m. Tuesday in Upper Mystic Lake.

The statement described Garcia as an “apparent drowning victim” and said he was seen “underwater yesterday off Shannon Beach in Winchester after falling from an inflatable float around 5.50pm”.

Authorities said the investigation “suggests that Mr. Garcia tried to get back to shore, got tired and started struggling in the water, then went underwater. Witnesses tried to rescue Mr. Garcia however could not locate him.

According to the statement, State Police divers and patrols, Environmental Police officers and personnel from the Winchester and Stoneham fire and police departments conducted an “extensive search” until late. Monday night, but could not find Garcia at that time.

“Sonar detected an image at a depth of approximately 13 feet in an area with virtually zero visibility to the human eye,” the statement said. “The divers then dived on the target image, determined that it was the body of Mr. Garcia and recovered it. The State Police Crime Scene Services Section documented the recovery area.

Officials said the area where Garcia was using the float was designated an “unsupervised area” with no lifeguards.

The state Office of the Chief Medical Examiner will conduct an autopsy, authorities said.