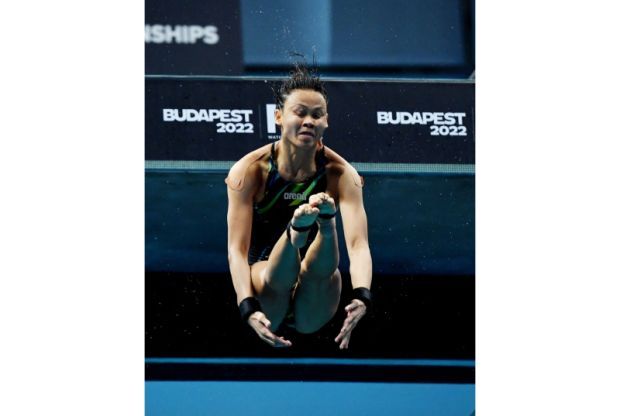 The country’s top female diver, Pandelela Rinong, is convinced that if the NSC doesn’t do drastic measures to stop the dwindling number of divers, Malaysia will lack talent in the future.

“I hope the NSC will take a more serious look at the development of diving to prepare more future talent,” said Pandelela, fresh off winning two World Championship bronze medals in the women’s 10m and synchronized 10m with Nur Dhabitah Sabri.

Five diving events were scrapped from the Malaysia Games (Sukma) in the Klang Valley in September due to low attendance from state contingents. An event can only be held in Sukma if there are at least six participating states.

Some of the diving events only had three state representatives. The events removed from Sukma all belong to the women’s category – 1m springboard, 3m springboard, 10m platform, 3m synchro springboard and 10m synchro platform.

Pandelela became the first Malaysian female athlete to medal at the Olympics in a sport other than badminton when she captured bronze at the London Games in 2012.

She then won a silver medal with Cheong Jun Hoong in the 10m synchronized platform at the 2016 Rio Games.

Malaysia did not win any medals at the last Tokyo Olympics.

And the trend could continue if Malaysia doesn’t build a team for the future.

Meanwhile, in her preparations for the Commonwealth Games in Birmingham from July 27 to August 8, Pandelela will be happy if there was no medal target. The diving competition will take place from August 4 to 8.

“I guess we’ll feel more excited if there’s no medal target for diving at the Commonwealth Games. There will be less pressure on the team, so we can enjoy the competition better,” said Pandelela.

“My goal is just to give my best,” she added.

It would be wonderful if his best resulted in another medal at his third Commonwealth Games.