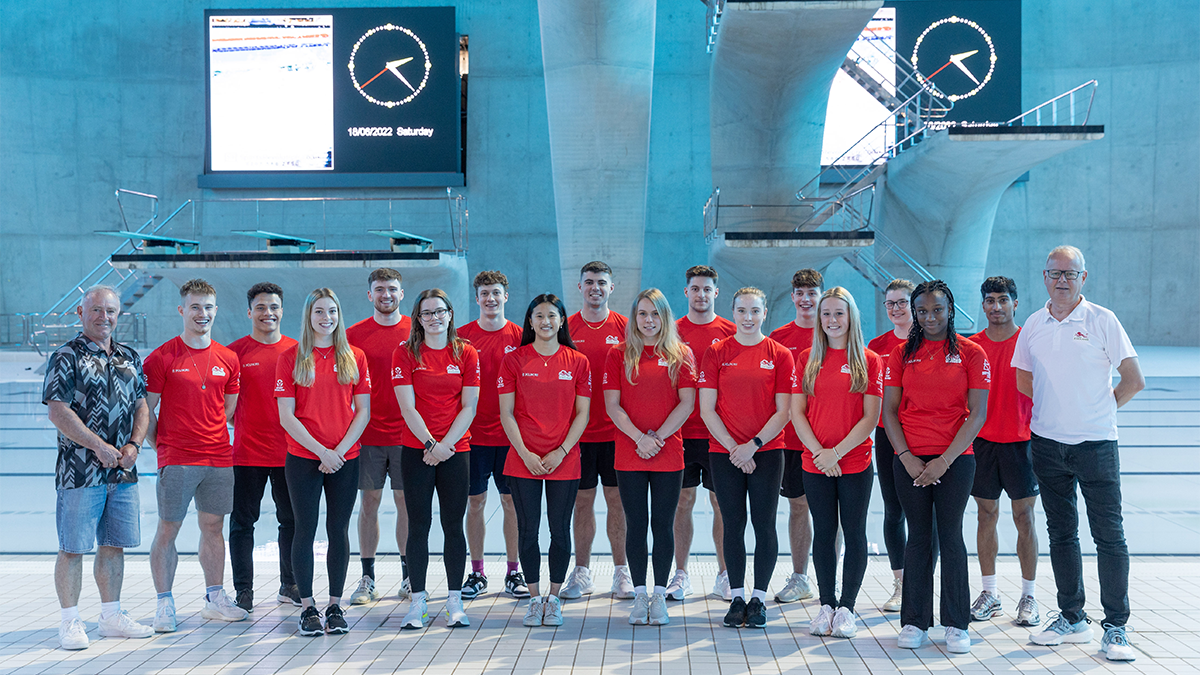 Following the England team’s best ever medal haul of 15 at the Birmingham 2022 Commonwealth Games, there has been a resurgence of interest in diving programs, particularly in the West Midlands.

Their achievements have greatly contributed to Swim England’s West Midlands diving strategy, which aims to provide a sustainable diving program in the region.

After the Games triumph, Olympian and Head of Diving Development for Swim England West Midlands, Sarah Barrow, gives an update on the program and plans after Birmingham 2022.

She explained that the strong performance of the England team, coupled with the excitement around the brand new Sandwell Aquatics Centre, has seen more people in the West Midlands as well as across the country wanting to get involved in the sport.

Sarah said: ‘There has been a definite spike in interest, many people asking when the center will be open to the public.

“People were inspired by the fact that it was a home Games and diving was accessible to watch, whether at the aquatics center or on TV, however, the medal haul exceeded the target. of medals, meaning it was the most successful diving team ever at a Commonwealth Games!

“It was an objective of the Inspire22 strategy in which the West Midlands diving strategy is included.

“It helps achieve a goal of showing partners that diving is a thriving sport where success is achievable at any dive center in the country.”

The England team topped the diving medal table in Birmingham with six golds, four silvers and five bronzes over the five days inside the Sandwell Aquatics Centre.

Barrow thinks this shows the sport is on the rise in this country.

She added: “People see that diving is fun and sociable, you can see that by watching the team. There’s been a real buzz around the personalities in diving.

“Success breeds success and to be seen is to be heard, all divers work incredibly hard with their coaches to be the best they can be.

“Tom Daley gave the team the confidence that with hard work, drive and perseverance medals can be won. When the England team brought home medals from the pool, it gave the divers more motivation to do the same.

“Young divers at the clubs where the England team divers train will look on thinking this is where they want to be and wondering how to get there? And now they can go back and work hard to make it happen.

She believes England and Great Britain’s rise through the diving ranks is due to the hard work of everyone involved in the sport and is confident of more success in the future.

“British diving is in a strong position because we have some of the best coaches in the world.

“Upcoming divers see what it takes to reach the top and effectively copy senior divers, as Anthony (Harding – 2022 Commonwealth Games gold medalist) said ‘I copy homework from the smart kid to the school”.

“Tom left this lasting legacy where Britain strives to be the best at what it can do and I think in Paris and beyond we will continue to excel. We have just had the most successful team at the European Junior and Senior Championships this year as well.

What happens next in the West Midlands?

The strategy that Swim England has in place runs through to 2025, to oversee the legacy and implementation of a full course of diving courses in the centre.

These positions will end in September and February with the recruitment of Learner Dive Coaches in April.

The coaches will provide the lessons but take care of the dive program to make it sustainable for years to come.

Classes will be inclusive and accessible to everyone, including adults. There will also be the Sandwell Diving Club where divers can compete and compete.

Barrow thinks now is the perfect time to get into diving and encourages everyone to get involved.

“Having sessions available for everyone is essential for a successful dive program, from learn to dive to elite diving.

“Now is a great time to get involved, so find your local dive club or learn to follow a dive program and give it a try. You can keep doing it recreationally or you might even be a talent spotted by the next generation of divers!