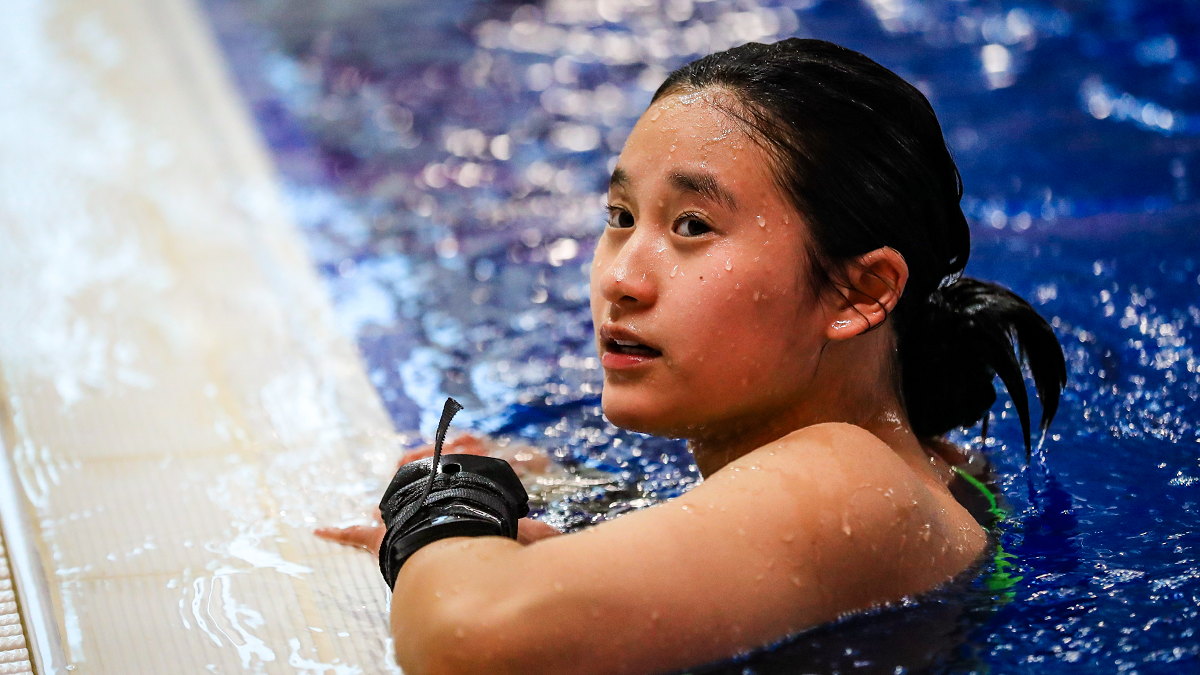 Eden Cheng wants to ‘enjoy the moment’ as she makes Britain’s diving team for the FINA World Aquatics Championships.

The eight-day diving competition takes place indoors at Duna Arena in Hungary and is the first time the event has been held since 2019.

The 2022 World Championships are the benchmark diving competition in a busy year, less than 12 months after a record medal haul for British divers at the Olympics.

Britain won three medals at the 2020 Olympics, the same number they won at the last World Championships in Gwanju where they won a silver and two bronze.

The 14-person British team has a good mix of youth and experience with seven divers making their World Championship debut alongside those with both Olympic and world experience.

Teenager and Tokyo 2020 Olympian Cheng is competing at her second world championships after being part of the British synchro teams in 2019.

This year she has the opportunity to compete as an individual and she is looking forward to showing her talent on the world stage.

“So for me, it’s about gaining experience on such a big stage and not having expectations that are too high for me because it’s my first time.

“I just want to enjoy the moment and whatever happens, happens.”

The crowd gives me “a little more adrenaline”

Cheng, the European gold medalist, is thrilled to be part of the team and to be back in international competition.

She said: “It’s really exciting to be part of such an amazing team with a lot of rookies and experienced veterans on the team.

“It’s a great team to be a part of and we’re really excited to be back in international competition with a big crowd as well.

“Just being back on the World Tour and seeing all the strong performances from everyone around the world is really exciting and it’s amazing to be part of such an amazing team.”

After a tough few years, Cheng believes the return of a great crowd will make a huge difference and believes it will give him an extra edge in the competition.

She added: “It’s going to be strange at first but there were a few spectators at a few national events which was a good step before the bigger competitions.

“Just getting that atmosphere back and having fans in the stands lets us know that people are enjoying the sport.

“It’s been quite difficult recently because there haven’t been any physical people and for an athlete it’s quite daunting not knowing how many people are watching.

“I think having people there gives you a bit more adrenaline and it makes the competition a lot more enjoyable in general.”

At 19, Cheng is still in the early stages of her career and is grateful for the family feeling within the team, allowing her to benefit from the experience of those around her.

“It’s a great feeling around the team,” she said. “I’ve been traveling with this team for a while and it’s like my second family.

“I also think these top world medalists, Olympic champions, Olympic medalists, just to have their stories and their advice is just amazing.

“I can train alongside them. Just learning little tips from them is exhilarating and exciting to be a part of.

Coming into his second world championships, Cheng shared his advice with the team members who are set to make their debuts in Budapest.

“I think my advice would be to have fun,” she said. “Soak in and don’t be afraid because you’ve earned your place on this team and you’re meant to be here.

“I think when I made my debut, the pressure I was putting on myself made me think ‘am I really supposed to be here?’

“But for those who are here for the first time, just know that you came here of your own free will, so get out there and enjoy.

“You dive alongside your diving heroes, your role models, so have fun and relax would be my message to them.”