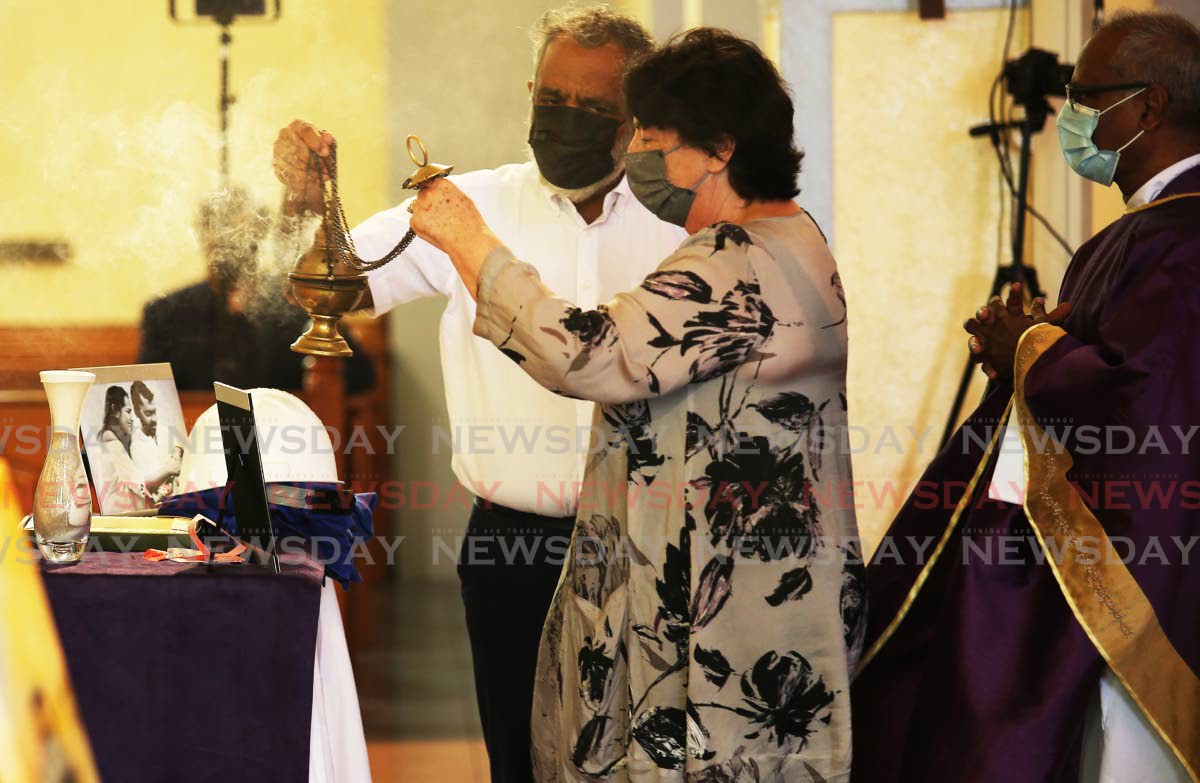 Father of deceased diver: the pain is unbearable

At a second farewell ceremony for his son Kazim Ali Jr, one of the divers killed in an incident at Paria Fuel Trading Co Ltd’s Berth Six off Point-a-Pierre on February 25, Kazim Ali Snr said he was trying to figure out his own purpose. on earth.

Divers Fyzal Kurban, Yusuf Henry and Rishi Nagassar also died in the incident while a fifth diver, Christopher Boodram, was rescued. The divers were employed by Marabella’s diving contract company LMCS Ltd, which was contracted by Paria to carry out maintenance work on its pipeline at Berth Six.

Ali Snr is the owner of LMCS.

In a brief chat with Newsday after the service, Ali Snr said he had spent most of his life trying to figure out and serve what he thought was his purpose.

“It happened, my son is lost. Over the years and for most of my life, I wondered what my purpose was. It was, I thought, doing good to humanity, living simply and being good.

“I am now left to wonder what is next. I pray for the families who lost loved ones in this tragedy. The pain is unbearable, I can only imagine.

He said the other divers killed in the incident were also like family to him.

On February 25, the five men were performing underwater maintenance at Berth Six when they were sucked into a 30-inch pipeline. Boodram was rescued the same day.

The bodies of Kurban, Kazim and Henry were found on March 1 and Nagassar’s body was found early on March 4.

On Saturday Kazim was buried according to Muslim rites and on Monday Kurban was cremated at the Shore of Peace (Mosquito Creek) according to Christian rites.

Henry’s funeral is scheduled for Wednesday. The date of Nagassar’s funeral has not yet been determined.

Costa Rica has the first underwater museum in Central America