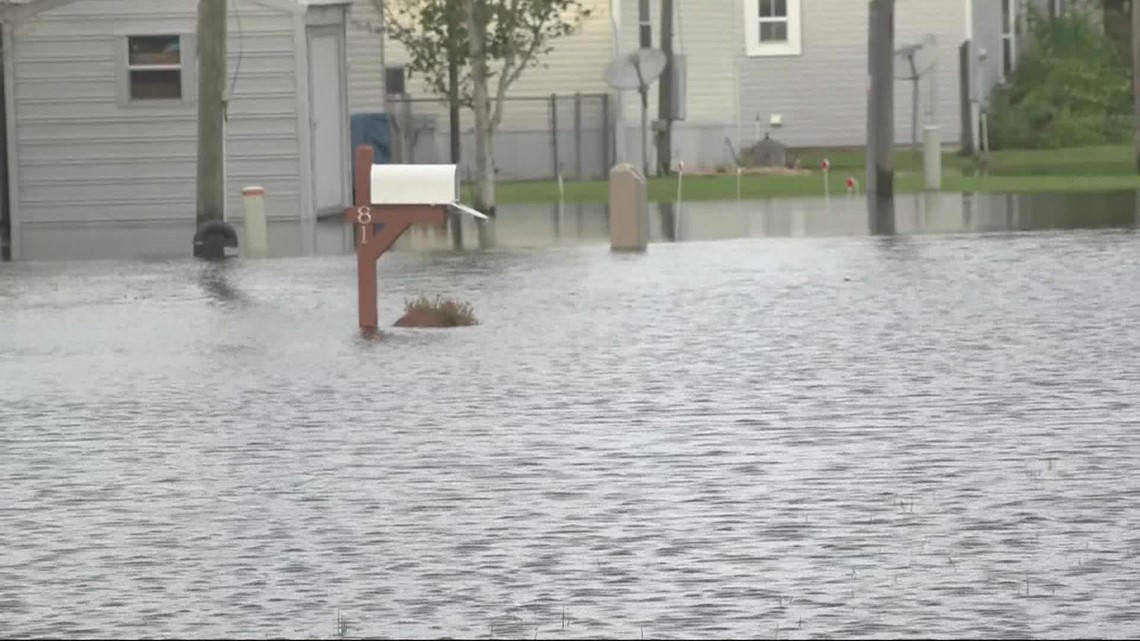 Some neighbors are nervous, while others say they expected the flooding, but not so much that it would affect their sewage system.

PUTNAM COUNTY, Fla. – Flooding is still a problem in the Sportsmans Harbor neighborhood. So much of a problem that their sewage system is shut down.

Neighbor Suzanne Carroll describes what her garden looked like after the storm.

“We settled up high, we are at the upper end of the canal, so we had water. When it crosses there is a sidewalk going down the canal so if it goes up the sidewalk we know we have extremely high tides and it was way above the sidewalks for Ian and Nicole,” said Carroll.

Carroll was one of the lucky ones as some neighbors are struggling with their sewers shutting down.

The sewer system operates on a vacuum design and with the high water almost still, it is impossible to clean the sewer lines without them backing up into everyone’s house.

“We weren’t expecting this much, you know, we had just come back when Ian came in and we had a flood here with Ian. When we saw Nicole, we thought it wouldn’t be so bad. It wasn’t a named storm yet. It hadn’t reached hurricane status, and what was different about this storm was the width of the wind band,” neighbor Ted Yoho said.

To help neighbors, Friday afternoon FEMA brought portable toilets and showers to the neighborhood for those in need.

“You know, it’s temporary and there’s a price to pay for living on the river. You know some of these things are happening, you want to tone them down as much as you can with things like the FEMA trailer,” Yoho said.

Welaka Mayor Jamie Watts said the sewage system may not be restored for weeks.