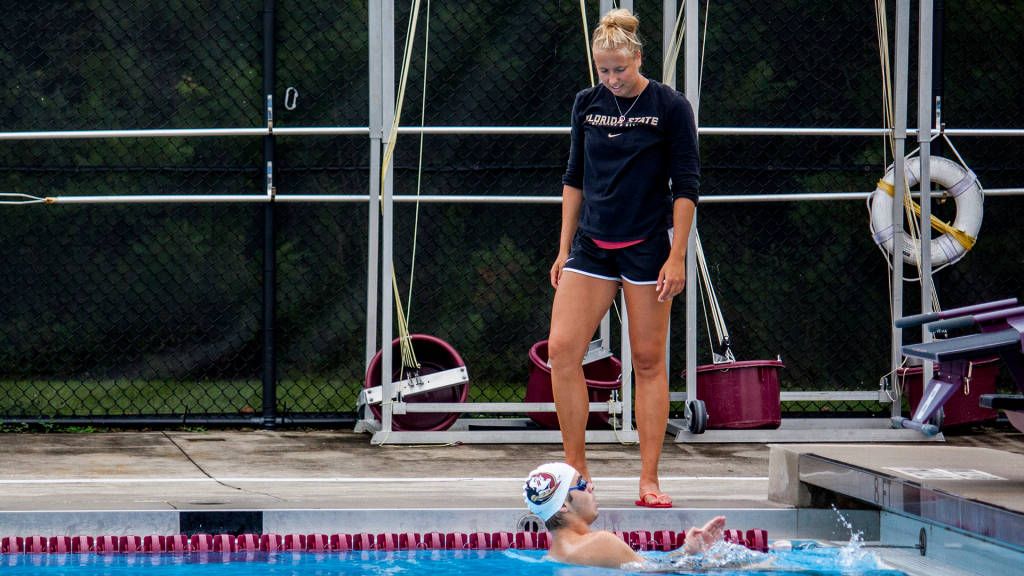 Florida State Assistant Coach Emma Svenson leaves the pool, for now, and moves to Louisville. There, she will reunite with her fiancé Nick Zorn, who is an assistant coach for the Cardinals swimming and diving teams.

Svensson has been an assistant coach at Florida State since the summer of 2017. She, however, has a much longer relationship with current Seminoles head coach Neal Studd: he recruited and coached her from 2011 to 2015 at the Florida Gulf Coast. University. There, she qualified four times for the NCAA and the first NCAA championship point scorer for the Eagles when she finished 12th in the 50 freestyle in 2014. A year later, she was part of a Florida medley relay Gulf Coast 200 which placed 8th, which was the school’s first-ever NCAA A-final.

At Florida Gulf Coast, Svensson was also the 2013 NCAA Elite 89 award winner, meaning she had the highest GPA of any student-athlete who competed at the NCAA Championships. She was the 2015 CCAA Scholar-Athlete of the Year.

She graduated from Florida Gulf Coast in 2015 with a major in business economics, and in 2017 she completed a master’s degree at Florida State in financial mathematics.

“I’m super grateful for everything Neal (Studd) and the team have done for me and I’m confident in his ability to keep pushing him forward,” Svensson said.

She said she wasn’t convinced she was done with coaching forever, but it was the best decision at the moment. She hopes to stay in the sport on some level, perhaps helping Swedish-born swimmers like her come to train in the US college system.

Virginia Tech dives back into midweek action at VMI