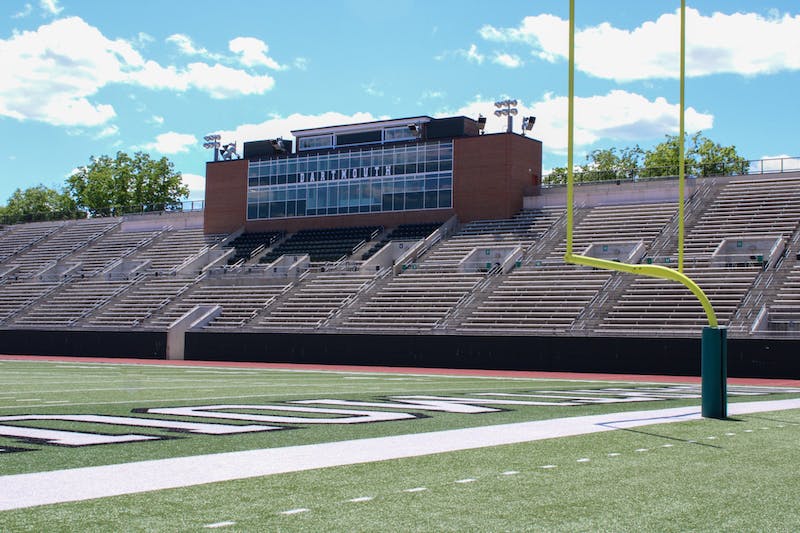 Several graduate athletes have expressed dissatisfaction with only two or three full competitive seasons during their time at Dartmouth, although some have noted silver linings.

by Caroline York | 18 minutes ago


This article is featured in the special issue Commencement & Reunions 2022.

Two years into the COVID-19 pandemic – which led to the cancellation of all Ivy League college athletic competitions between spring 2020 and Spring 2021 – graduating athletes and administrators reflected on an unprecedented time in the history of Dartmouth varsity sports teams.

Baseball team member Justin Murray ’22 said when the Ivy League announced the 2020 fall season — and later the entire 2020-2021 season — would be postponed, he didn’t feel surprised. but disappointed.

“In my eyes, the Ivy League [conference] does not understand the importance of sport for [athletes]”, Murray said. “Dartmouth offers a great education, but without the sport some of us would have gone elsewhere to play our sport.”

Acting sporting director Peter Roby ’79 expressed his ‘respect’ for the Ivy League and Dartmouth’s decision to approach the pandemic with great caution. He added that the Ivy League aims to treat athletes the same as the rest of the student population.

“Athletes are not treated differently [when it comes to] where they live on campus, what they study and in admissions,” Roby said. “It was hard to rationalize by treating them differently when it came to [COVID-19] strict protocols for all students.

Ashley Post ’22, a member of the varsity women’s swim team, said her team argued for the reinstatement of those teams until a trial, citing the cuts violated Title IX, brought the five return teams in January 2021.

“When the team was taken down, we stopped training for a while, but came back into the pool when we were reinstated,” Post said. “Go through [COVID-19] and being cut made us closer because we were working with alumni to bring the team back.

During the 2020-2021 school year, the College exploited to about half of its normal capacity of students to combat the spread of COVID-19. Since only two classes were given priority on campus at a time, Murray said it was difficult to foster cohesive team dynamics with only about half the team present and able to train together for this period.

Murray added that he felt there was a lack of connection between the different classes until all four classes returned to campus for the first time in the fall of 2021.

Some graduating athletes said they felt the underclassmen had an increased sense of responsibility when training and competing this year, as they had to make up for their lack of competition experience at the collegiate level.

“The freshmen and sophomores have really come up this year,” said men’s hockey captain Harrison Markell ’22. “I think [Clay Stevenson ’24] was our most valuable player, and he was able sign a contract with the NHL with the Capitals even after missing his first season.

Markell said that while some of his team’s wins and losses weren’t what the team would have wanted them to be, he believes his teammates trained through tremendous adversity and came out stronger after went through difficult times.

Equestrian team captain Claire Azar ’22 said a silver lining during the pandemic was that she had gained a new appreciation for horseback riding.

“My junior year we had practice but it was very laid back,” Azar said. “I actually enjoyed it because it was…nice to take a break from [the sport] to be competitive and I rediscovered the pleasure of riding.

According to softball team member Madie Augusto ’22, the break from competition has rekindled many of her teammates’ enjoyment of the sport. However, she said the time off also gives athletes time to consider whether being a collegiate athlete is really for them.

“Without the pandemic, [some players] would have pushed through, which would have had an impact on the culture [negatively]”, Augusto said. “It gave the players time to think about whether the game was for them – by the 2022 season, everyone on the team was bought one thousand percent. [into the sport].”

Azar said that because the NCAA has extended eligibility rules due to the pandemic, she plans to compete for Dartmouth again in the fall.

Roby said he was grateful for all the hard work the graduating athletes have put in over the past four years and especially for their efforts during their final seasons representing the Big Green.