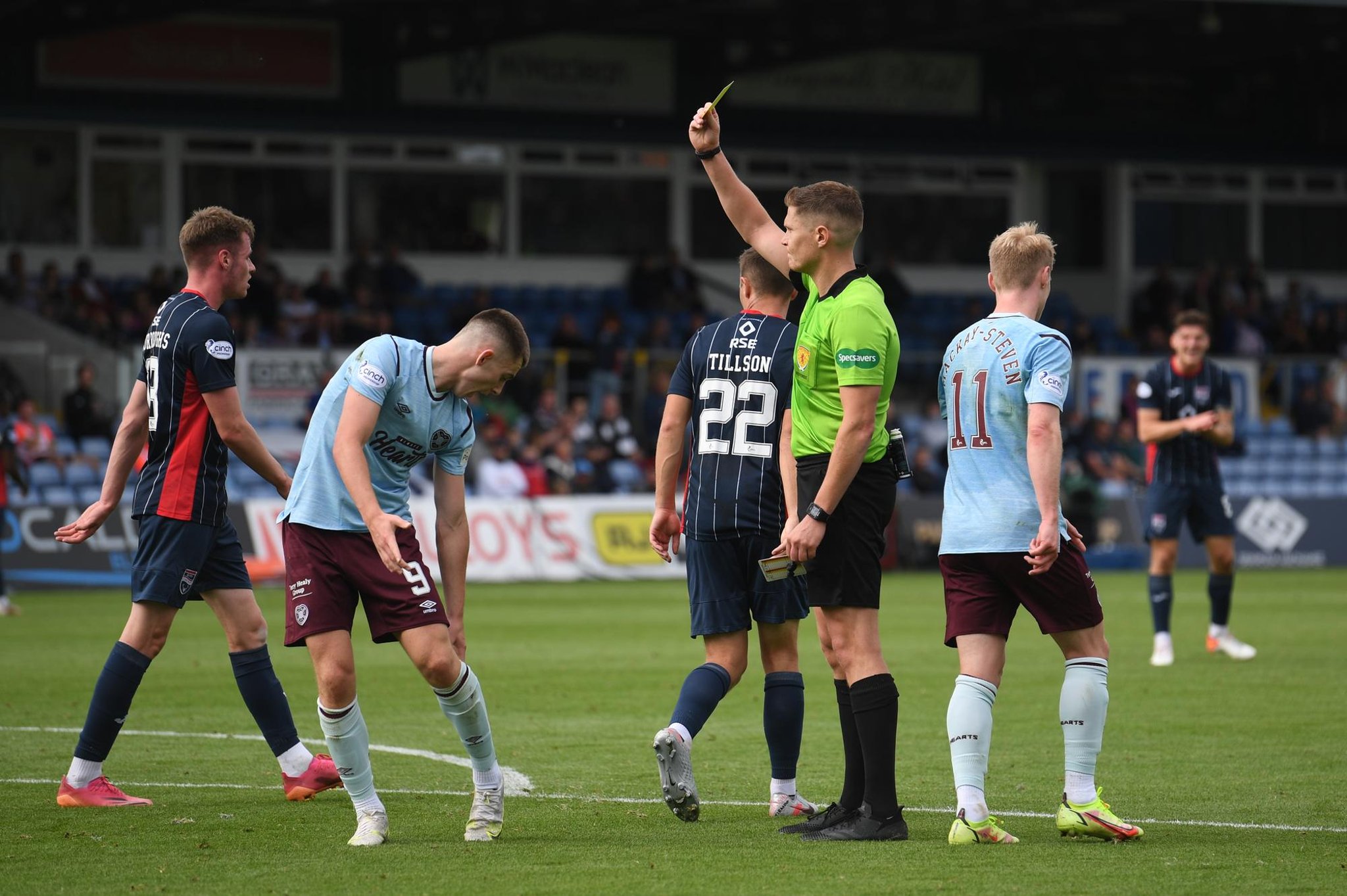 The reservation received by Ben Woodburn of Hearts for a dip in the 2-2 draw with Ross County has been canceled. (Photo by Craig Foy / SNS Group)

The Liverpool forward on loan received a yellow card for diving in the last minute of the first half. However, he and Hearts insisted he was cut by Jordan Tillson of the county and did not throw himself to the ground.

Hearts submitted a request to the Scottish FA to have the warning overturned, which was successful.

A statement from the club confirmed: “Hearts’ claim to the Scottish FA against Ben Woodburn’s yellow card, received for faking against Ross County, has been confirmed and the reservation has been canceled.”

Register now to our Hearts newsletter

The decision is a vindication for both player and Hearts boss Robbie Neilson, who insisted full-time that referee David Dickinson made the wrong choice.

Describing it as’ a mess, ‘he added,’ I think it was water on the brain from the referee. We’re going to appeal and get it.

â€œI just don’t like the idea. If he wants to book someone to dive, it must be absolutely obvious. There cannot be a gray area. It smears someone’s reputation for saying they’re diving.

We are going to appeal and I would like to think the arbitrator will review it and change his decision. He puts the boy [Woodburn] under pressure for the rest of the game. He made a tackle ten minutes later, probably a yellow card, but he [Dickinson] bottles it.

Woodburn was also adamant that he had not been guilty of comedy.

â€œI don’t think I did anything wrong,â€ he said. “I even showed the referee the stud marks on my heel.”

A message from the editor:

Thank you for reading this article. We depend on your support more than ever, as the change in consumption habits caused by the coronavirus is having an impact on our advertisers. If you haven’t already, please consider supporting our sports coverage with a digital sports subscription.