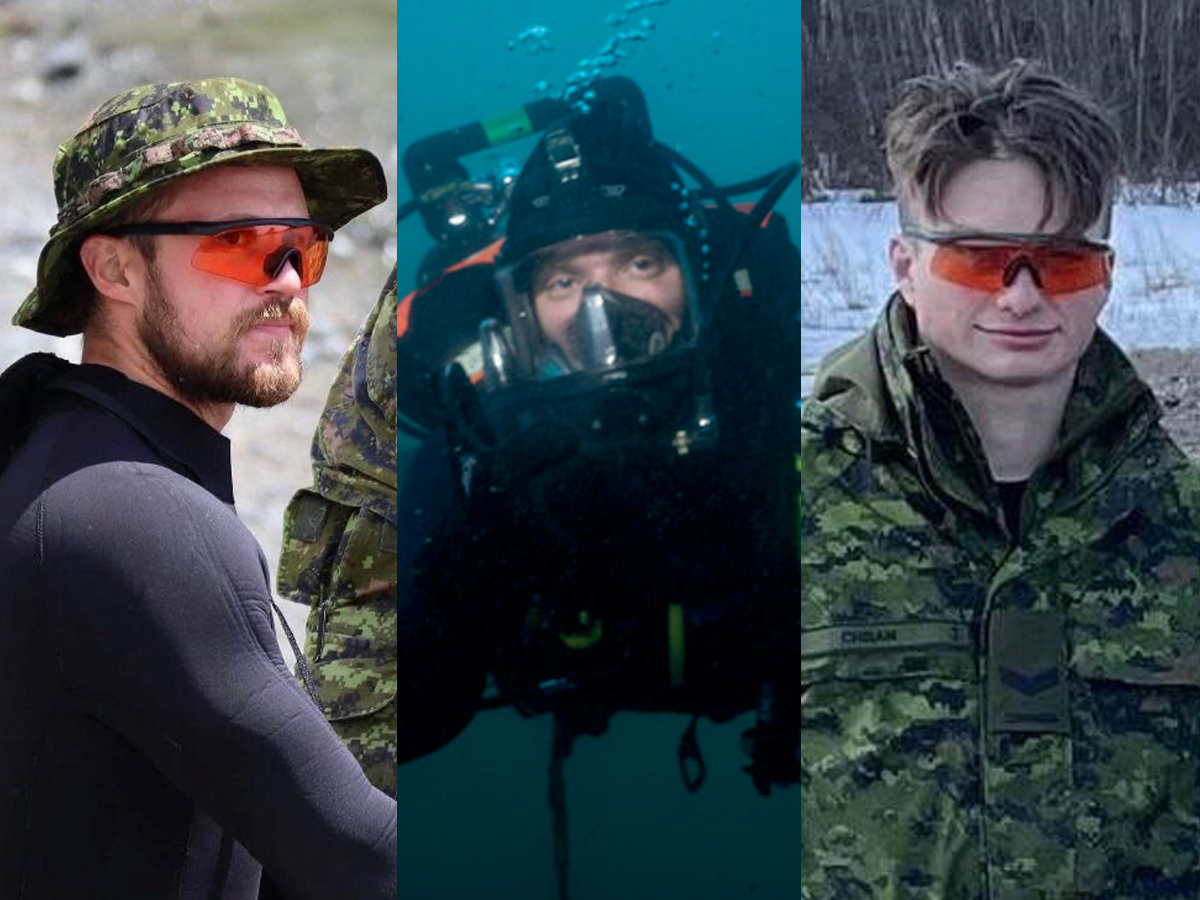 In Depth: Spotlight on Clearance Divers

Chris Betts was born on September 23, 1999 in Riverview, New Brunswick.

Betts grew up in East Hants, Nova Scotia, where he attended Hants East Rural High School. He joined the Canadian Armed Forces in 2017 as a combat engineer right out of high school and was posted to Gagetown, New Brunswick in 2018.

He participated in Exercise Roguish Buoy in February 2020 in Albert Head, British Columbia. During this exercise, his dive team was paired with a dive team from the UK, where he made some great friends and learned how different countries operate in dive exercises.

Betts participated in Operation Nanook-Nunalivut in March 2020 in Rankin Inlet, Nunavut. During this operation, Betts worked hand in hand with a Finnish dive team. This operation was the first time he had dived under the ice in the Arctic. He completed the Clearance Diving Assessment Center (CDAC) in February 2021 and was confirmed to take a course in October.

Betts participated in Operation Bell Island in July 2021 in Newfoundland, where he witnessed the explosive ordnance disposal side of the clearance diver’s job. The mission of the operation was to remove munitions from various ships that German U-boats sank during World War II.

His future aspirations as a clearance diver include completing the Improvised Explosive Device Disposal (IEDD) ​​Operator Course and participating in as many exercises and operations as possible.

Alexander Castagna was born on February 23, 1995 in Richmond Hill, Ontario.

He grew up in River Drive Park, Ontario and joined the military as a naval warfare officer in 2013.

Castagna began his military career by studying at the Royal Military College in Kingston, Ont., where he graduated in 2017 with a degree in chemical engineering. He was then posted to Victoria for training, where he completed his ship’s diving course and commercial training.

Castagna’s first posting was HMCS Vancouver for six months until the ship goes into dry dock. He was then posted to HMCS Winnipeg that the vessel has been brought back from refit. He became a Clearance Diving Officer for the next two years and sailed through the ship’s multi-level readiness program, deploying on Operations Projection and Neon. During his operation, he applied and was selected for the 2021/2022 Freediving Course.

Castagna first became interested in free diving because of the fitness, military style and community it brought. After being on the ships for a few years and having had nothing but positive experiences with the Fleet Diving Unit (Pacific) and the people who worked there, he decided that this was the career path he wanted. he wanted to continue.

Castagna’s greatest aspirations for becoming a Scuba Diving Officer are to ensure the unit maintains a desirable workplace and to enable each diver’s abilities to optimize work throughout the unit and encourage their personal and professional goals.

Wade Chisan was born on January 21, 1999 in Calgary, Alberta and grew up in Strathmore, Alberta.

Growing up, he spent time making knives, shooting, trapping, camping, and hunting with his family and friends. He joined the Calgary Highlanders Reserve Infantry Regiment in Grade 11. He went on to qualify as a mortar man in his unit.

After high school, Chisan attended the University of Victoria, where he studied psychology. He took a break from his studies for a deployment to Latvia with the Loyal Edmonton Regiment and the Princess Patricia’s Canadian Light Infantry (PPCLI). After his return, he continued his studies in psychology at the University of Alberta.

He learned the trade of clearance diver at the University of Victoria. Since it sounded like exactly what he was looking for, he kept that in the back of his head during his deployment. When he returned at the same time as school, he began the application process.

Chisan’s future aspirations as a clearance diver are to be a good team member, work hard and take every opportunity that comes his way.

How to Unlock Genshin Impact Sumeru Waypoint and Underwater Domain