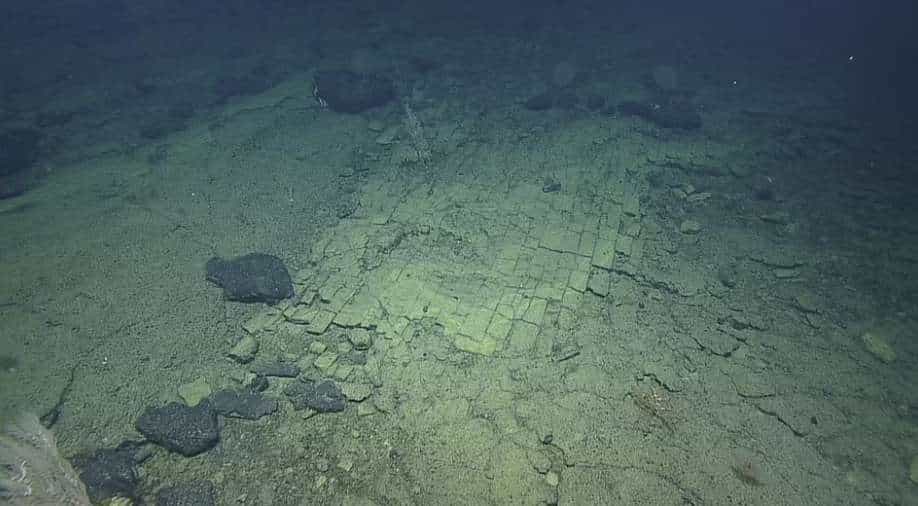 “Is this the road to Atlantis?” Deep sea divers discover a mysterious yellow brick path in the Pacific

Deep-sea researchers have discovered a mysterious yellow brick path on the bottom of the Pacific Ocean, with many parallels to the path to the ancient lost city of Atlantis.

Live footage from the deep-sea expedition was streamed online last month by the crew of the exploration vessel Nautilus who sighted the strange formation.

The footage showed a strange formation resembling a road paved with cobblestones.

Researchers who viewed the live dive footage described it as a “yellow brick road” and “the road to Atlantis”, and also called it weird, cool and crazy.

The incredible rock formation was discovered in the Liliʻuokalani Ridge in the Papahānaumokuakea Marine National Monument (PMNM) in the Pacific Ocean near Hawaii.

PMNM is the largest fully protected contiguous conservation area in the world.

According to reports, the PMNM areas encompass 582,578 square miles of the Pacific Ocean, an area larger than all of the national parks in the United States combined.

So far, researchers have explored only about three percent of its seabed.

“This is the road to Atlantis,” a researcher can be heard saying on the radio, according to the Daily Mail.

“The yellow brick road? another added jokingly, while another member of the team called him “weird” and “crazy”.

The single 90 degree fractures are likely related to heating and cooling stress from multiple eruptions at this baked margin.

“Throughout the seamount chain, the team also sampled ferromanganese (iron-manganese) crust-covered basalts of varying depths and oxygen saturations, as well as an interesting pumice rock that looked almost like a sponge.”

The exploration vessel is operated by the non-profit Ocean Exploration Trust, which broadcasts live what its remote-controlled dive vehicles see from the depths.

Clean Up the Lake completes 72-mile underwater cleanup of Tahoe