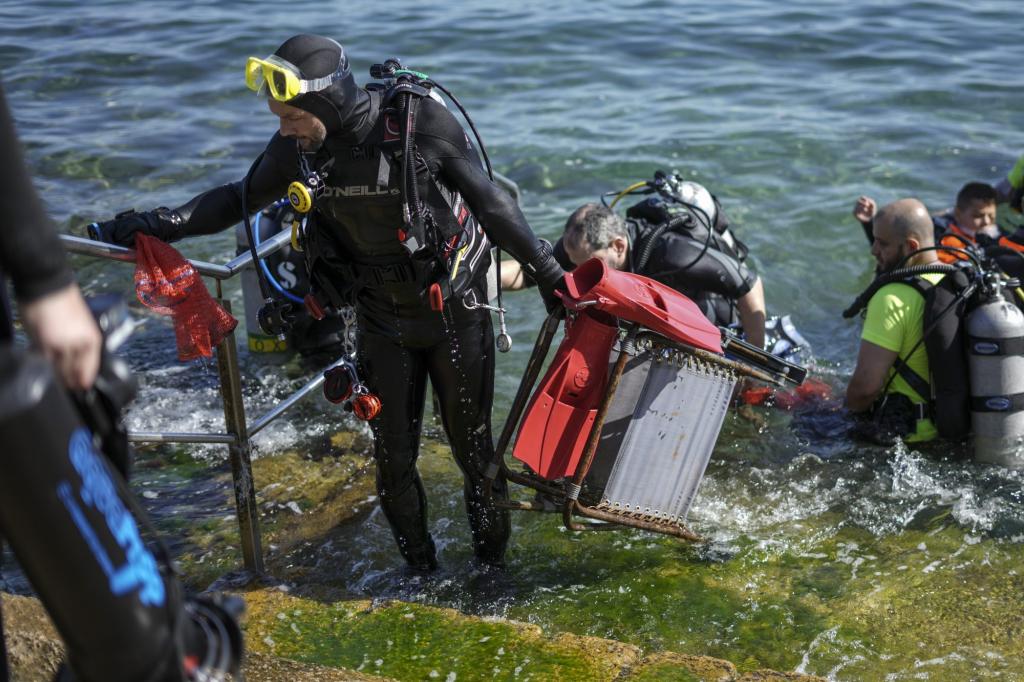 CAESAREA, Israel — Divers visiting the ancient seaport of Caesarea on Israel’s Mediterranean coast occasionally find treasure, but on Friday they searched for trash.

Twenty-six scuba diving volunteers removed around 100 pounds of rubbish from between sunken pillars and submerged ruins at the historic site of Caesarea Maritima as part of a United Nations World Oceans Day initiative.

Dozens more at sites along Israel’s Mediterranean coast and on Red Sea reefs in the Israeli resort of Eilat removed more than 330 pounds of trash. The cleanup included bottles and bags, ghost nets, fishing lines, aluminum cans, stray towels and other strange objects, including a beach lounger, that were polluting coastal waters.

The events were organized by the Israel Diving Federation with support from the Environmental Protection Ministry and the Nature and Parks Authority, which manages coastal areas, including the Roman port of Caesarea.

The UN marked World Oceans Day on Wednesday, but scuba diving volunteers went into the water to clean up the sites on Friday and Saturday, Israel’s weekend.

According to the UN’s environmental program, the equivalent of a garbage truck full of plastic is dumped into the ocean every minute. Plastic waste can take centuries to degrade and cause considerable damage to marine ecosystems.