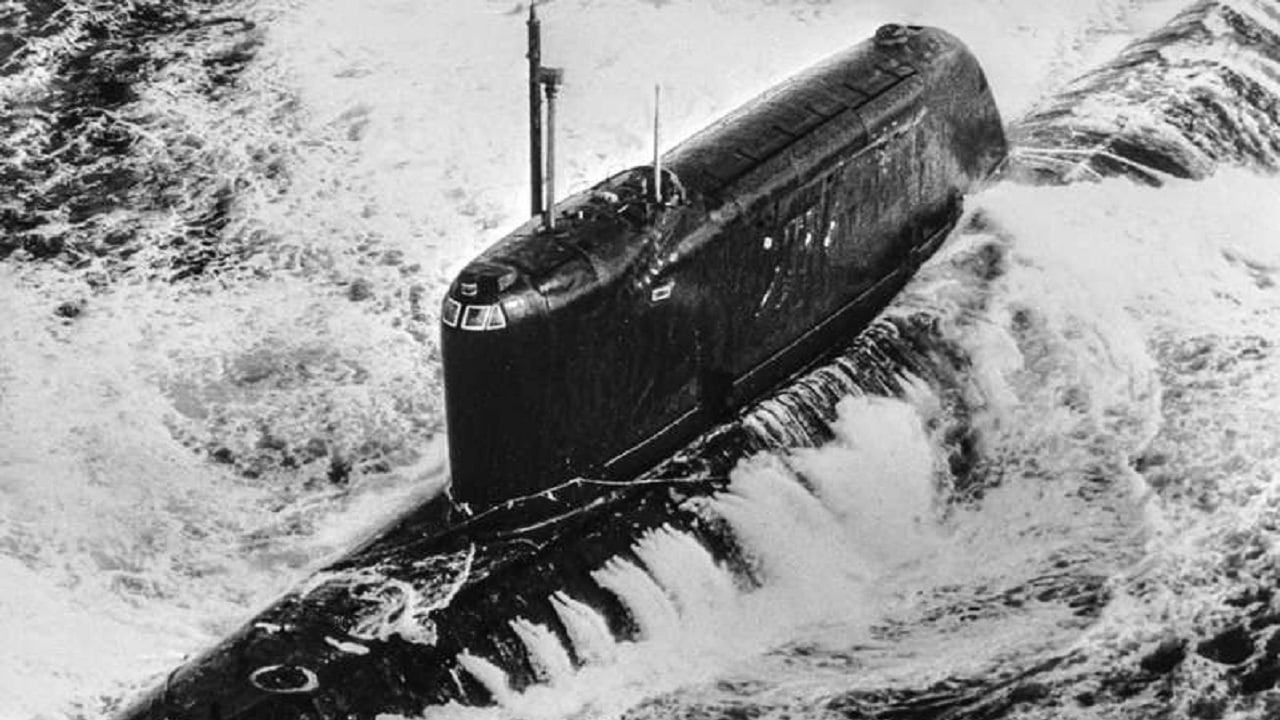 The K-19 made Russian history, but for all the wrong reasons: The K-19 was the first Soviet submarine equipped with nuclear missiles. It was deadly—for the unfortunate sailors who had to make up the crew.

The K-19 was commanded by Nikolai Vladimirovich Zateyev. Zateyev had shown his promise as a navigation officer and eventually received a promotion to captain. His excellent performance was noticed by the giant hero of World War II and Marshal of the Soviet Union Georgy Zhukov. When the crew of the K-19 was assembled, Zateyev was given auspicious command as captain.

As part of the Cold War arms race, the United States launched the USS Nautilus in 1958. Being nuclear powered, and therefore not dependent on fuel refills like contemporary diesel designs, the Nautilus achieved a number of firsts, including the first watercraft to reach the geographic North Pole and the first submerged voyage around the North Pole.

In an effort to get the K-19 into the ocean as quickly as possible, production speed was prioritized over testing and build quality. The K-19 was a rush job that suffered from a number of inherent manufacturing flaws and design flaws that led to a number of accidents – and a near disaster.

During the manufacturing process, a bit of hot solder fell onto a coolant pipe leading to the reactor core, creating a microscopic crack that went unnoticed. This accident will prove fatal.

Traditionally, ships are christened with a bottle of champagne before being launched. In keeping with tradition, the K-19 was hit by a bottle of Soviet vintage bubbly – which bounced off the rubber-covered hull, rolling and hitting a propeller screw. Bad luck indeed.

In 1961, the K-19 was in the North Atlantic on a training mission. In the middle of the maneuvers, the damaged cooling pipe bursts and the coolant quickly leaks out. Because the K-19 had been launched so quickly, it was not equipped with an emergency cooling system.

A meltdown of the reactor inside the submarine would have been catastrophic for the 139 souls on board. But there was also a much more serious danger.

Captain Zateyev believed that if the reactor exploded, it could lead the United States and NATO to believe that the Soviet Union was attempting a nuclear strike, potentially causing preemptive retaliation and World War III.

In an interview years later, Zateyev felt completely overwhelmed, not knowing what to do or how to fix the situation. The weight of the lives of his men weighed heavily on him. “At one point, I thought of going down to my cabin, taking out my pistol and ending all my problems at once,” he says.

But he rallied his crew and explained the situation. A new cooling system had to be quickly rigged and installed manually. But the K-19 lacked sufficient personal protective equipment – ​​the best it had were naval raincoats and gas masks. Zateyev asked for volunteers. Twenty-two sailors volunteered to die.

Heroes of the Soviet Union

Zateyev organized the sailors into brigades of three men each. They would run into the reactor compartment, staying there only five to ten minutes in order to minimize their exposure to radiation.

Captain Zateyev remembered the descent to the reactor compartment.

“I accompanied him [the first volunteer] at the door of the reactor room – to his death. And I said, ‘Well, Boris, do you know where you’re going?’

“And he said, ‘I know, Comrade Captain.’

Five minutes later, Korchilov stumbled out of the reactor room, ripped off his gas mask, and vomited.

The exposure, although for a short time, was an order of magnitude greater than what would be a lethal dose.

“There, their appearances began to change. Skin unprotected by clothing began to blush, face and hands began to swell. Blood spots started to appear on their forehead, under their hair. In two hours we couldn’t recognize them,” Zateyev said. “People died fully conscious, in terrible pain. They couldn’t talk, but they could whisper. They begged us to kill them.

But disaster and World War III had been averted, albeit at great cost. Over the next week, eight of the volunteers died. Two years after the incident, all 22 volunteers would die.

peace at all costs

In 2006, Mikhail Gorbachev nominated Captain Zateyev and the crew of K-19 for the Nobel Peace Prize for their personal courage, which “avoided a thermal explosion of the reactor and a subsequent environmental catastrophe” and a possible confrontation of the Cold War with NATO and the United States.

In 1972, a fire aboard the K-19 killed 32 other sailors, securing her reputation as a cursed ship. Shortly after, “Hiroshima” was permanently decommissioned.

Caleb Larson, a defense journalist based in Europe and holds a master’s degree in public policy from the Willy Brandt School of Public Policy. He lives in Berlin and writes about American and Russian foreign and defense policy, German politics and culture.

The Life of a Mountaineer – David Dixon

A Mexican restaurant moves into the former Holy Diver space