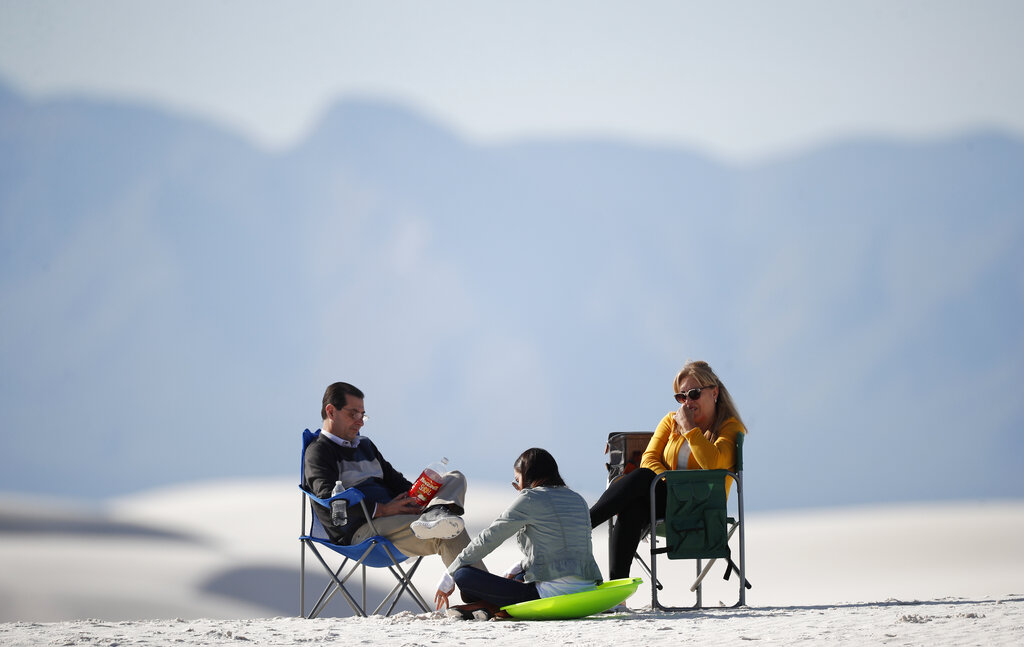 To get Morning Links delivered to your inbox every day of the week, subscribe to our Breakfast with ARTnews bulletin.

A STAR DAY FOR ARCHEOLOGY: A treasure of Roman gold coins of around 1,600 years old has been discovered in the waters off XÃ bia, on the east coast of Spain, CNN reports. Totaling around 50 pieces, it is described as one of the greatest finds of its kind ever made in Europe. The windfall came after two eagle-eyed amateur divers spotted eight coins in the area. Across the Atlantic, researchers believe they have identified fossil footprints in White Sands National Park in New Mexico dating back 21,000 and 23,000 years. Assuming this range is correct, Nature the magazine writes, â€œThe prints represent the first unequivocal evidence of human occupation anywhere in the Americas. And at Saratoga National Historical Park in New York, military veterans, some with PTSD, carried out archaeological work related to a War of Independence battle there, the Associated press reports. One said, â€œWe can all come together, share your battle stories, your deployment stories, and share your love for the story of what you dig. “

A MASSIVE JOB AT THE MUSEUM HAS BEEN FILLED. ARTnews reports that MASS MoCA in North Adams, Massachusetts, hired as chef Kristy edmunds, who is currently the Executive and Artistic Director of Performance art center to University of California, Los Angeles. Major American museums always on the lookout for new directors include SFMOMA and the Philadelphia Museum of Art. Elsewhere on the museum front, the Art journal take a look at what’s happening in Manhattan Hispanic Society Museum and Library, whose main galleries have been closed since 2017 for essential renovations. (His building is hosting shows, for now.) Former Met Director Philippe de Montebello, who heads his board, said Judith H. Dobrzynski that more fundraising will be needed to reopen the entire building.

Here are nine huge sales of Basel Art– which is operating at the moment, instead of its usual June slot – from a Keith haring which went for about $ 5 million to a giant $ 4.5 million Robert rauschenberg which was snapped up by a European museum. [ARTnews]

The life story of the Indian design legend Gira Sarabhai, who died this summer at the age of 97, is recounted in an obituary by Shalini Venugopal Bhagat. A student from Frank Lloyd Wright, Sarabhai worked on Wright’s plans for the Guggenheim museum and established key design institutions in India, although she refused to document her own work. [The New York Times]

A hat that was once placed on the head of Napoleon Bonaparte sold for 1.22 million euros (approximately $ 1.43 million) to Sotheby’s in Paris, well above its high estimate of â‚¬ 700,000. A special bonus: The cocked hat is said to have carried some of his DNA, which is potentially great news for anyone hoping to clone the Emperor. [Artnet News]

Speaking of French, the Parisian apartment of Frederique Picard, who is the director of Carel shoe company, packed with art. â€œWhen I got my first salary at 21, I didn’t buy a pair of shoes,â€ she said. “I went to an auction and bought my first sculpture, which was 80% of my salary.” (It was a Arman.) [Clever/Architectural Digest]

A new order of $ 100,000 for a moving image work will be awarded to an artist through a partnership between the Barcelona company Han Nefkens Foundation and the Mori Art Museum in Tokyo, M + in Hong Kong, and Singapore Art Museum. The winner must be 35 years of age or older and not have participated in a major international museum exhibition. All three locations will project the resulting work. [Ocula]

In one of the most imaginative editorial decisions in recent memory, the Financial Time paired pseudonym novelist Helene Ferrante and performance artist Marina AbramoviÄ‡ for an email conversation. [Financial Times]

‘TOO WELL HANGING LANGUAGES SINK SHIPS!’ This is the artist response Elizabeth neel gave at the request of Apollo on the most interesting person to visit in his studio. However, Neel, who works in Brooklyn and Stowe, Vermont, is willing to disclose that she listens to baseball while doing her bright and artful paintings and that she has “old piano keys and coyote skin.” on hand. Does she cook in her workspace? â€œI don’t think you can call it cooking exactly. . . She said, explaining, “I heat things on a small hot plate. Â»Maybe try Antoine Bourdainthe recipe for army stew, which can be prepared in 20 minutes on this trusty device? [Apollo]