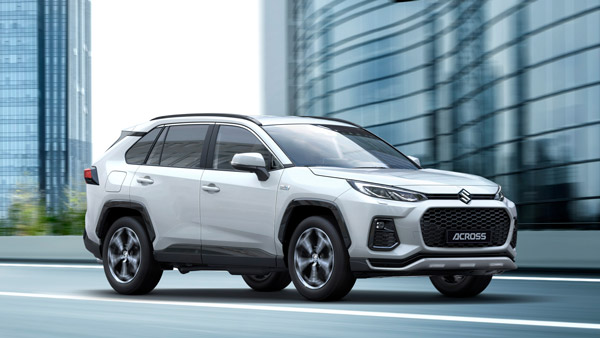 Maruti Suzuki’s next Creta Rival will feature a hybrid powertrain

Additionally, this future SUV from Maruti Suzuki is being developed alongside Toyota’s upcoming Creta rival SUV, named “D22”. These two SUVs will compete with other C-segment SUVs in the segment such as the Hyundai Creta, Kia Seltos, Skoda Kushaq, Volkswagen Taigun and a few others.

Coming back to the powertrain, the upcoming Maruti Suzuki YFG SUV is likely to feature Toyota’s proven 1.5-litre, 3-cylinder, naturally aspirated Atkinson cycle petrol engine. As mentioned earlier, this engine along with a few other components will be shared with the upcoming Toyota D22 SUV.

Looking at the specs of this engine, this naturally aspirated 1.5 liter gasoline engine follows the Atkinson cycle for even better fuel efficiency. This internal combustion engine (ICE) along with the electric motor together produce a total of 113.5 hp of peak power.

Diving into the details of this hybrid power unit, the maximum torque generated by the internal combustion engine amounts to 120 Nm, while the electric motor produces a little more torque at 141 Nm.

For better perspective, this 3-cylinder hybrid engine is the same powertrain that powers the Toyota Yaris hatchback and Toyota Yaris Cross in international markets.

On top of that, under the skin, the upcoming Maruti Suzuki YFG and Toyota D22 SUVs would be based on Toyota’s international TNGA platform.

On top of that, Toyota will launch its version of rival Creta SUV long before the Maruti Suzuki YFG is launched in India.

Despite the hybrid powertrain, we expect the upcoming Maruti Suzuki YFG SUV to come with decent space inside and also sport a trunk big enough for weekend getaways.

Thanks to rising fuel prices, going for a hybrid car has never made so much sense. Upon its launch, we expect the upcoming Maruti Suzuki YFG to quickly gain traction in the Indian market and become one of the best-selling models in its segment.