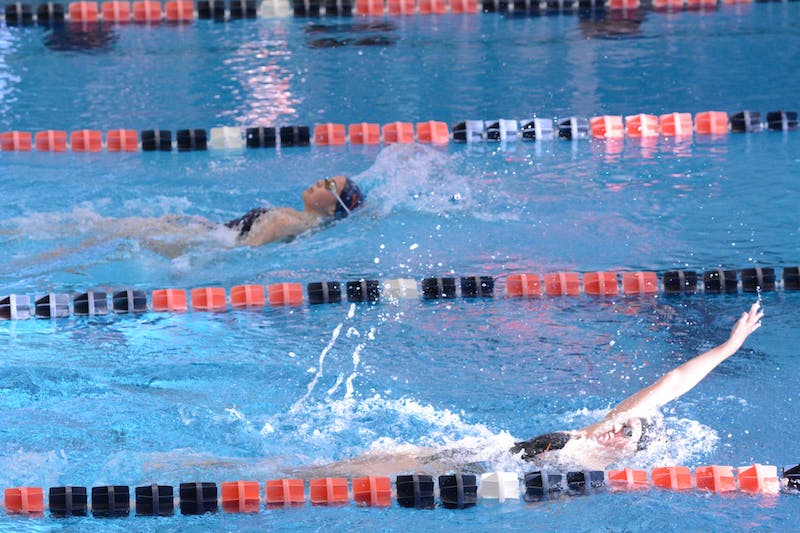 The Virginia men’s and women’s swim and diving teams traveled to Knoxville for the Tennessee Invite on Thursday. The No. 1 ranked women finished with 809.5 points, behind Tennessee at 1203.5 and Alabama with 881.5 points. The No. 7 ranked men’s team finished with 728 points, behind Tennessee with 1004 and Alabama with 980 points. The meeting took place over three days and showed improvement for both teams.

â€œGreat weekend for our men and women,â€ said coach Todd DeSorbo. â€œIt’s always a great test to compete with the best in the SEC and our teams rose to the occasion. Kudos to Alex Walsh and Kate Douglass for setting ACC and Virginia recordsâ€¦ These two, along with the rest of our team, continue to improve. Men continue to improve rapidly from last year to this year and our newcomers are starting to thrive.

Freshman Reilly Tiltmann, senior Alexis Wenger, Douglass and Walsh started the competition with a win and a pool record in the 400-yard QN relay clocking 3: 27.12 on Thursday. Douglass, Tiltmann, Walsh and junior Lexi Cuomo were second in the 200-yard freestyle relay with a time of 1: 26.61 – a season best time for the Cavaliers and an NCAA “A” qualifying time. . Douglass won the 200-yard IM with an NCAA “A” time and best swim of the season of 1: 52.21 in that event. Rookie Ella Bathurst also advanced to the A final and was fourth with a season best time of 1: 57.12.

On the men’s side, rookie Jack Aikins, junior August Lamb, senior Justin Grender and sophomore Matt King won the men’s 200-yard freestyle relay with a season-best time of 1: 17.67 on Thursday. In the 500-yard free, junior Jack Wright won the B final in 4: 20.51 to finish ninth, and runner-up Tanner Hering touched first in the C final in 4: 25.00 to finish 17th. Junior Sean Conway placed third in the 200-yard IM A final with a season-best time of 1: 45.39. King was second in the 50-meter freestyle, tying the third fastest time of 19.47 in Virginia history.

On Friday, the women won the 200-yard medley relay and Walsh won the 400 medley yard with a record time, followed by junior Ella Nelson in second and rookie Emma Weyant in third. Walsh also set a pool record with her 200-yard butterfly victory on Saturday. Her time of 1: 51.83 was 0.02 seconds shorter than Virginia’s record. Douglass, Cuomo, Tiltmann and Walsh finished the night with a second place finish in the 400-yard free relay with an NCAA â€œAâ€ time of 3: 12.04.

For the diving team, rookie Elizabeth Kaye finished fourth with a score of 278.80 in the women’s one-meter final on Thursday, as well as sixth in the three-meter final with a score of 298 , 15 Friday. On Saturday, junior Charlotte Bowen scored a career high 215.90 to place ninth in the platform event. Senior Walker Creedon led the men’s diving team with an NCAA zone qualifying score of 302.95 to place sixth in platform events.

The Virginia swim and diving teams will travel to Greensboro, NC for the US Open from December 2-4.

Introducing underwater hockey: the curious sport that is making big waves in the United Arab Emirates