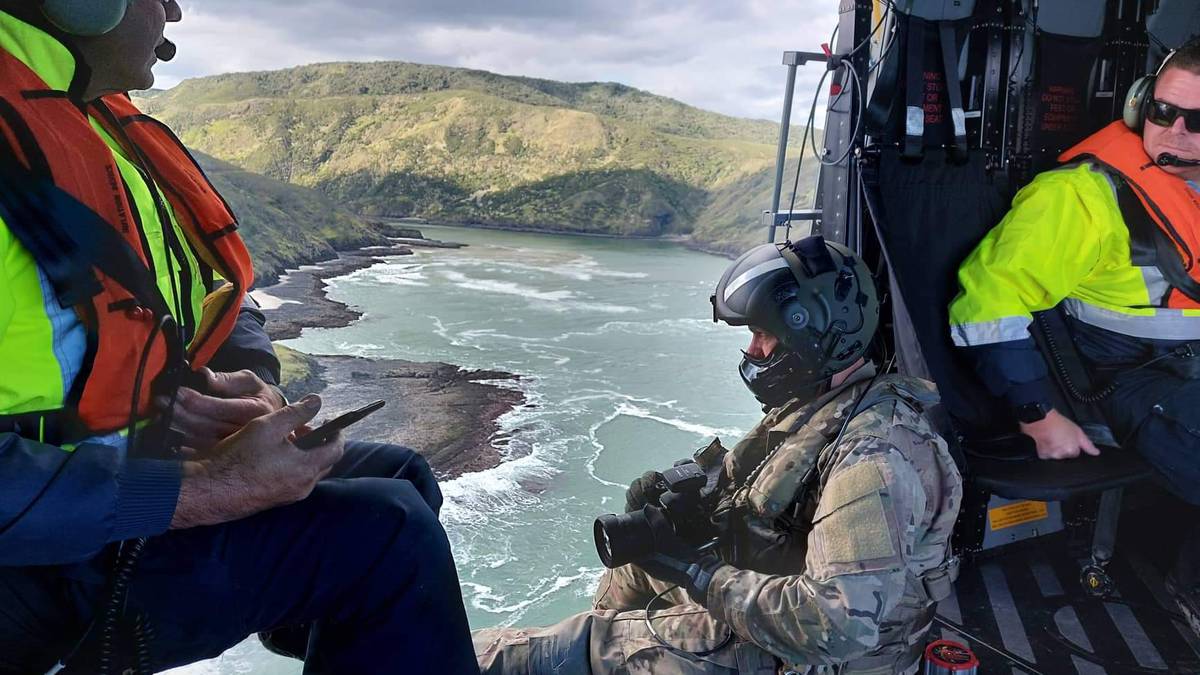 Northland News Brief: Divers have 130 undersized pāua; and the overturned car slows down the journey

Two divers were caught with 130 undersized pāua taken from a remote part of the Northland coast last weekend. Department of Primary Industries Fisheries officers patrolling via a New Zealand Defense Force helicopter directed their ground staff to the pāua divers spotted at Kawerua, south of Hokianga Harbour. MPI said the two divers are likely to face prosecution because the daily bag limit per person for pāua is 10, with a minimum length of 125mm. Northland Fisheries compliance manager Phil Tasker said his staff are working hard to protect fish resources. He hoped their response to illegal transport of pāua sent a strong message about their ability to access remote areas and hold people accountable. To report suspicious fishing activity call 0800 4 POACHER (0800 47 62 24) or email [email protected]

An overturned car slowed traffic on a main road yesterday morning as passing motorists drove closer to the wreckage. Riverside Dr became the scene of intense curiosity at the sight of a sideways wrecked car crushed to the side of the road. No lanes were blocked and no diversions were in place, but the distraction added up to 15 minutes to delays on some people’s journeys downtown. A police spokesman said no one was inside the vehicle when emergency services arrived just after 7.30am, so no injuries were reported. Police said no further information was immediately available.

A light fixture starts a fire in a house

Firefighters were called to a fire at a house in Raumanga around 12.30pm yesterday. A crew from Whangārei Fire Station was present but the fire was out by the time they arrived. Fire Communications Team Leader Hayley Saunders said the fire started in a light fixture.

People will be able to take a closer look and learn more about the Northland Coastguard Air Patrol at their open day on Saturday May 14. Northlanders can satisfy any curiosity about volunteer work from 10 a.m. to 1 p.m. at Kerikeri Airport, between Hertz rental cars and the flying club.

Locals are invited to attend the Friends of Matakohe-Limestone Island Annual General Meeting on May 18th. The AGM will be held in the May Bain Room of the Whangārei Central Library on Rust Ave at 6 p.m. The group says the meeting will be an opportunity to meet Limestone Island ranger Jo Skyrme in person and hear about events on the island, including some exciting activity with the Grey-faced Petrel and a few interesting data revealed in the recent lizard survey.

Sport Northland has signed an initiative with 15 other national and regional sports organizations designed to create positive sports experiences for children by educating and supporting parents and other influential adults in youth sport. Good Sports was developed by Aktive, whose chief executive, Jennah Wootten, said it focuses on educating adults about their behavior and its impact on young people’s participation in sports. The initiative looks at what parents can do to ensure that children and young people enjoy sports experiences. Sport Northland will participate in a residency in Hamilton, May 30-June 1, to begin a 12-month accelerated learning environment designed around creating more focused engagements with parents.

Whangārei District Council is holding a meeting on Monday to answer questions about the relocation of the Northland Rescue Helicopter Base to Whangārei Airport. The meeting will take place at the Sunair Terminal of Whangārei Airport at 5:30 p.m. A free exit will be organized for participants who will park in the airport car park during the meeting. The board is also planning drop-in sessions to discuss the matter in the coming weeks.

Ara Tūhono – the Pūhoi to Warkworth Expressway will open next year.
Waka Kotahi NZ Transport Agency is working with Pūhoi to Warkworth project partners Northern Express Group (NX2) and its contractor, Fletcher/Acciona Joint Venture, to confirm a new opening date for the motorway in 2023. The he 18.5km motorway will provide a safer, more resilient and more reliable route for motorists traveling between Auckland and Northland. Good progress is being made at the southern connection just north of the Johnstones Hills tunnels and planning is well underway to complete the next sequence of works to connect SH1 to the new road. Once this work is completed between May and June 2022, motorists will be able to pass through the tunnel and travel to the Arawhiti ki Ōkahu (Ōkahu Viaduct). They will cross a large hillside cut before joining SH1 at Pūhoi. Traffic will remain in one lane in each direction and motorists will not be able to travel on the Pūhoi Viaduct (Arawhiti ki Pūhoi) until the rest of the highway opens next year.