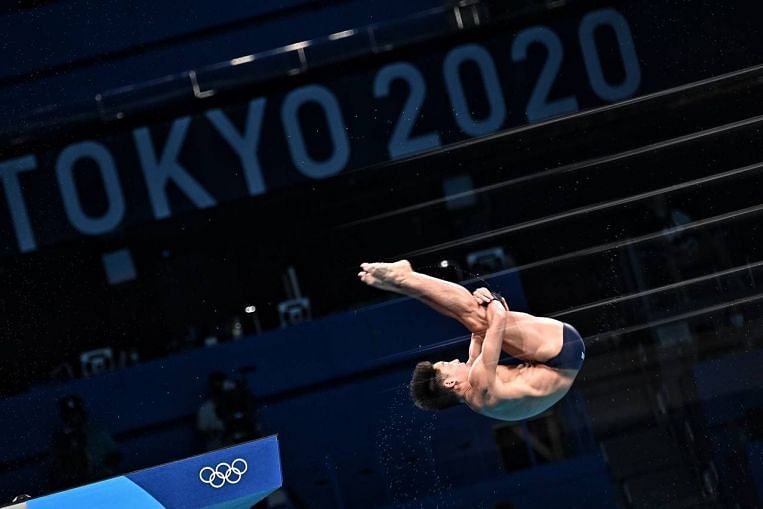 TOKYO – A weight was lifted from the shoulders of diver Jonathan Chan on Friday August 6.

Not just because he performed his “lived up to expectations” dives in the men’s 10m platform preliminaries at the Olympics, becoming the first Singaporean man in his sport to do so.

But also because earlier today his graduation project (FYP) ended with a presentation that his group mates graciously agreed that he could skip.

“Earlier, they texted me saying our presentation went well, and they said jiayou (good luck in Mandarin) for later,” he said in the mixed media zone afterwards. his dives.

The 24-year-old scored 311.15 in six dives at the Tokyo Aquatics Center, which placed him 26th of 29. That meant he had not qualified for today’s semi-finals. .

Of his performance, Chan said his first five dives “could have gone better,” but said they were not out of the ordinary from what he performed in training. .

“So it was in line with expectations. I’m quite happy with it, ”he said.

The final-year architecture graduate from Singapore University of Technology and Design also revealed that he even did some of his FYP work at the Singapore National Olympic Council office in the Olympic Village – where the athletes reside. and officials – in the days leading up to its competition.

This act of balancing sport with academics – and also national service – is why he felt relieved after all that was said and done yesterday.

“It has been a fairly long journey with both school, Covid-19 and training over the past two years, especially with the (one year postponement of the Olympics),” he said. he explains.

“I think now, other than finishing my final, I’m ready for a good break before I decide anything else. “

It’s also why Chan, who was the first Singaporean to qualify for the Tokyo Games in September 2019, is ready to quit his sport for good.

He added, however, that he would use his post-Olympic rest period to seek “a clearer picture” of his next step.

When asked why he wanted to quit the sport, he replied: “That (the whole diving career) has been too long … It’s been school, training, the army, the non-stop training … I didn’t have a “break” where I could decide if I wanted to continue or not. For this break, I will.

Chan is the latest member of Singapore’s squad of 23 squad – split across a record 12 sports – to compete in Tokyo.

On Wednesday, her teammate Freida Lim, who competed in the women’s 10m platform preliminaries, became the first female diver from the Republic to compete in the Games.