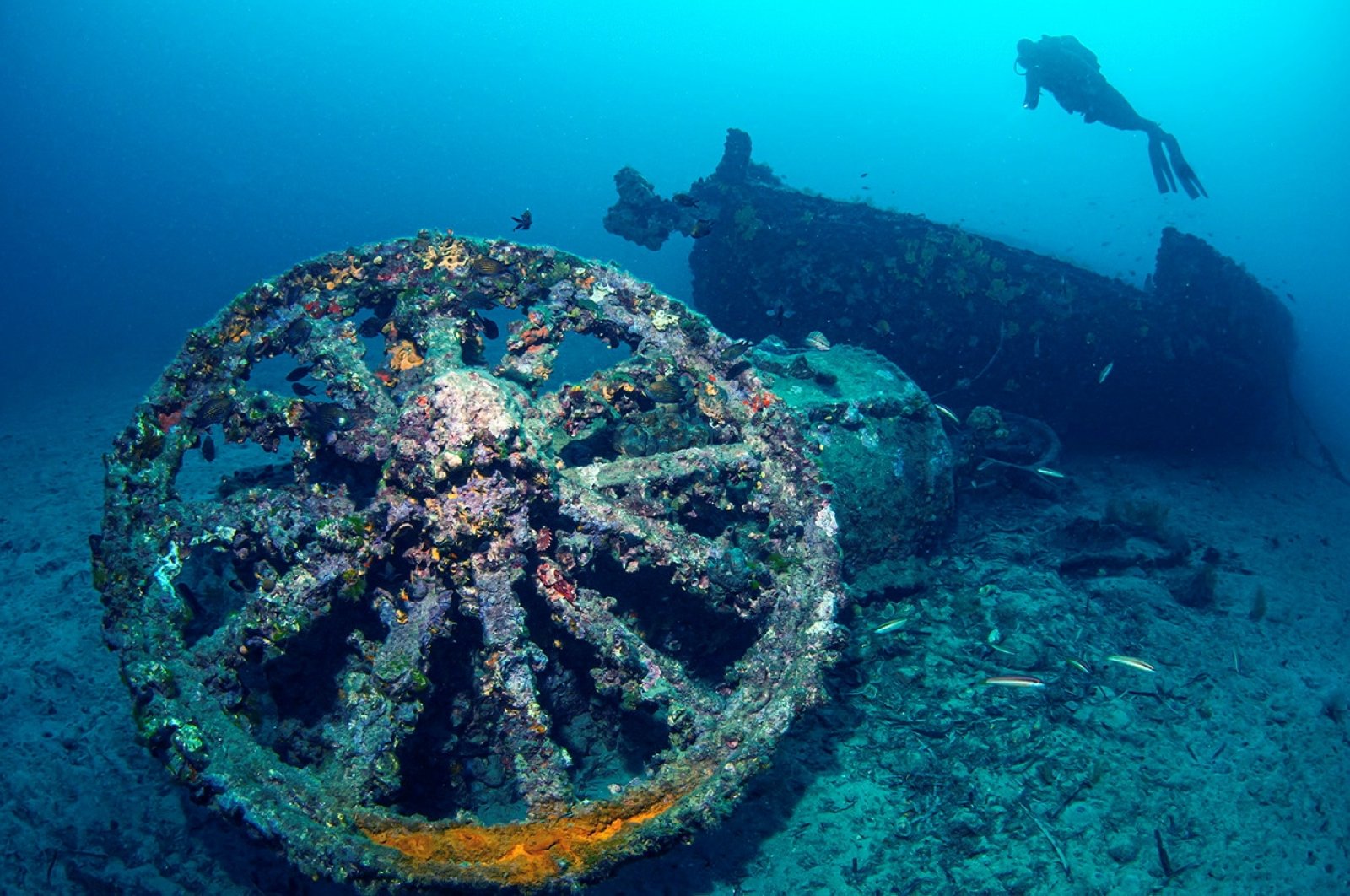 The Gallipoli Underwater Historical Park off the coast of Seddulbahir in Turkey’s Çanakkale province opened on October 2, allowing divers to examine evidence of the fierce WWI battles between Ottoman forces and allies resting under the surface of the Dardanelles.

Turkish photographer Savaş Karakaş was one of the first to board a motorboat and then dive into the seabed tomb when the park opened on Saturday.

There, he says, he was able to reconnect with his grandfather who fought in the Gallipoli campaign of 1915.

“My grandfather’s hands were disfigured and burned in battle, and I was always afraid of it,” said Karakaş, who lives in Istanbul and whose first name means “war”.

“But when I come to Gallipoli and dive, the rusty metal and steel of the wrecks remind me of my grandfather’s hands and I hold his hand underwater.”

Ottoman resistance remains a point of deep pride in modern Turkey. At the time, he thwarted the Allied plan to control the strait connecting the Aegean Sea to the Black Sea, where their Russian naval allies were herded.

Heavy British losses included the 120-meter (390-foot) battleship HMS Majestic, which is the first stop for divers at a depth of 24 meters off the coast of Seddulbahir. He and other vessels are largely intact on the seabed.

“We are a lucky generation because we (…) can still visit these monuments,” said Ali Ethem Keskin, another underwater photographer from Istanbul.

“When I started diving… I felt the moment they sank and I felt the stress of the war,” he said. “I felt the panic they felt at that point.”