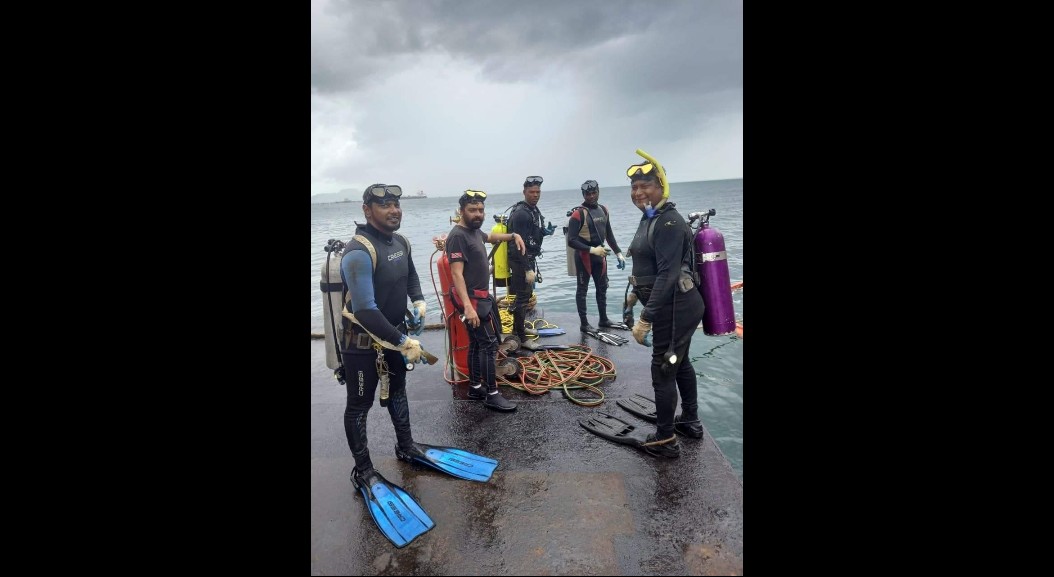 Paria Fuel Trading Company Limited (Paria) said it was continuing the operation in relation to the four missing divers who were pulled into a pipeline, while carrying out an underwater maintenance exercise at riser #36 Sealine on wharf #6 in Paria, Pointe-à-Pierre on Friday.

The divers have been identified as Fyzal Kurban, Rishi Nagassar, Kazim Ali Jr and Yuseph Henry.

The divers are employed by LMCS Limited, a service company under contract with Paria.

In an update at 3 p.m. Saturday, Paria said the divers who took part in this operation are all certified and have a total of more than 30 years of experience among them.

He added that the immediate response to the incident included mobilizing experienced rescue teams to work with Paria in their efforts to search for the missing men while ensuring the safety of personnel present.

He said operational scenarios had been assessed and implemented based on risk, and included the use of remotely operated vehicles (RoV) and other technologies.

The Trinidad and Tobago Coast Guard and other subject matter experts supported this operation.

The company added: “All stakeholders continue to work diligently in supporting this activity. Paria has also engaged consulting service provider PEAPSL to be on standby for family and employee support. Paria will work with LMCS Limited to remedy this situation.

They claimed officials waited hours before responding to the incident.

They met Energy Minister Stuart Young, who said he was briefed on what might have happened before the accident with the scuba divers and ongoing operations.

Rescue efforts are underway for four members of an underwater maintenance team.

The company said that during the exercise an incident occurred which resulted in the “loss of sight” of the five team members who were being watched from shore.

Paria said the cause and extent are still being determined.

However, he said incident management protocols were triggered immediately, in line with established standards.

The company added that a team member was found and is currently in stable condition at San Fernando Hospital.

Other rescue efforts, he added, are currently underway with support from the Trinidad and Tobago Coast Guard.

The abandoned underwater village has eroded