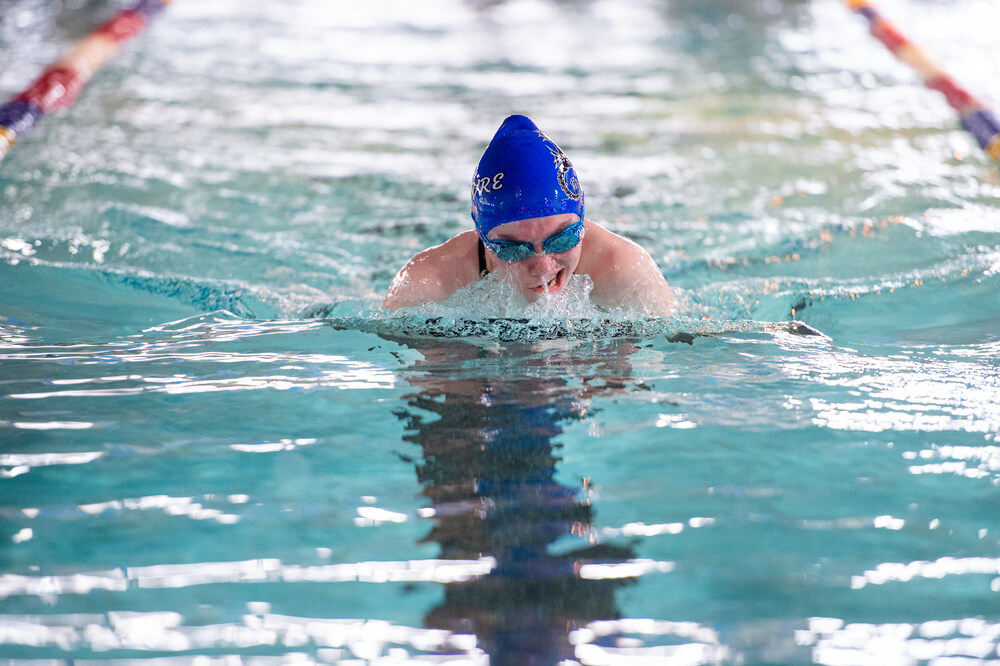 As the weather turns cooler this winter, Le Havre swim teams won’t be afraid to get back into the pool as they prepare for this season.

As the Blue Ponies stay indoors and dive into the season, HHS head coach Bill Kilgore just wants to see his swimmers compete hard and enjoy the sport.

â€œI always expect the kids to enjoy the season and have fun,â€ Kilgore said. “We will work hard and do our best.”

The HHS Boys’ Swim Team also returns several swimmers from last year. Connor McKay returns after placing fourth in the United States in the boys’ 200-yard freestyle and ninth in the United States in the 100-yard breaststroke. McKay also swam for the men’s 200-yard medley relay team which was second in the state and he swam for the men’s 200-yard freestyle relay team which was fourth in the state.

The ponies will also have several newcomers to the roster this season. Although it’s too early to see who will make an impact, Kilgore was impressed early on by swimmers such as Hailey Gingery, Lindsey Leinwand and Ada Pratt.

With the season approaching, Kilgore is looking forward to their first meeting this Saturday at Polson as he will finally be able to see his swimmers compete this winter.

â€œI always look forward to the first one just to get a feel for our kids’ situation,â€ Kilgore said.

The ponies will take part in several other major competitions during the season. Their most anticipated meetings will take place in Great Falls over the next few months. Next month, the ponies will compete in the Great Falls relay competition and return to Great Falls for another competition in January during a streak where they will compete every weekend. But the meeting Kilgore and his team have in view this season will be the state meeting in February. Le Havre also hosts the Havre Invitational and the class A meet during consecutive weeks at the community swimming pool in Le Havre.

As the ponies move into the season, they are obviously hoping to compete. But when it comes to having a successful year, Kilgore believes the season will be a success if his swimmers can grow and form a team throughout the year.

â€œA successful year for me isn’t about wins and losses. It’s about learning, growing, having fun and coming together as a team for the kids,â€ Kilgore said. “If we can make all of this happen, for me it’s a successful year. Everything else is kind of the icing on the cake.”

The Ponies will start their season this Saturday with a meeting in Polson.