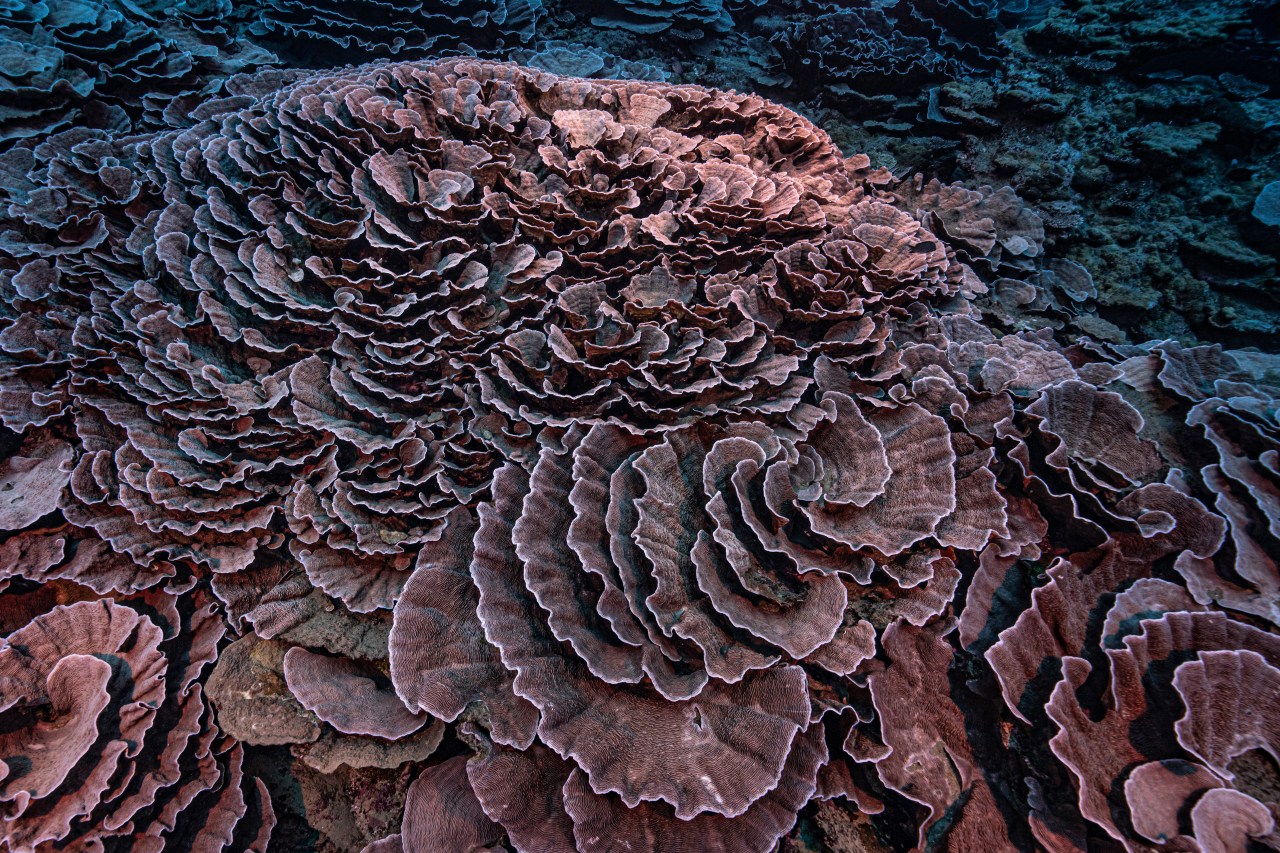 Deep in the South Pacific, scientists have explored a rare stretch of pristine rose-shaped coral off the coast of Tahiti. The reef is considered one of the largest found at such depths and appears untouched by climate change or human activities.

“When I first went there, I thought, ‘Wow – we have to study this reef. There is something special about this reef,'” said Hédouin, a researcher at the French National Research Center scientist in Moorea, French Polynesia.

What struck Hédouin was that the corals appeared to be healthy and unaffected by a bleaching event in 2019. Corals are tiny animals that grow and form reefs in oceans around the world.

Globally, coral reefs have been depleted by overfishing and pollution. Climate change is also harming delicate corals – including those in areas neighboring the newly discovered reef – with severe bleaching caused by warmer waters. Between 2009 and 2018, 14% of the world’s corals were killed, according to a 2020 report by the Global Coral Reef Monitoring Project.

The new reef, which stretches for 3 kilometers, was surveyed late last year during a UNESCO-backed diving expedition. Unlike most corals charted around the world, which are found in relatively shallow water, this one was deeper – between 115 feet (35 meters) and 230 feet (70 meters).

Exploring such depths posed a challenge: the further a diver descends underwater, the less time they can safely spend at each depth. The team was equipped with special tanks and completed 200 hours of diving to study the reef, including taking photos, measurements and coral samples.

The reef is in a place where many researchers haven’t spent much time, said Mark Eakin, a former oceanographer with the National Oceanic and Atmospheric Administration.

“We’ll see more of these finds as the technology is applied to these places,” Eakin said. “We might find bigger ones somewhere, but I think it’s still going to be an unusual reef.”

The recent volcanic eruption in Tonga that triggered tsunami waves in the Pacific did not affect the reef off Tahiti, Hédouin said.

Hédouin hopes the research can help experts understand how the reef has resisted climate change and human pressures, and what role these deeper corals might play in the ocean ecosystem. More dives are planned in the coming months.

“We know very little about the ocean, and there is still so much to record, to measure,” said Julian Barbière, head of marine policy and regional coordination at UNESCO.