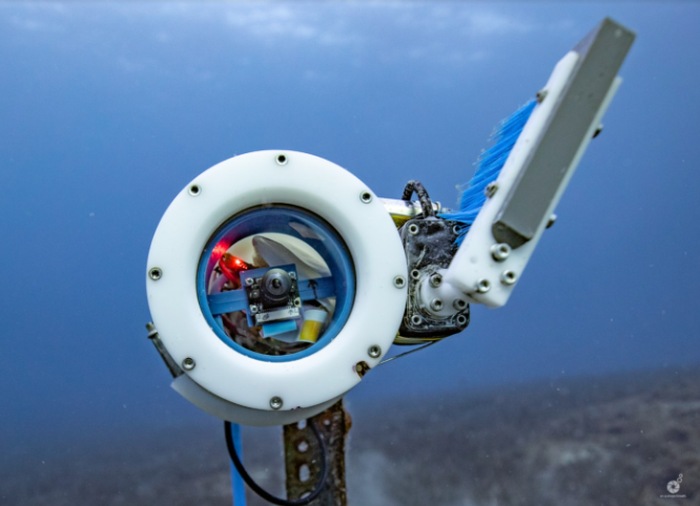 Researchers at the National Technical University of Athens needed a system to help them monitor the sinking of a merchant ship near Peristera, one of the largest known ships of classical antiquity. Using a Raspberry Pi mini PC and the skills of Dr. George Papalambrou and colleagues Vasilis Mentogiannis and Kostas Katsioulis, from the School of Naval Architecture and Marine Engineering, NTAU. A new underwater surveillance system has been created in the form of the US: UNDERWATER VISION SURVEILLANCE SYSTEM.

Featured on the Foundation’s website this week, the monitoring system had to be self-contained and have an internet connection in order to communicate with researchers by sending images and also allow them to change settings and receive data from sensors built into the camera.

“The sea is an unforgiving environment to operate in and is very difficult for the equipment,” explains George. It was therefore essential that they choose equipment capable of withstanding both high pressures and low temperatures. US must operate continuously 24 hours a day at submerged depths of 35 to 70 meters. George explains that the project also requires full software control at the operating system level, as well as at the application level: “We control our devices remotely via the web and SSH, so there is no room for breakdowns or malfunctions.” Raspberry Pi has always been the team’s first choice, especially because of its affordability and invaluable community forums. “The specialized software and HATs were developed by George and his colleagues at the University of Athens to save money and reduce development time. The Raspberry Pi boards were configured headless, with X11 transmission used to optimize remote control along the long underwater cables connecting each module to the base station. The onboard batteries are supplemented by onshore solar panels located near where divers depart to view the wreck in the Aegean Sea, some distance from its intended destination, the island of Skopelos.