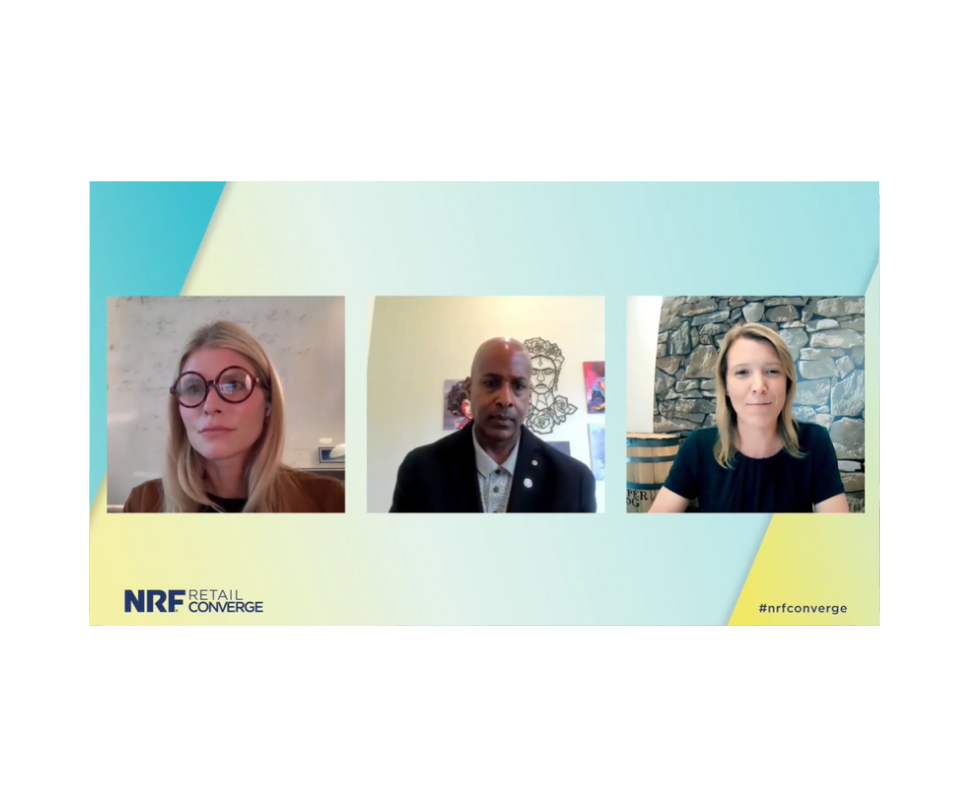 Retail sees a new light for diversity and inclusion

In a session at NRF Retail Converge, Shannon Schuyler, Director, Head of Goal and Inclusion at PwC, moderated a conversation on the current state of diversity and inclusion initiatives in retail . Joined her were Mark Irvin, head of inclusion, diversity and talent at Best Buy, and Laura Watt, executive vice president of human resources at Diageo North America.

Schuyler began by noting the tremendous progress in pushing for greater diversity and inclusion in the workplace, especially in retail. “We’re in a new place,” she said, “and we don’t want to cede any ground. “

Noting that diversity and inclusion efforts are often referred to as a ‘journey of discovery’, she said, ‘Why should this be a journey? We don’t treat the supply chain or fundraising like a trip, it’s a job. You do it. How do we change the D&I narrative? “

The question, Irvin replied, is how quickly a business will engage in transformation. As an example, he cited the digital revolution and the adoption of e-commerce. (Until 18 months ago, Irvin was executive vice president of supply chain at Best Buy.) “We were all traveling,” he said. “Those of us who were slower are gone.”

The same urgency applies to D&I, he said, and for many of the same reasons. “Society has changed,” he said, “and we must change too. Taking an incremental approach is not acceptable; we’re going to have to make radical adjustments to stay engaged with our customers and employees. “

“But we didn’t,” Schuyler stressed. “If we saw the same emergency need in a business unit, we would have done something, and we didn’t. We just said, ‘It will be better in the future.’ “

Watt replied that he feels different now, in large part because employees and customers demand more. “It’s a question of both the head and the heart,” she said. “If we can’t demonstrate that we’re here to do more than just make a profit, we won’t get our share of talent or hire our clients – and in five years we’ll be gone. Our companies will be judged on how they manage this change.

Irvin agreed. “We are at a critical moment in our history,” he said. “It wasn’t that long ago that supply chain management shifted from infrastructure to strategy. The way our customers and employees experience diversity and inclusion has become the same sort of thing. “

Retail, he noted, is at the forefront of this wave of change because it is everywhere. “We must have the compassion and purpose to express ourselves with our voices as human beings. We can lead this way like no other industry.

Speaking of leadership, Schuyler noted that CEOs typically learn to focus on shareholder and brand value, not on the composition of the workforce. Many business leaders she talks to ask her basically, “How do we make sure we do what we need to do without losing our focus on business?” “

“I don’t think we can stay silent,” replied Watt, “whether internally or externally, but we have to make choices. If we say something, there has to be actions to back it up.

“ESG objectives – environmental, social and governance – must be pursued with the same rigorous reporting as financial objectives,” said Schuyler. “We all have to do it. It is not something that a separate designated group can be responsible for, nor could it be in the case of revenue.

Irvin said that a partial solution to more inclusive hiring is to address the familiarity problem (“familiarity” being a less loaded term than “bias”). Hiring managers tend to hire people who are like them, he noted, because they feel comfortable around them. In addition, he recommends that companies do not overload the demands of the job. “If you don’t really need a degree to do anything,” he said, “stop asking for one.”

Responsibility is important, Watt said. “We incorporated gender diversity into the job description for senior executives, and it started to happen,” she said. “Five years ago our management team was overwhelmingly white men. Today, it’s 40 percent female and 40 percent ethnically diverse. It doesn’t happen by accident.

A trip to do

Nor, the panelists agreed, this does not happen quickly. Except when it does, of course. “We,” Schuyler said of PwC, “have been recruiting from the same schools for decades. Then we finally started hanging out with others, looked at each other and said, “The diversity is here! It is not true that there is not.

Most of the time, however, it takes time, effort, commitment, and determination – more, as stated, a willingness to unify head and heart.

“You have to continue to widen the circle,” Irvin said, “and make yourself both transparent and accountable. It takes longer to get to the end this way, but you end up in a better place. “