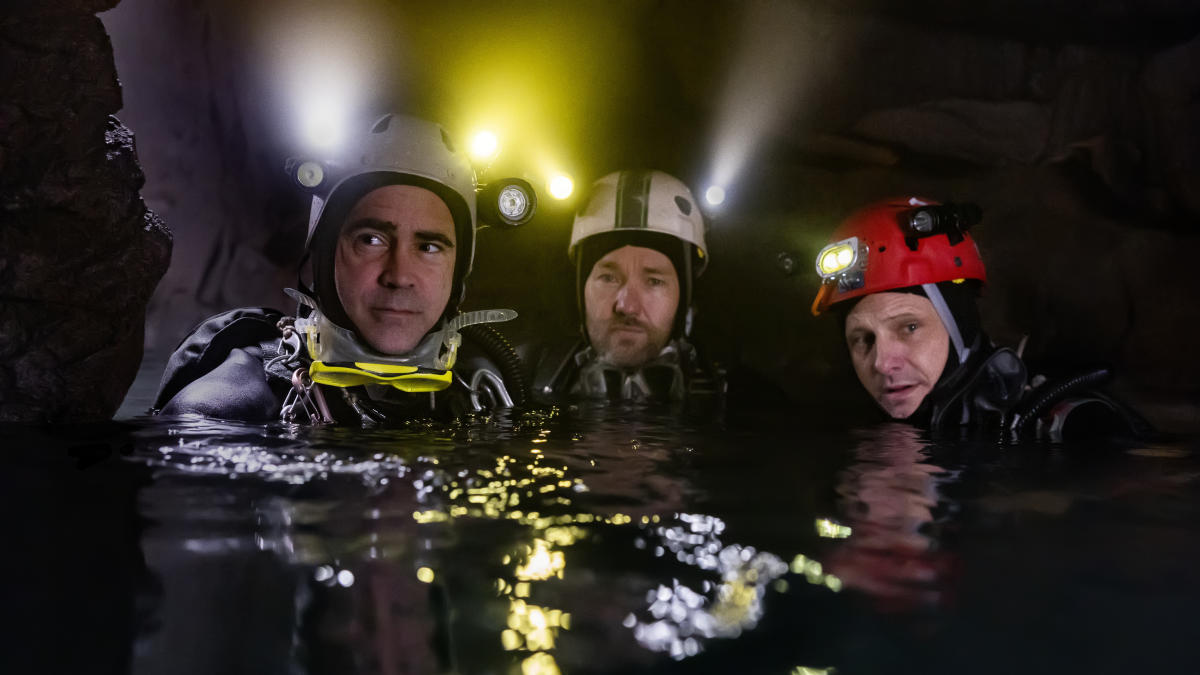 Director Ron Howard is no stranger to working with his VFX supervisors. “Inferno”, “Solo: A Star Wars Story” and “In the Heart of the Sea” all required close collaboration with the VFX team. But her latest film, “Thirteen Lives,” presented her with one of her biggest challenges: filming in caves.

In “Thirteen Lives”, Howard knew Jason Billington, MPC VFX Supervisor, would be a key collaborator. “I knew Jason was going to be additive, but what interested me the most was that there was a lot of work that I expected, but it wasn’t the work that I thought it would be. we would do.”

The film chronicles the incredible rescue effort of 12 boys and their soccer coach after exploring Thailand’s Tham Luang cave. A monsoon leaves the boys stranded until divers arrive and attempt to drag them out of the cave, one person at a time.

Howard says, “I didn’t really understand what the challenge of photographing in the caves was going to mean, and I did a lot of underwater work.

From the darkness of the water to the atmosphere inside the cave, Howard’s biggest challenge was the general environment, but that’s where Billington stepped in.

Decorator Molly Hughes built four 100-foot-long water tanks at a warehouse in Australia. Billington says his biggest challenge was how to portray the movement of water amid the story of what the divers went through to save the children, and what role VFX would play.

The questions Billington and the team faced concerned where to use specific simulations. “When a diver’s fin lifts in front of the camera, we went with something that would wash in front of the camera to give us something dramatic, moving away from the fin. Or if a diver swims down the tunnel and hitting his head, we would use that moment to simulate dust and debris falling from that connection.

As Billington worked through the debris and darkness, Howard says he tried to get as much behind closed doors as possible. According to Howard, “When the tank was clearest, we were shooting the widest shots, as it got more cloudy, we got closer to the details.” He adds: “We were also creating current, but there were times when we had to make sure the audience could recognize the speed, rhythm and intensity of that current. What Jason then had to do was with each shot, sculpt in and around what we already had in camera.

Billington warned Howard about what he was capturing behind closed doors. According to Howard, “Jason said they couldn’t take things away. He said: “I can help define the shots and strengthen them, but if it’s too much behind closed doors, I can’t help you.”

The handling was done piecemeal, especially for the water tank moments. If the water was too clear, Billington could speed things up. The key was not to take the audience out of the story.

Howard says, “Once in a while we would actually decide that a plan was working, but there weren’t many of them. However, it would be like a party time in our VFX meetings.

Billington reveals: “There was the outer exteriors with the entrance they were walking towards, and when they come in – it was built into the side of a hill – it just stopped and ended. We used a black screen for the actors to look down and imagine what was going on down there.

Also, the inner set that was part of the chamber was about 40 miles away, so in scenes where divers or volunteers had to come in and walk around the cave entrance, Billington would sew the two extensions together.

Billington says 800 to 900 shots were hit by VFX, and 350 of them were underwater. And while much of that work was done during production, it wasn’t until after the duo realized that something vital was missing from the film: the drops through the cave. “It became a big thing,” Billington reveals.

“We just didn’t think on set that it would be a thing. When we got to editing and put the story together. The water inside the cave was missing, so that was added.

The best of variety