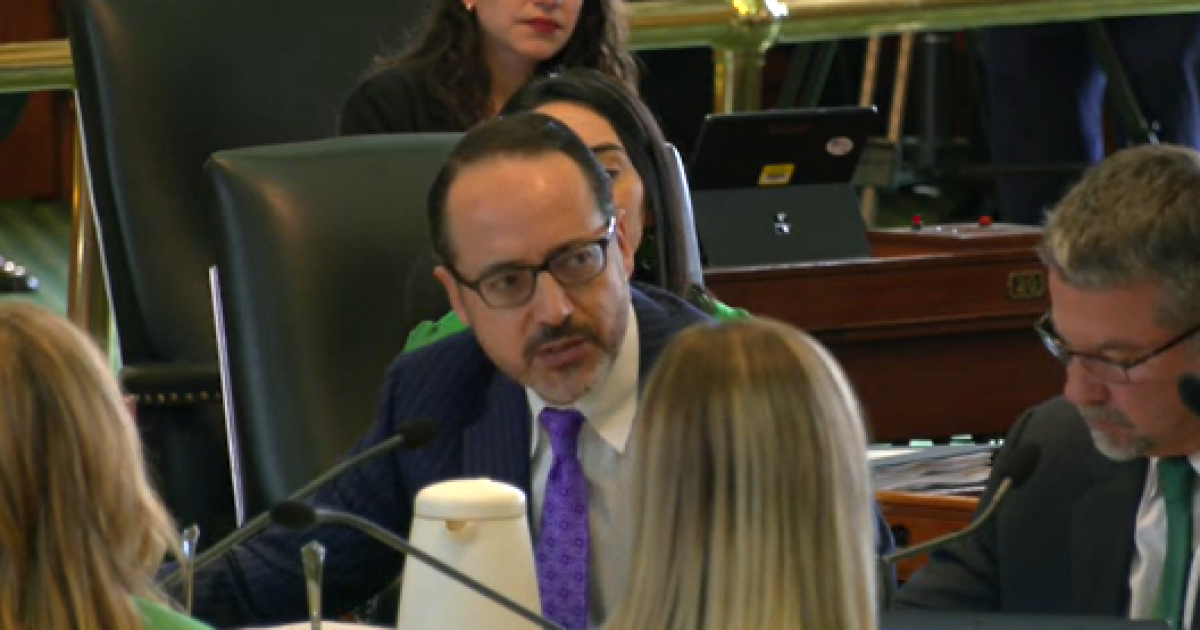 Was there sex trafficking at the Refuge, the Bastrop-based residential treatment center or not?

A Texas Senate hearing held on Thursday dove deep into the allegations. But despite its charge to investigate, the committee did not have a conclusive answer to the question.

The select committee, however, has been digging into all sorts of legislative investments and reforms to the state’s ailing foster care system. Accusations that the crimes occurred at the facility specifically for victims of the crimes first surfaced in court documents last week.

The original question is big. It made national headlines, energized state leaders, and led to the creation of the Senate Committee.

In short, employees of the Department of Family and Protective Services suspected that sex trafficking was happening at the Refuge. They reported allegations of child pornography that appeared to fit the trafficking code as well as a case where Refuge staff helped two youths get away and possibly helped them get a hotel room.

Despite the allegations, the head of the Texas Department of Public Safety told Gov. Greg Abbott on Wednesday that the Texas Rangers – after six days – had yet to find any evidence of sexual abuse or sex trafficking.

Menendez said he thought the letter to Abbott from DPS director Steven McCraw was premature in announcing the initial findings of no evidence, especially given the allegations she confirmed about nude photos of children and staff putting “escaped” children in hotels.

Thursday’s hearing provided the most comprehensive details of the alleged crimes to date, with DPS and DFPS leaders testifying about the allegations and failures of some state agencies.

According to a DFPS presentation, the state failed to act quickly in the case due to inattentive middle managers who failed to raise concerns raised by a DFPS case manager. As a result, young people who would have been discharged within days languished in the facility for weeks. What impact this had is unclear.

“I can’t find excuses for this. These allegations were significant,” DFPS commissioner Jamie Masters said at Thursday’s hearing.

According to a timeline included in the presentation, on January 24, an employee allegedly used CashApp to sell nude photos of at least two girls. This employee was terminated. A third girl later said she was also photographed naked, and she told investigators the fired employee was dating a man who had previously sex trafficked the youth.

At the end of February, staff reportedly helped two young people to escape from the semi-rural settlement of Bastrop and possibly helped them obtain a hotel room.
A few days after the escape, Masters testified to a staff member’s concerns.

“I think there’s traffic under my nose, and they haven’t increased it either,” Masters explained.

It was determined that the alleged abuser’s sister and cousin both worked at the facility. According to The Refuge, no one is still working there or in a management position – as was erroneously stated during the hearing.

In testimony before the special committee, McCraw said the situation was not as dire as last week’s original reports from DFPS. Initially, a letter to Federal Court monitors alleged that seven youths had been abused or trafficked by as many as nine staff members. Both numbers appear to be inflated, and the letter was a draft, including caveats to be addressed, and not intended to be sent as is.

“Instead, what happened was the caveats were removed,” McCraw said, “and the document was passed on.”

He said Rangers had found complaints were sometimes duplicated and some were about issues with medical care and supervision.

The DPS child exploitation accusations were troubling enough for the committee members.

“I heard someone say, ‘well, they weren’t really trafficking the child.’ Well, if you take nude photos and help them escape, you put them in the hands of those who exploit them,” said Senator Joan Huffman, who represents parts of Houston.

The shelter — whose license was suspended last week and has been closed for at least a month — recently had about 20% fewer annual violations than the state average, according to Texas Health and Safety staff. Human Services Commission. But there was more than one related to the background check.

The Senate committee was established to investigate past reform efforts and legislative investments in the state’s child protection programs. The foster care system has been the subject of federal litigation for 10 years, with federal monitors overseeing court-ordered improvements over the past five years.

Despite an influx of cash and positions in recent years, CPS has struggled to keep pace. The state now appropriates more than $4 billion a year for the efforts.

Dozens of providers have closed across the state, taking bed capacity with them, leaving dozens of children without placements each night – it’s dropped from the hundreds seen late last year.

Allegations of abuse regarding residential treatment centers have tripled since 2019.

The agency’s improved investigative responsiveness has been one of the bright spots in recent years – according to court reports and staff – despite news from The Refuge.