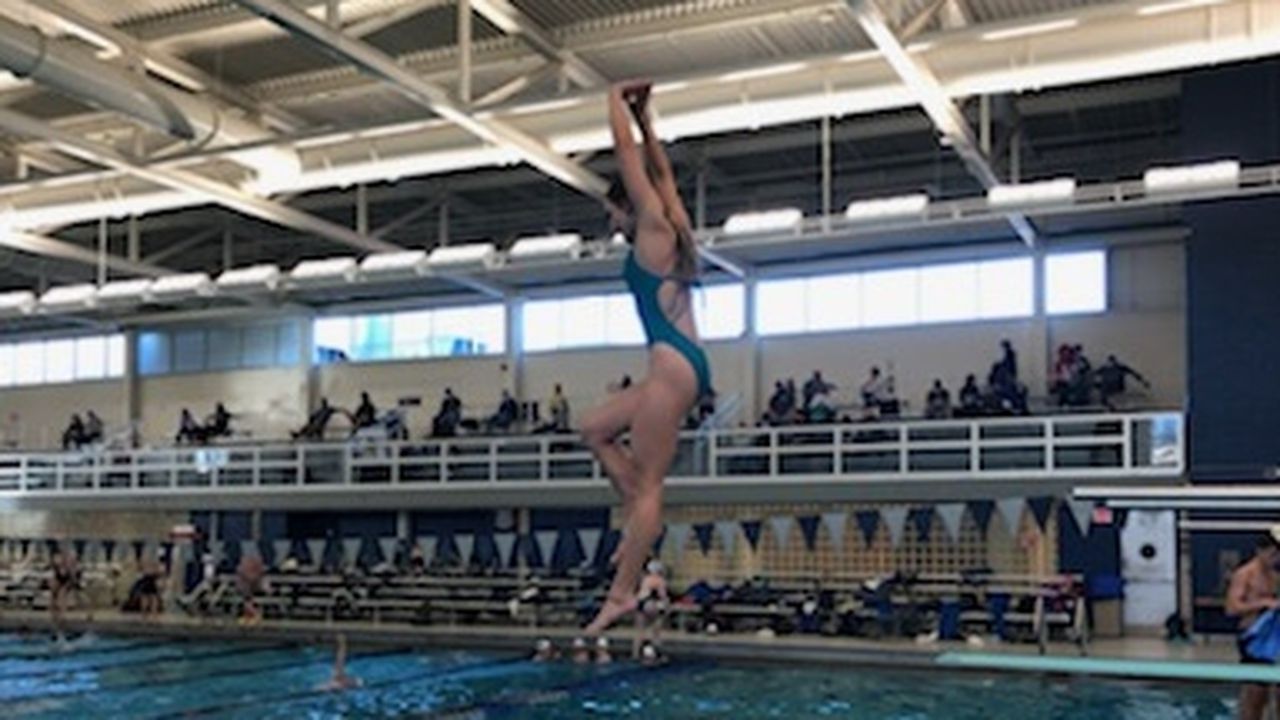 The tri-county conference wrapped up its fourth round of batch dive meetings Monday at the Gloucester County Institute of Technology pool in Deptford Township.

Peyton Sherrill of the Clearview High women’s swim team continues to post strong numbers. In Monday’s diving batch competition, the runner-up had the best score of 225.8, a season-high total.

His best score in his first season was 203.85. She has eclipsed that in all four meetings this season. It threatens the program record of 235.9 in 1998.

“She’s an incredibly talented diver,” said head coach Skyler Lindsey. “She entered freshman last year and I was blown away by what she was able to do. She is a very, very good child. She comes to train prepared every day, reading to learn. She is one of those children who, when she comes out of the water, her facial expression shows everything.

“A lot of kids are looking at you.“ Coach, what did I do wrong? ”I can ask,“ Peyton, how was that dive? What did you think? ‘ And she’ll go all the way, and she’ll let me know. She really knows what I would say to her. I think she’s going to break the program record. She’s a really dedicated girl. She’s a very hard worker. tough and a very good child.

On the boys’ side, Jake Rosenberger of Clearview was the top male diver on Monday with a score of 201.3. The first-year season’s best score was 218.4, which was recorded in the batch meet on December 6. Clearview’s boys’ record is 226.25 from 2019.

“I’ve known Jake since he was probably 8 years old,” Lindsey said. “I coached him in a summer league. The good thing about Jake is that he’s very versatile. He’s a diver and a swimmer, and he’s good at both. It’s not very often that you’ll see a swimmer and diver as good as Jake. He is fearless. He has a lot of potential. He’s a really fun diver to watch and to work with. I can’t wait to see what he does over the next four years.

Lindsey said one of her proudest moments this season was her decision to let Olivia Kristel join the Gloucester Tech squad. The junior reached out to Lindsey, who coaches divers Clearview, Kingsway and Gloucester Tech, two weeks into the preseason as testing continued to ask if it was too late to join the sport.

Lindsey said, “I said, ‘Alright, why don’t you go out? I’ll give you a day or two and see what you have. It was one of the best decisions I have made. She got out, and she just rocked him on the plank. She was absolutely gorgeous. She is constantly smiling, which I like. She’s doing great. I’m really glad I let her out.

When the South Jersey Interscholastic Swimming Association decided not to hold their invite this season due to COVID-19 concerns, they also canceled the remaining diving season. It was a stab at the divers in the area as there are not a lot of diving competitions and diving is not part of the swimming competition. In addition, the canceled competition left one less opportunity to qualify for the NJSIAA Championships.

However, coaches in the region have obtained approval from the SJISA to host a smaller competition of 11 dives where the scores will be used to allow divers to qualify for the state competition which is scheduled for 1st and 2nd. March. The meet will be held on January 19 at Gloucester Tech, the same day that the SJISA 11-Dive Championships would have taken place.

Divers will also have the Gloucester County Championships (January 28) and the Tri-County Conference Showcase (February 2) on the competition schedule.

“After last year where they had about four practices and like two meetings, I think they were just happy to be on the board and compete,” said Lindsey. “The really good divers, who were going to do really well and qualify for the States, were really disappointed when I told them (about the cancellation of the SJISA competition).

“When I saw their faces when I told them that, I mean their whole demeanor changed. You could tell they were really upset. Seeing the looks on their faces, I was like, ‘I gotta find a way around this. I have to find a way for these kids to have a chance to get to America. It was then that I contacted the SJISA.