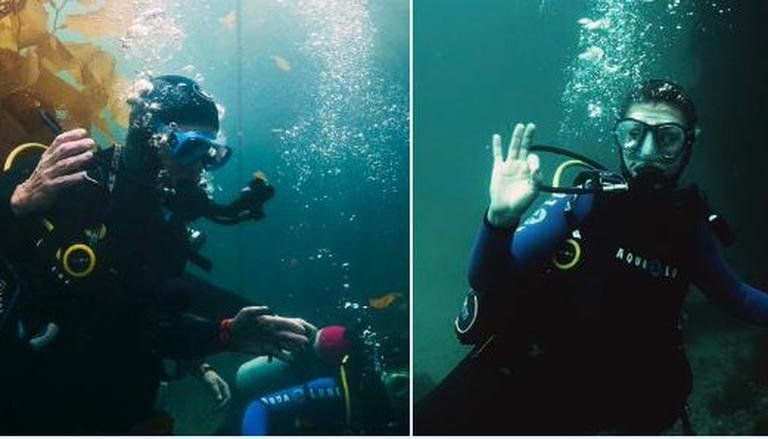 As part of preparations for the highest orbital mission ever, the Polaris Dawn team completed its first training events this week. Taking to Twitter, the official handle of SpaceX’s Polaris program shared photos of the four members preparing for their mission slated for launch later this year. The team has completed their scuba diving training which is a crucial preparation phase for astronauts before their extravehicular activity (EVA) in space.

The Polaris Dawn crew completed their first training events this week, participating in pool and sea dives in preparation for their mission’s extra-vehicular activity.

What is the necessary diving training before a spaceflight?

Scuba diving courses are important because they help astronauts during their EVAs or spacewalks. Notably, the Dawn crew will also perform spacewalks while donning brand new SpaceX suits during their mission. This would notably be the first-ever commercial spacewalk of a space mission. Diving training is extremely useful because the underwater conditions on Earth are one of the best ways to recreate the isolation and weightlessness of living and working in space.

Hervé Stevenin, head of the astronaut training unit preparing European Space Agency (ESA) astronauts for spacewalks, says: “Scuba diving is as close as possible to experiencing weightlessness on Earth for long periods.” Earlier this week, Sarah Gillis, one of the crew, said she and her partners had also practiced non-verbal communication as well as basic medical emergencies likely to arise during their spacewalk. Gillis, along with Jared Isaacman, Anna Menon and Scott Poteet, will launch into space possibly in the fourth quarter of 2022 in SpaceX’s Dragon capsule atop a Falcon 9 rocket.

We started yesterday in the pool refreshing basic diving skills. Non-verbal communication and support from friends are essential for safe diving and spaceflight! pic.twitter.com/GJSfLfWUTM

The Polaris Dawn is the first of three planned spaceflights. On this mission, the crew of four astronauts will fly higher than any Dragon mission to date and reach the highest Earth orbit. During Polaris Dawn, astronauts will spend five days in orbit and test several new technologies, including the first Starlink laser-based space communications. Tap here to read all about it.