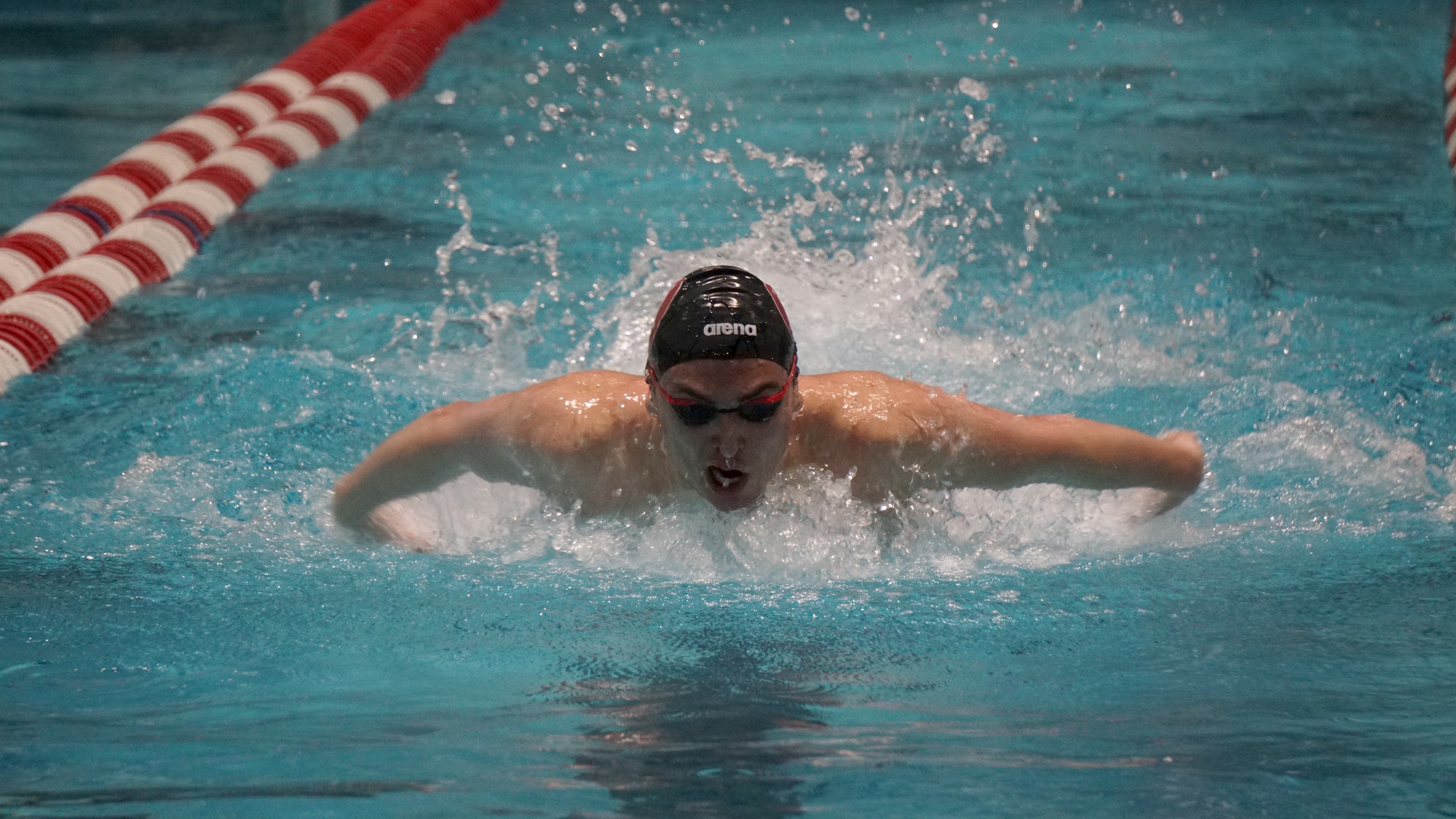 MEN’S SWIMMING AND DIVING AT HARVARD

The Crimson cruised through the weekend, beating Yale, 248.5-104.5, and Princeton, 228-125. In total, they have totaled 19 NCAA B Cup wins, nine pool records, 13 event wins, 10 second-place finishes and six third-place finishes. An NCAA B cup is a time ranking for a swimmer, which is slower than the fastest ranking of an NCAA A cup.

Freshman Adam Wesson placed first in the 3-meter dive with a score of 369.65, well above the NCAA average of 320.

“It was a great feeling knowing that my family, teammates and coaches were proud, but the best feeling was when the results were announced and I could see all the smiles on their faces after cheering on the team all morning,” Wesson said.

Sophomore Will Grant won the 200-yard backstroke, recording a season best time of 1:42.56, which also set a new pool record. Freshman Anthony Rincon followed in second place with an NCAA B cut time of 1:44.13 for a season best as well.

Senior Mahlon Reihman won the 100-yard freestyle with an NCAA B cut time of 43.60 for a pool record.

Senior Dean Farris placed first in the 100-yard butterfly with an NCAA B cut-off time of 46.30, setting a pool record and finishing nearly two seconds ahead of junior Umitcan Gures, who placed second at 46.33.

The Crimson also won the first stint of the 200-yard medley relay with a pool record time of 1:25.26. The winning group was made up of Dean Farris senior, Raphael Marcouxl senior, Jared Simpson junior and Umitcan Gures junior.

The Harvard team of junior Ryan Linnihan, second Marcus Holmquist, senior Mahlon Reihman and senior Dean Farris finished the encounter with a victory in the 400-yard freestyle relay with a time of 2:52.76. .

With their two-time competitive title secured, the Crimson will next look to win their 27th overall Ivy League championship and fifth in a row, in Princeton, NJ, between Feb. 23-26.

WOMEN’S SWIMMING AND DIVING AT HARVARD

Harvard recorded two wins in the encounter. On the first day of competition, senior Esther Lawrence won the 3 meter diving event. Freshman Amy Wotovich, who clocked a score of 295.90, came in first, while senior Morgane Herculano came in second with her season-best score of 291.80.

Despite the setback, Harvard will look to the Ivy League Championships, which will take place between February 16 and 19 at Blodgett Pool. The Crimson will be looking for their 13th conference title.

-Writer Derek Hu can be reached at [email protected]