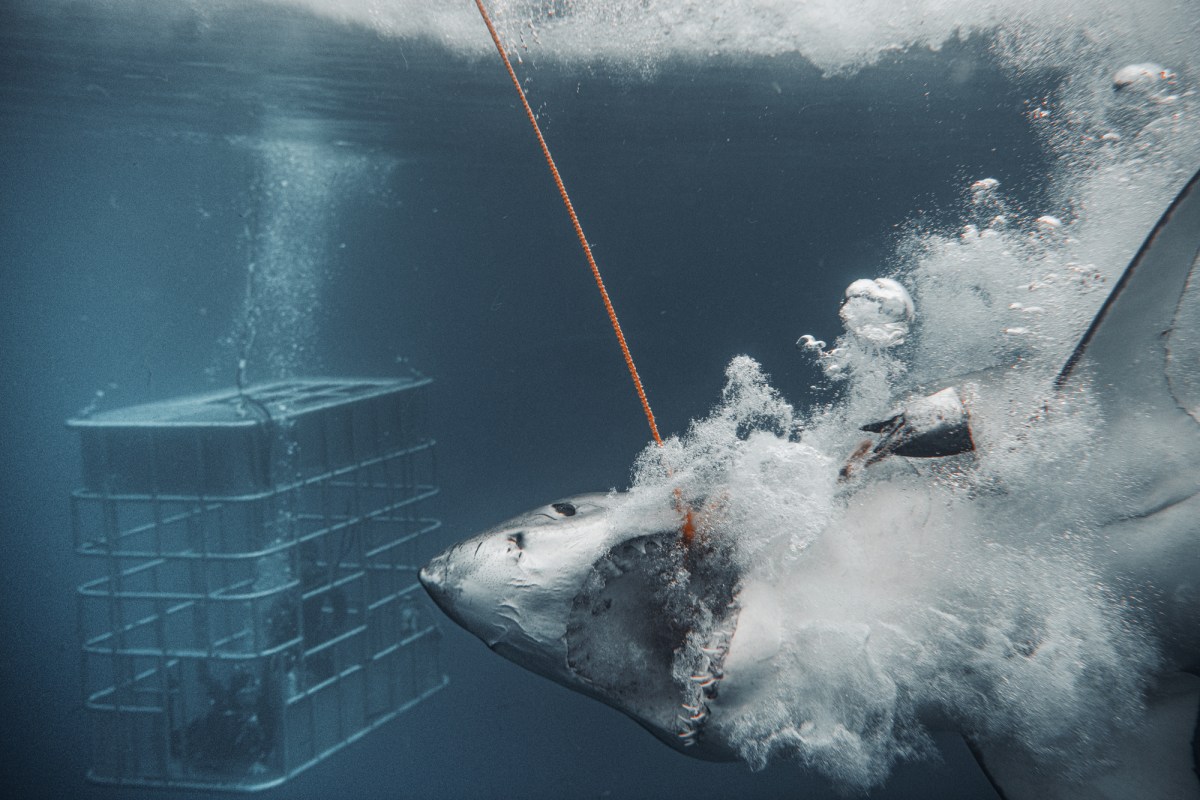 This is the terrifying moment a giant great white shark attempts to breach a cage of divers.

The jaw-dropping moment was captured by brave underwater photographer Euan Rannachan who had visited the shark-infested waters of Guadalupe Island off the coast of Mexico.

In another chilling snap, a shark emerged from the water with its mouth wide open in what looks like a sinister grin.

In others, taken from inside a divers‘ cage, a great white stretches its mouth in an underwater yawn as it stares at the photographer.

Shark enthusiast Rannachan said the island is arguably one of the best places in the world to see these underwater beasts.

He said: “A combination of the size of the sharks that end up there and the clarity of the water makes it very hard for shark enthusiasts, like me, to beat.”

Rannachan even got out of the shark cage to take pictures of the mysterious creatures and wants others to do the same.

He said: “There is literally no other feeling in the world like this.

“I call it rewiring your brain. You’ve been doing something all your life that you’ve been told not to do and are afraid of, and then you do it and you realize that all that advice came from a place of fear and misunderstanding.

“These huge white sharks are curious animals but in no way show aggression towards us. I really wish everyone in the world could see them like we do.

“Because of this, we have created a company that takes people to the island to meet these amazing animals.”