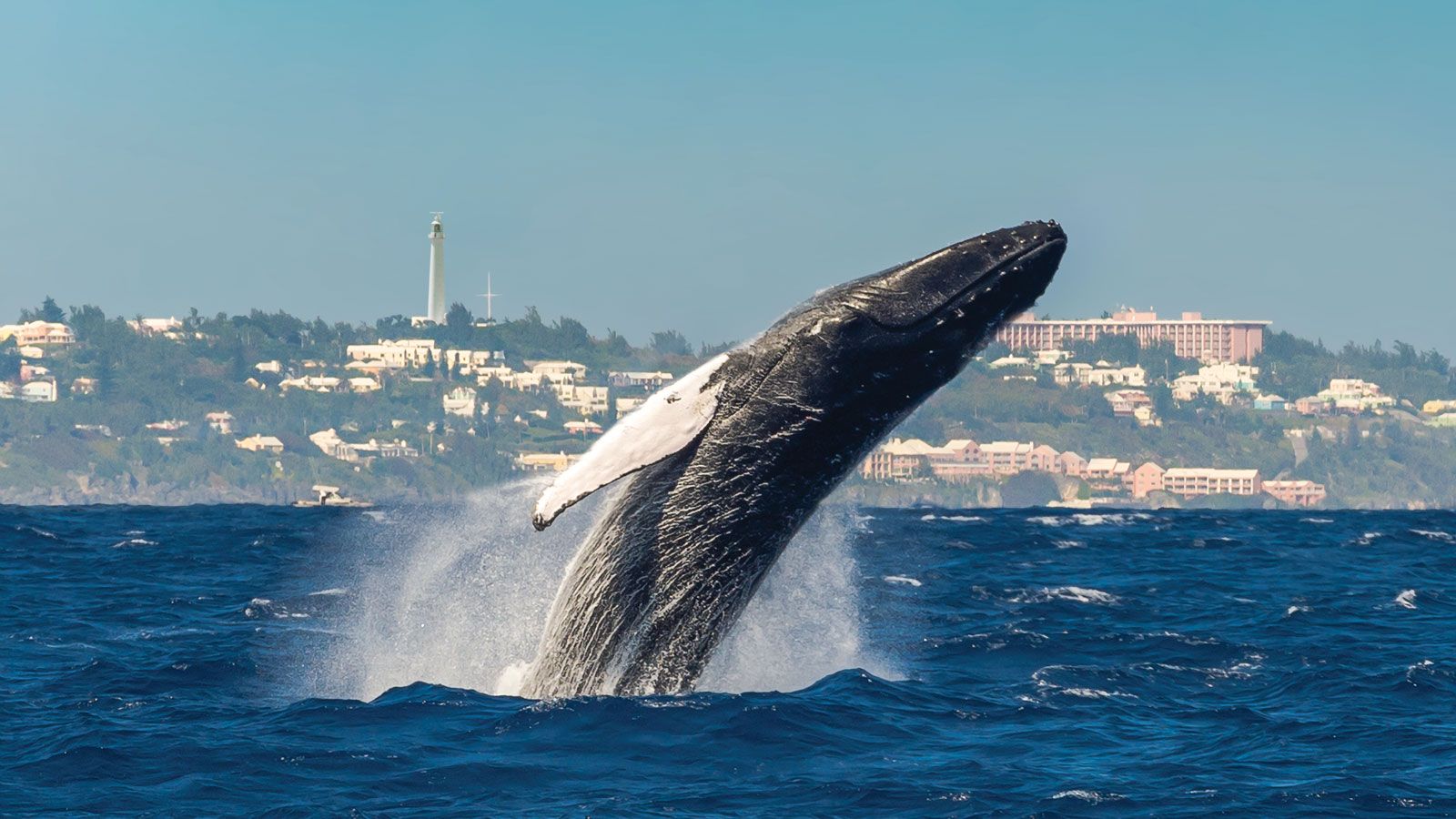 With deep reefs encircling this small Atlantic landmass, Bermuda has been given the unfortunate name “Devils Island” by superstitious sailors. They were clearly right to fear the island’s waters as they have more shipwrecks per square kilometer than anywhere else on the planet. Luckily for 21st century visitors, this means there are now over 300 shipwrecks to explore.

Opportunities range from simply grabbing a snorkel and swimming above wrecks straight from shore, to scuba diving among reefs teeming with aquatic life – including grouper, barracuda, spiny lobster, parrotfish and blue angelfish. Either way, you’re guaranteed a colorful spectacle of marine life in great visibility, thanks to Bermuda’s clear waters.

The wrecks date from the 17th century to 1997, with most of the oldest wrecks having been found off the west coast of the island, while the more modern vessels are found on the east side. The largest wreck is that of 152 meters Cristobal Colon, which collided with a coral reef in 1936. Today, its wreckage is scattered over 9,300 square meters of seabed and the area has become a hub of marine life. Other local favorites include the Ghostly North Carolinawhich sank on New Year’s Day in 1880, and the entirely intact king georgewhich was scuttled in 1930.

Diving is perhaps what Bermuda is most famous for, but that is by no means the extent of the island’s water activities. For those looking for a new adrenaline rush, the jagged cliffs of Bermuda have given rise to one of the locals’ favorite activities – cliff jumping. Admiralty House Park and Clarence Cove on the North Shore outside of Hamilton are popular spots for this and also offer the opportunity to explore the surrounding underground caves dug by the British in the 1800s.

With its constant winds, the island is also a mecca for sailing. The Great Sound’s natural amphitheater was one of the reasons it was chosen to host the America’s Cup in 2017, and the island is also now a regular on the Sail GP circuit, with the kick-off shipping season three here in May. The conditions that lend these waters so well to sailing also make the island an unsung paradise for kitesurfers. Some of the most popular spots for kitesurfing include Long Bay Beach in the village of Somerset and the sandy-bottomed Cooper’s Island Nature Reserve.

Bermuda is shaped like a fish hook, which is perfect for a world famous destination for big game fishing. In fact, the island is the gateway to some of the best deep-sea fishing in the Atlantic, with marlin, tuna and wahoo all found just offshore. If you’re visiting in July, you can also witness the excitement of the Bermuda Triple Crown Billfish Championship. During this great fishing tournament, teams of fishermen set out on the turquoise waters of Bermuda to catch and weigh as many fish as possible over several busy weekends.

Bermuda’s coral reefs, rugged coastline and windy conditions may have sunk hundreds of ships over the years, but it’s these (somewhat ironically) natural credentials that now make Bermuda an incredible stopover for travelers. superyachts, with a range of activities to entertain everyone on board.

To find out more about what Bermuda has to offer superyacht visitors, click here.