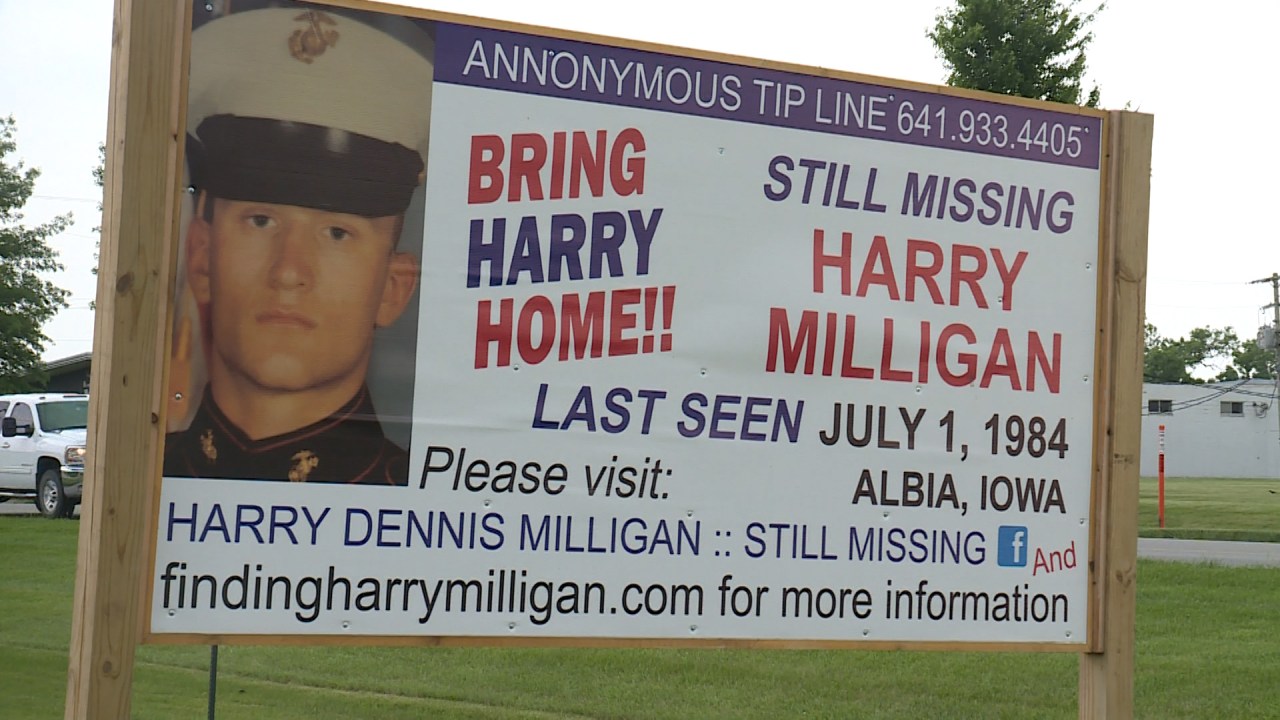 ALBIA, Iowa – Harry Milligan disappeared from Albia on July 1, 1984 at just 21 years old. Thirty-eight years later, people aren’t giving up trying to find answers about where he might have gone.

“I probably drove all the gravel roads in Monroe County trying to find him,” Milligan’s brother Mark Milligan said.

A private dive team, Chaos Divers, is the latest entity to handle the missing person case of Harry Milligan. The Illinois-based team has spent the past week looking for clues in and around Albia.

“It’s something good that we can do, we can get the sonar and try to help solve cold cases,” said Chaos Divers founder Jacob Grubbs.

The team specializes in finding vehicles underwater. Milligan’s car has also never been seen since her disappearance.

“In our work, we brought ten people home,” Grubbs said.

The dive team found no trace of Harry Milligan, but Mark said even finding no answers provided answers on its own.

The Chaos Divers moved on to another mission in Missouri after Wednesday’s search. The team said they plan to return, and Mark Milligan will continue to search for Harry in the meantime.

“I told Mark I would do whatever it takes,” Grubbs said. “We did it, as a team.”

“I know I’ll find it one day,” said Mark Milligan. “Whether that’s when I meet my maker or not, I know I’m not going to give up.”