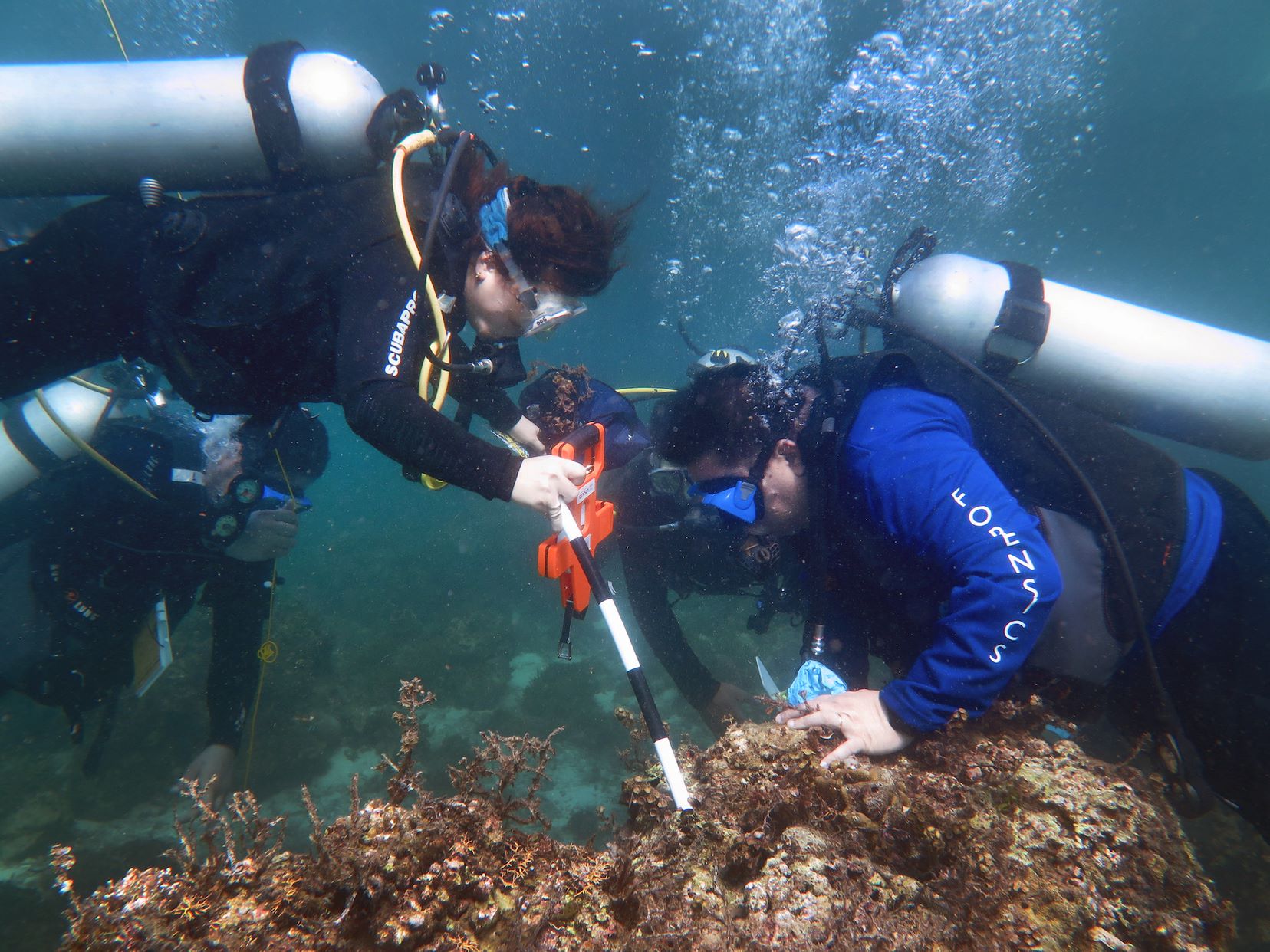 As part of USAID’s Sustainable Biodiversity, Oceans, and Landscapes (SIBOL) interventions project, 27 representatives from agencies such as the Department of Environment and Natural Resources and the Bureau of Fisheries and Aquatic Resources (BFAR) participated in training focused on environmental enforcement. issues such as coral reef crime scene investigations, marine wildlife forensics, oil spills, and marine and coastal pollution.

Participants attended lectures with international experts and gained hands-on experience through scuba diving sessions simulating responses to environmental crime scenarios, such as the destruction of coral reefs due to grounding of ships, blast fishing and poaching. The training supports the Philippines National Action Plan to Combat Wildlife Crime and its goals of strengthening law enforcement to conserve endangered species and reduce threats to biodiversity.

“With the wealth that the Philippines is endowed with comes the responsibility to conserve these resources in a sustainable and regenerative way,” said USAID Acting Director of the Environment Office, Dr. John Piggot. “We hope that this activity will lead to increased cooperation between law enforcement agencies on coral reef cases, the improvement of existing local training modules on reef protection and the development of local policies and protocols on coral reef surveys”.

A joint USAID and BFAR report released last year found that illegal fishing accounted for 27-40% of fish caught in the Philippines in 2019, which amounts to around Php62 billion ($1.3 billion). per year.