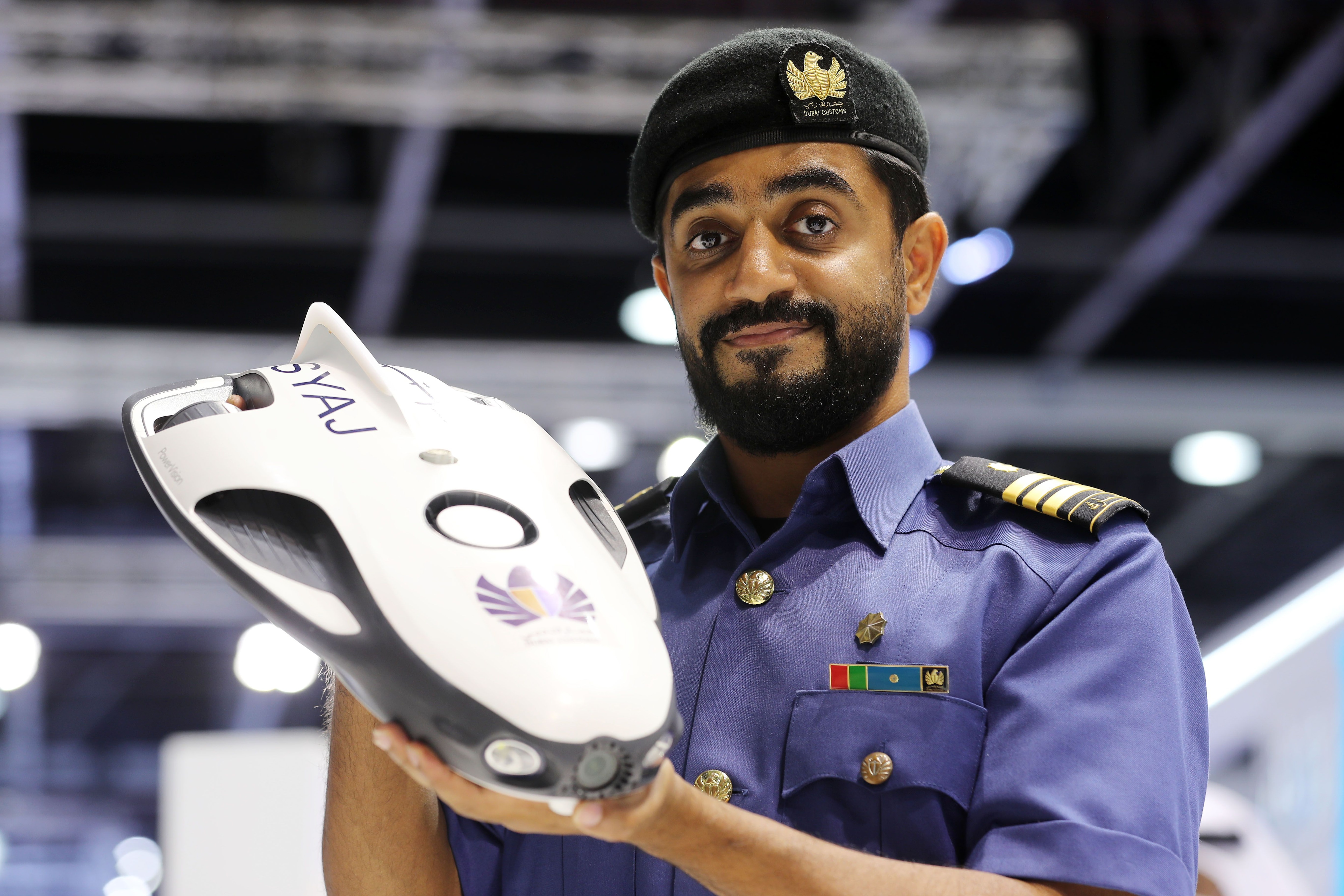 An underwater drone used to thwart drug traffickers attempting to smuggle into the United Arab Emirates has been on display at the Gulf Information Technology Exhibition (Gitex) in Dubai.

The Syaj mini-submarine, a remote-controlled drone for underwater surveillance, has been in use by Dubai Customs since August 2020.

The stealth craft can travel at 15 kilometers per hour and has a range of about 30 meters from the controller.

Equipped with a 4K high-definition camera, it takes live video and clear photographs to allow investigators to perform a more in-depth inspection of ships arriving at dock.

Normally, if we want to inspect a boat, we inspect cabins and decks, but we’ve always had challenges when trying to check under a ship on its hull.

“We are looking for drugs that are sometimes attached to the bottom of boats,” said Nawaf Hussein Habash Saleh, Dubai Customs Inspectorate.

â€œSmugglers are always looking for new ways to smuggle goods into the United Arab Emirates.

“Now with this submarine submarine, we can take it up to 50 meters deep to do a more complete analysis of a boat.”

The robots assemble on the third day of Gitex 2021 at the Dubai World Trade Center. All photos: Antonie Robertson / The National

The drone is also being used in the war on drugs at the port of Jebel Ali, which has the capacity to handle 22 million freight containers per day.

Bags of pills, usually tramadol and Captagon, are common transport – but officers are also on the lookout for explosives and other illegal contraband such as counterfeit goods.

This year, Dubai Customs intercepted a container in Jebel Ali in which three million Captagon pills were hidden among spare parts for engines.

The drug is a potent amphetamine, often used by soldiers in war-torn regions, as it acts as a stimulant, increasing alertness, concentration and physical performance.

It is highly addictive and can lead to bouts of depression and serious heart problems and is illegal in the United Arab Emirates.

The Syaj drone monitoring unit spotted bags of illegal pills attached to the hulls of wooden boats coming from Iran.

“It only uses cameras but with the experience of the inspection team, it is very useful in detecting this kind of contraband,” said Saleh.

â€œNormally if we want to inspect a boat, we inspect cabins and decks, but we’ve always had challenges when trying to check under a ship on its hull.

â€œThe images go to our operations office and when they assess the images, they decide if we need to do more research. “