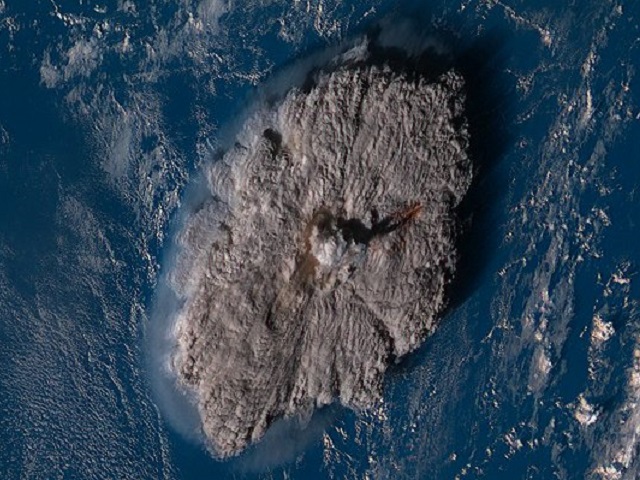 Eruption of the Tonga volcano: A massive underwater volcanic eruption was recorded in the small island nation of Tonga on January 15, 2022. The event triggered a tsunami warning along the Pacific coast. Tsunami waves have been seen crashing on Tonga’s shores, but the extent of the damage is unclear as the Pacific island nation remains cut off from the world with a downed communications line.

The force of the volcanic eruption was such that tsunami warnings were issued in Japan, Australia, New Zealand, Fiji, Russia, Chile and the United States. Tsunami waves were seen in Amami-Oshima Island, southern Japan, and many other places along the coast on January 16.

The Japan Meteorological Agency has issued tsunami warnings for the Amami Islands and the Tokara island chain in Kagoshima Prefecture. A 120 centimeter tsunami wave was observed at Kominato on Amami-Oshima Island. In addition, tsunami waves of up to 90 centimeters have been observed along the Pacific coast of Japan, from the southern island of Kyushu to the northern island of Hokkaido.

An evacuation order has been issued for at least 230,000 people in eight prefectures across the country. People were asked to stay on high alert and evacuate to higher ground. Russia also issued tsunami warnings as waves of up to 20 centimeters were expected in the Russian Kuril Islands. More than 100 families were also evacuated from Samoan coastal villages.

We keep the tsunami warning for the Pacific coast on our radar!

Check out this satellite footage of the underwater volcanic eruption that’s making waves around the world: pic.twitter.com/7rn4HOxIlT

Know the eruption of the Tonga volcano in 7 points

2. The volcanic eruption was so powerful that it was recorded around the world. It triggered a tsunami warning that flooded Pacific coasts from Japan to the United States.

3. The underwater volcanic eruption in Tonga caused “significant damage” to the island’s capital, Nuku’alofa. The city would be covered with a thick volume of volcanic dust and communications would be cut off.

4. The ash cloud in Tonga is said to have contaminated its water supply and caused severe air pollution and the nation needs water supplies.

5. King Tupou VI of Tonga is said to have been evacuated from the royal palace at Nuku’alofa and taken to a villa far from the coast.

6. Satellite images show the long, rumbling eruption of the Hunga Tonga-Hunga Ha’apai volcano, which spewed smoke and ash into the air, with a thunderous roar that was heard 10,000 kilometers (6,000 miles) away in Alaska.

seven. The volcanic eruption lasted about eight minutes and sent plumes of gas, ash and smoke several miles into the air.

Casualties and impact on Tonga

No injuries or fatalities have been reported so far, but a full assessment of the situation is still pending as lines of communication are still down. According to New Zealand Prime Minister Jacinda Ardern, Tonga’s capital, Nuku’alofa, suffered “significant” damage from the powerful underwater volcanic eruption.

New Zealand’s Ministry of Defense has advised that the nation will send an Air Force reconnaissance aircraft “as soon as weather conditions permit”.

The massive underwater eruption triggered tsunamis across the Pacific with 1.74 meter waves seen over 10,000 km away in Chanaral, Chile, and smaller waves seen along the Pacific coast of the Alaska to Mexico.

Santa Cruz in California, USA was hit by flooding due to a tidal wave generated by the tsunami. Peru also closed nearly 22 ports as a precaution and waves of around 1.2 meters battered along Japan’s Pacific coast.

Japan has canceled tsunami warnings issued after the massive volcanic eruption for all of its regions since the threat passed. The Pacific Tsunami Warning Center in Hawaii also said the threat of the eruption had passed.

Park Ranger (I) (Diver) Job in Ventura, CA – Department of the Interior