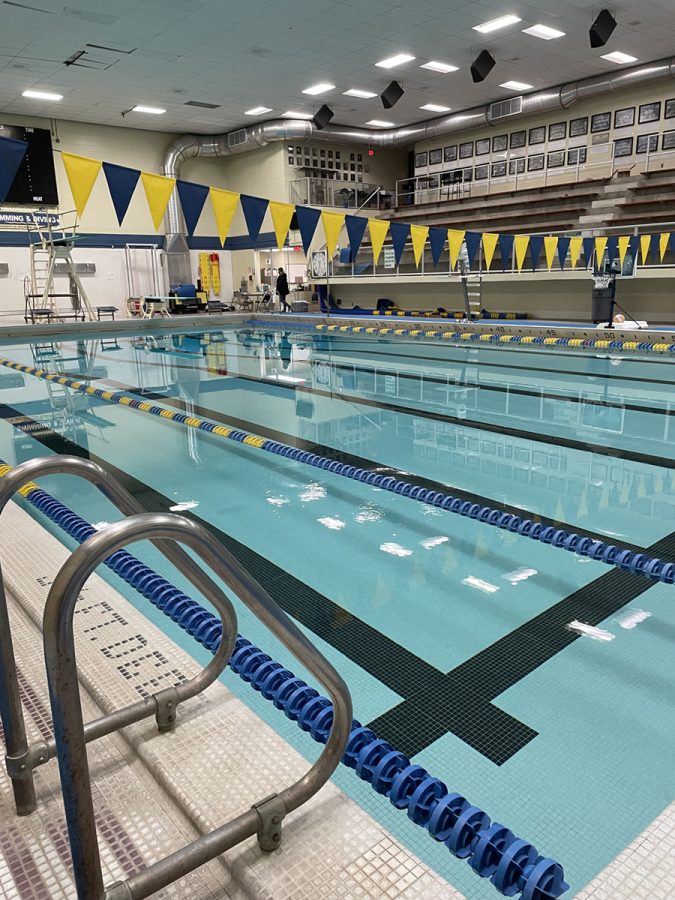 The UW-Eau Claire swim and dive teams held their first double conference meet of the season at UW-Oshkosh on October 15.

Both the men’s and women’s teams are 1-0 so far this season, with both teams claiming victory. They won 24 of the 26 events in the competition.

Kadin Denner, a transfer sophomore and distance freestyler, set a pool record for the 1,000 meter freestyle. His time was 9:51.88.

Grant Lee, a sophomore in accounting and finance, said the team was very pleased with their performance in Oshkosh last weekend and are looking forward to what the rest of the season has in store.

“I think we all did very well. We had a lot of great races in the men’s and women’s races at all levels,” said Lee. “It was definitely a good starting point for the season.”

Elaine Proefrock, a sophomore in exercise science and kinesiology, won three events at the competition. She placed first twice in the 1,000 yard freestyle and once in the 500 yard freestyle.

“The culture and camaraderie the team shares are some of our strengths,” Lee said. “Every day, we arrive with the same state of mind. We are ready to work and ready to do our best no matter what comes our way.

Maya Frödla third-year pre-health biology student, said the team is known for their energy and enthusiasm in the pool.

“Our energy contributes to our performance in the pool. I think we executed that perfectly this weekend,” said Frodl. “The energy on deck was electrifying and that translated to a lot of people swimming.”

According to Frodl, the UW-Eau Claire swim and dive teams are among the few teams in the conference that successfully turn an individual sport into a team environment.

“Our goal is just to be there for each other,” Frodl said. “Swimming can be a very mentally draining sport and we’re good at being there for the people who need it most.”

The team is coming off a very narrow conference loss in the 2021-22 season, according to Lee.

The men’s team lost to UW-Stevens Point by just two points. For the women’s team, UW-Lacrosse is the school to beat.

They won by 56 points last year, according to Blugold Athletics.

According to Lee, they have worked hard to improve their times and come back stronger this year.

“The team works very hard to maintain a positive attitude,” Lee said. “The more positivity and encouragement we have around the pool, the better we will perform.”

Lee said the team hopes to maintain its strong performance. They were very pleased with the good start to their first encounter as a duo and can’t wait to see where the season takes them.

Their next conference double meet is at 1 p.m. on Oct. 22 at UW-Stevens Point.

Allessi can be reached at [email protected].