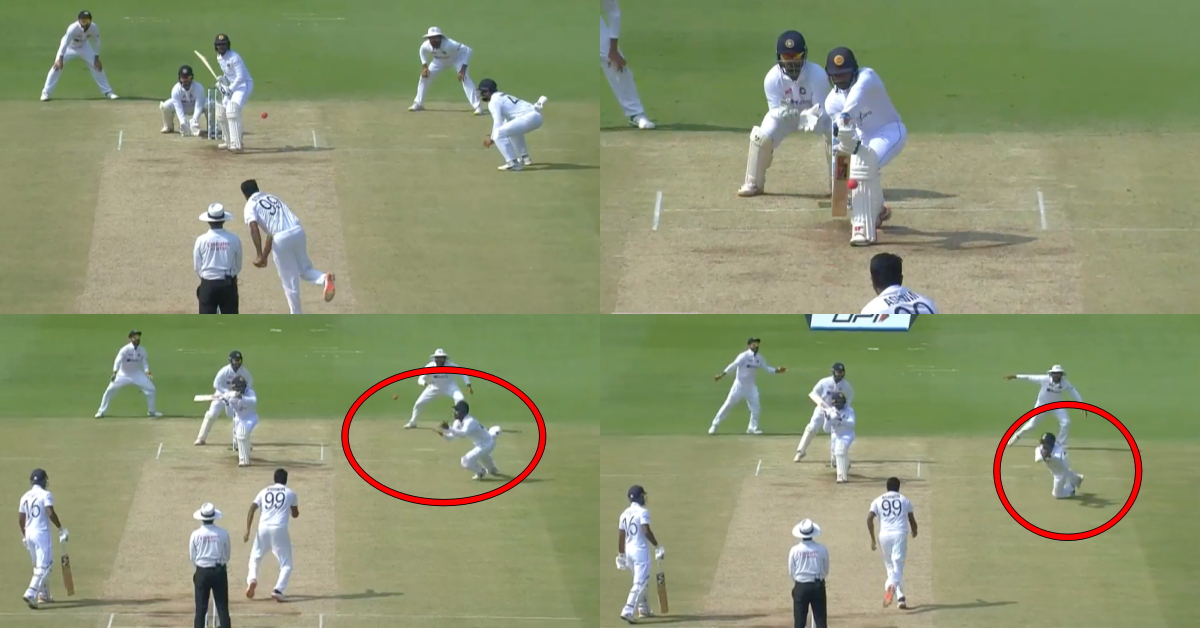 Dhananjaya de Silva, 30, did not perform well in either leg of the pink ball test match against India. In the first innings of the game he only scored 10 runs on 24 balls and in the second inning he could only score 4 runs on 21 balls before going out in the Ravichandran Ashwin’s over.

On the 5th ball of the 28th, Ashwin stayed around the wicket and kicked the ball. Sri Lankan batsman De Silva came forward to defend him but he ended up defending with the bat away from the body and the ball took the inside edge. The ball lobbed the front pad and Vihari, who was short-legged, dove to his left, with both hands to complete the catch.

Sri Lanka get off to a positive start on Day 3

Sri Lanka’s national cricket team got off to a refreshing and positive start to the third day of the pink ball test match against India.

Chasing a huge target, Lahiru Kumara was sent back by Jasprit Bumrah in the first on himself and at stumps on day 2, Sri Lanka was 1/28 in 7.0 overs.

However, on day three, captain Dimuth Karunaratne and Kusal Mendis struck brilliantly against the Indian bowling unit adding 97 runs from 115 balls before the latter was fired by Ravichandran Ashwin. He made 54 runs on 60 balls, including 8 on all fours.

Get All Cricket Match Predictions and Fantasy Tips – CLICK HERE