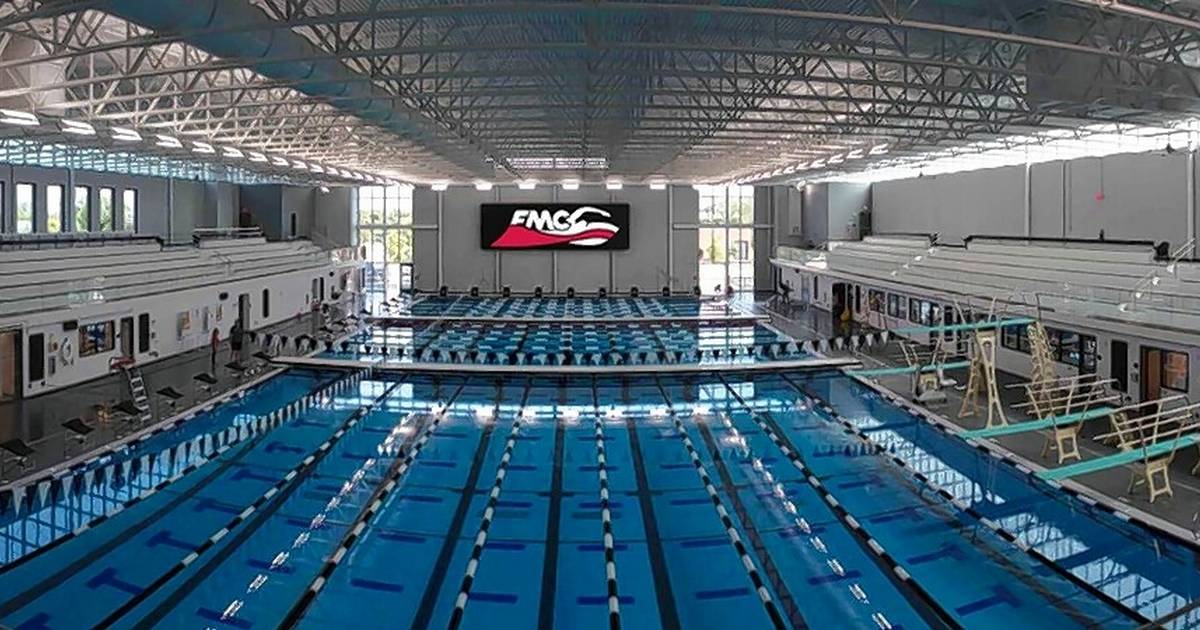 Featuring an Olympic-sized competition pool, the Westmont FMC Natatorium opened in 2020 and is one of the first facilities of its kind in the Midwest. The State Finals there will be co-hosted by Hinsdale Central High School and Hinsdale South High School starting in the 2021-22 school year and will also encompass the 2022-23 and 2023-24 State Finals.

“The FMC Natatorium is honored to be selected as the new venue for the IHSA State Swimming and Diving Championships,” said Dave Krotiak, FMC Natatorium Facilities Manager. “We look forward to continuing the traditions, enthusiasm and quality of events established by IHSA. Hinsdale School District 86 is the perfect host with a strong leadership team led by Dan Jones (Hinsdale Central) and Art Ostrow (Hinsdale South A special thank you to the Township of Evanston and New Trier High School for the many years supporting the dreams of student-athletes in swimming and diving. “

The FMC Natatorium is a state-of-the-art venue that features 1,400 seats, a deck capacity of 800, warm-up and cool-down pools and a video dashboard with an integrated timing system.

“We have been following the progress of the FMC Natatorium since MaryAnn and Mark Kaufman announced their vision for this facility,” said Craig Anderson, Executive Director of IHSA. “We recognized that the amenities of this natatorium would make it ideal for hosting what is considered to be one of the best high school swimming competitions in the country. We believe this is where the high school swimming and diving community of Illinois wants the state to come together. held, despite the incredible history that has been made in New Trier and Evanston. We are excited about the future of the FMC Natatorium, while looking back with nothing other than affection and appreciation for all that New Trier and Evanston have contributed. “

New Trier first hosted the IHSA Men’s Swimming and Diving State Finals in 1937 and has hosted the event more than any other venue in the state’s history. New Trier hosted consecutively from 1943 to 1957, before alternating these responsibilities with the Township of Evanston from 1958. Apart from two years at Hinsdale South (1982, 1986) and one at Downers Grove South (1980), every boys state reunion has been held in New Trier or Evanston since 1943. The IHSA Girls State Finals debuted in New Trier in 1975 and apart from one year each at Downers Grove South ( 1976) and Downers Grove North (1979), are held annually in New Trier or Evanston. since.

“It has been an honor for New Trier High School and Evanston Township High School to jointly host the IHSA Boys and Girls National Swimming and Diving Finals,” said Augie Fontanetta, Director of Athletics for New Trier. , who also sits on the IHSA Board of Directors. “It is a unique and special experience to be associated with the history and tradition of this incredible state tournament. However, it is the right move for high school swimmers and divers in our state. FMC Natatorium is a world class facility and offers a significant number of ancillary benefits for competitors and spectators. I look forward to seeing our student-athletes compete there as we write the next chapter of IHSA State Swimming & Diving at Westmont. “

The IHSA will host its first round of esports states in April 2022 with the inaugural state tournament featuring three titles: NBA2K, Rocket League and Super Smash Brothers.

“It is exciting any time we can expand IHSA’s mission by providing another opportunity for students to represent their schools in competition,” said Anderson. “We appreciate the time and effort of our staff and committee members who helped us get to this point.”

“Much like when IHSA added bass fishing, some may wonder how esport fits into IHSA’s offerings, but we’ve never wavered in our belief that we want to align the association on the interests of our high school students, ”Anderson said. “Research shows there are educational, mental and social benefits to having students compete for their high school in any activity or sport, so we look forward to high school students in Illinois who are passionate about esports. can benefit from these advantages. “

The IHSA esports report series will be held during Weeks 42 and 43 of the IHSA Standardized Calendar (April 17-April 30, 2022). Association staff will immediately begin the process of finding a final home location for the state and submit a recommendation to the board later this year.